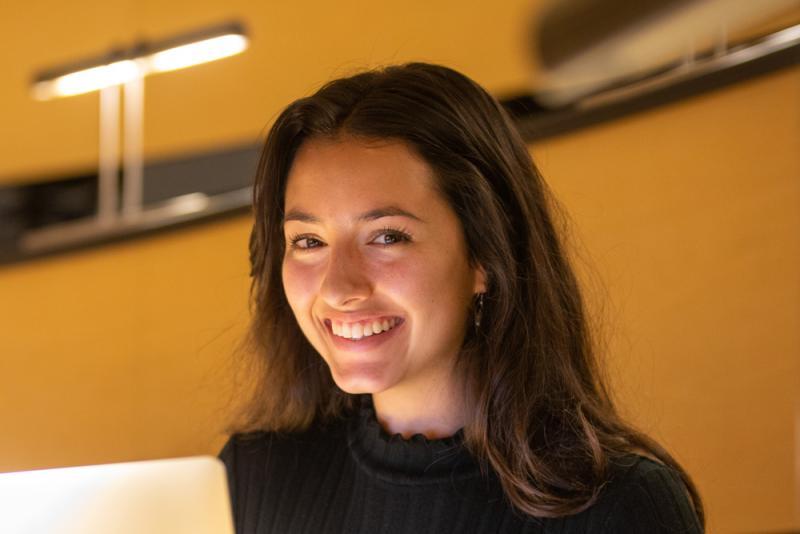 Lillyana grew up in a small town in northern California and found the mindset at her junior college surprising: get in and get out. She wanted a friendlier college experience and a challenging music program. She chose Westmont, which offered her a vocal scholarship, over a big city music conservatory. “I felt wanted at Westmont,” she says.

She transferred as a sophomore. “I wasn’t treated like a freshman when I got here,” she says. “People wanted to know my story.” Her professors make time for her and want her to succeed. As she wrestled with the thought of changing her major after a particularly difficult course, her professor reached out to help. “Dr. Butler noticed and cared,” she says. “He helped me press on and thrive in music. Westmont gave me my confidence because my professors had confidence in me.” She participates in the dance team (NSTEP), College Choir, and Chamber Choir. “When I stopped worrying about whether I fit in and simply committed to the Westmont community, everything fell into place,” she says.