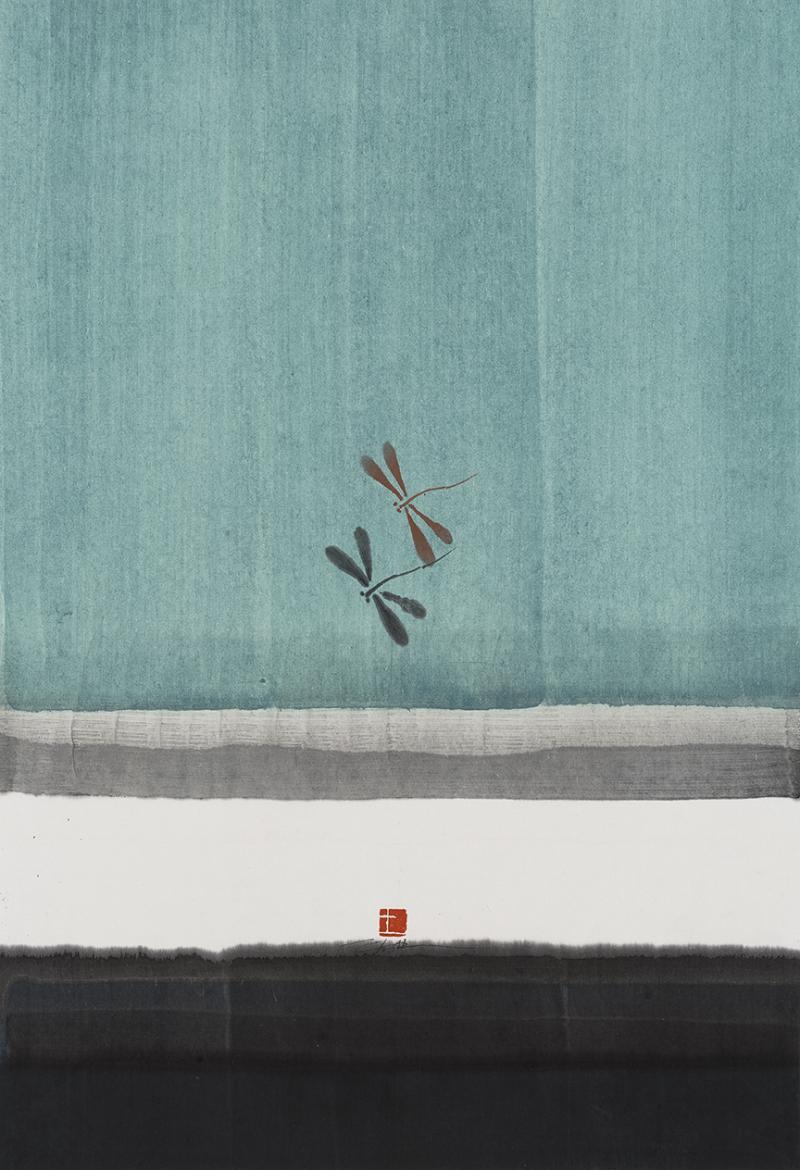 Walking with the Lord, on earth as in heaven;
Following Christ, taking the path of the Cross;
Now is the time for a test of faith.
—Chunye He

English cleric and scholar Augustus William Hare (1792-1834) once said, “Life is the hyphen between matter and spirit.” It is where the two merge. But it can also be short and fraught with hardship, suffering and loss. Chunye He’s work, variously titled Walking Together and Walking Alongside, is a poetic rendering of the way family, friends, and God “walk alongside” us especially in times of trouble and loss, whether we recognize it or not. Life-threatening illness, financial losses, family and community strife, and the fundamental uncertainty and heartache they bring are the backstory of this assurance He claims that we never face life’s challenges alone. Painting in a Chinese ink-wash medium that is both ancient and new in style, He uses the traditional symbol of the dragonfly, an insect that has a short but joyful life, flitting from place to place, to represent human beings and these two aspects of life that are in tension with one another. The red stamp of the Chinese character for “earth” marks the meeting of human and divine in that place, a character that interestingly takes the form of a cross.