Gaede Institute | Programs The Conversation on the Liberal Arts

A Conversation on the Liberal Arts

In the winter of 2001, the Institute for the Liberal Arts held its first Conversation on the Liberal Arts,  a two-day conference held January 19th and 20th. The conference brought together distinguished scholars and members of the broader society from around the country to discuss the state of the liberal arts at the dawn of the new millennium. 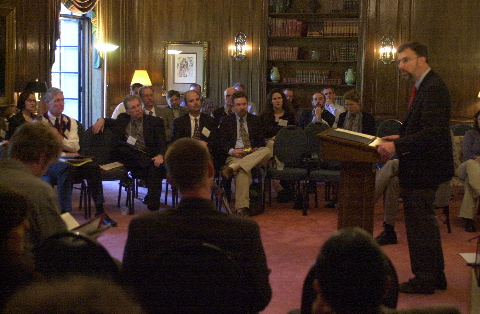 The final session was led by Eva Brann of St. John's College. She offered a vision of the future of the liberal arts that focussed on preserving tradition, provoking much discussion about what tradition or traditions should be represented in a liberal arts education as well as whether the pursuit of new knowledge has a place in such an education.

The conference also included a public lecture given jointly by Robert Erburu, former chairman of Times Mirror Company and Stephen Meier, director of the Pfaffinger Foundation. Erburu and Meier stressed the value in the professional world of the skills and values fostered by a liberal arts education. They encouraged liberal arts colleges to maintain their distinctiveness, insisting that by offering a communal learning environment, an integrative approach to education, and a commitment to their students' character development, liberal arts colleges play a crucial role in American higher education.

By the end of the conference, the only regret was that there hadn't been more time to discuss the issues raised, and the many others that might have been. Our conversation felt like it was just a beginning. Indeed we trust that it will be just a beginning, and that Westmont will become a place where dialogue about the fundamental questions and challenges that face the liberal arts can continue. 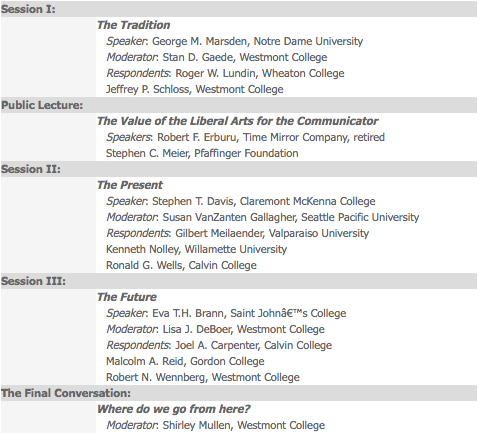 The Value of the Liberal Arts for the Communicator