Vocation, Vocationalism, and the Liberal Arts

Much has been said in recent years about the relationship between liberal education and career preparation. Many in our society—students, parents, policy makers—think of higher education primarily as a career credential. This often puts liberal education on the defensive. What good is classical Indian civilization, or the Copernican revolution, or first-wave feminism on the job market? 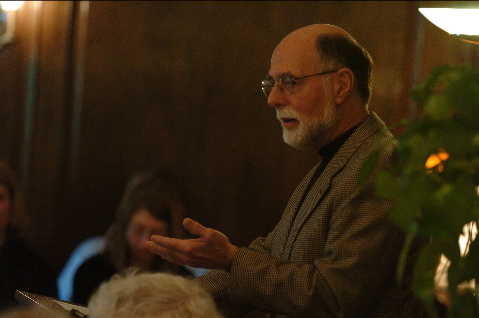 These are the questions explored at the fourth annual Conversation on the Liberal Arts. In particular, we asked whether, instead of resisting vocationalism, we might draw on students' concerns for their future place in society, transforming those concerns into the pursuit of a vocation or calling.

Those serving as catalysts for our conversations were William Sullivan, senior scholar at the Carnegie Foundation for the Advancement of Teaching, Sabine O'Hara, vice president for academic affairs at Concordia College, Moorhead, and Nicholas Wolterstorff, professor emeritus at Yale University and Yale Divinity School. 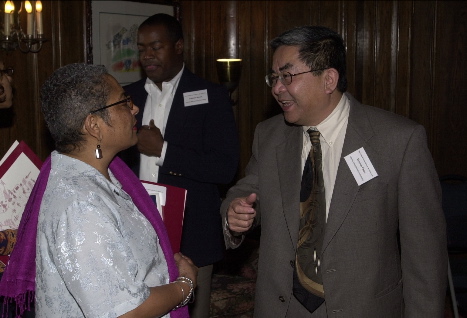 Sullivan opened our conversation with an insightful account of the relationship between liberal and professional education, arguing that the distinction between the two is not so sharp as is often assumed. His argument included a far richer understanding of what it means to be a member of a profession than is typically assumed, and showed that professional education, in its fullest sense, rests heavily on elements of a liberal education.

O'Hara followed with a discussion of the historical development of the idea of vocation especially in the early Reformation, the moment when vocation ceased to be limited to specifically religious roles and come to be seen as relevant to all forms of work. She then offered a model of how a liberal education can be engaged with the needs of the community.

Wolterstorff closed our conversation by focusing on the concept of liberal education, arguing that, while liberal education can have tremendous practical value, it is not essentially directed toward practical ends and need not be justified by those ends in order to have a secure future.

All three presentations, and their responses, provoked much discussion. What emerged was a deeper appreciation for the relationship between liberal education and engagement with our local communities and the broader society, as well as ongoing questions about the nature of liberal education. 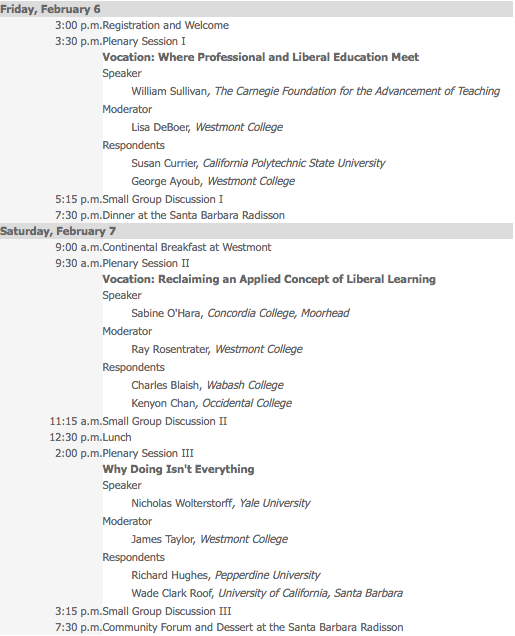