Beyond Two Cultures: The Sciences as Liberal Arts 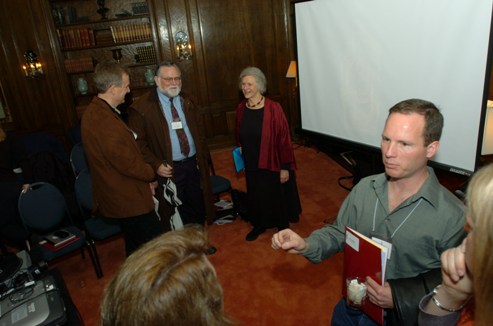 The fifth annual Conversation on the Liberal Arts tackled this issue: what roles can the sciences play in a liberal arts education? We addressed both more theoretical questions, such as how the sciences help us interpret the meaning and value of our lives, to more pragmatic questions like how to teach the sciences as a part of a liberal arts curriculum, to questions of academic culture like how to overcome the persistent cultural divide between scientists and humanists.

Our speakers included: S. James Gates, John S. Toll Professor and Director of Center for String & Particle Theory at the University of Maryland , a leading figure in the development of string theory and articulate spokesperson for the importance of science education for our society. To learn more about Dr. Gates, Dame Gillian Beer, King Edward VII Emerita Professor of English Literature at the University of Cambridge , whose work has explored the impact of major 19th and 20th century scientific developments on broader cultural movements. To learn more about Dame Beer, and Jon Christensen, former Steinbeck Fellow at San Jose State University and coordinator of the recent Sea of Cortez Expedition and Education Project recreating the voyage taken by John Steinbeck and marine biologist Edward Rickets examining marine life along the coast of the Baja Peninsula. To learn more about the Sea of Cortez Expedition , visit their site at www.seaofcortez.org.

Registration of the conversation on the liberal arts was limited to college and university faculty and administrators. However, Jon Christensenâ€™s presentation was open to the public at Fess Parkerâ€™s Doubeltree Hotel in Santa Barbara. 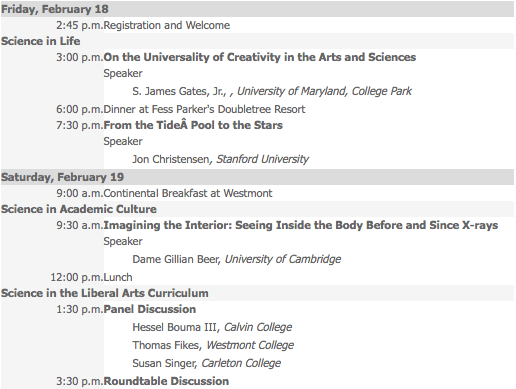 From the Tide Pool to the Stars: Sailing with the Spirits of John Steinbeck and Ed Ricketts on a New Voyage of Discovery around Baja California
Jon Christensen, Stanford University

On the Universality of Creativity in the Liberal Arts and Sciences
James Gates, Ph.D., University of Maryland, College Park