From Inquiry to Impact: Social Transformation through Liberal Learning 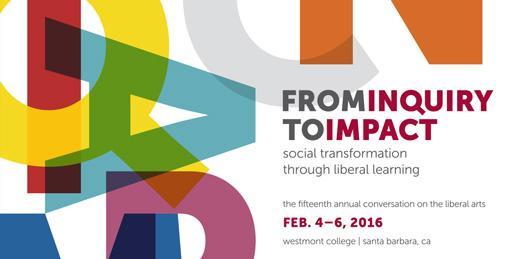 What knowledge, skills, and character traits are essential for addressing our most critical social challenges, and how can a liberal arts education help develop them?

Our conversation will include a broad array of participants. Faculty and administrators who wish to foster change-making commitments and capacities among their students are encouraged to attend. But we also—and perhaps especially—need to hear from those who bring perspectives from outside the academy: practitioners engaged in non-profit work, social entrepreneurship, or religious ministry; policymakers, whose work gives them distinctive tools for producing change; and students, whose interests and concerns will determine the shape of future social progress.

Might an education blending Chaucer and Chinese history, Kant and accounting, or genetics and gender studies be just what we need to address our most pressing problems? Let’s find out together. 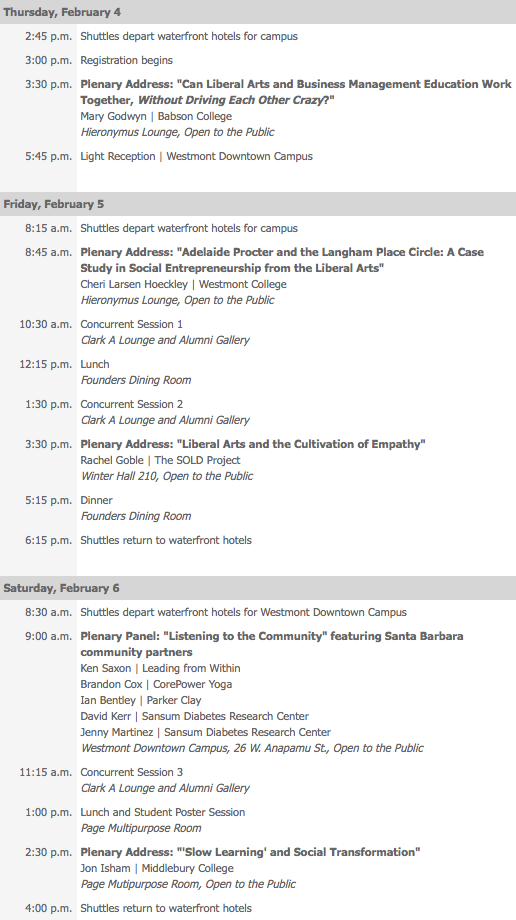 Rachel Goble is the co-founder and president of The SOLD Project, a nonprofit agency that works to combat the sexual exploitation of women and children. A graduate of Westmont College, Ms. Goble has a background in business and marketing and holds a Masters in Intercultural Studies from Fuller Seminary. She has been especially active in narrating the experience of human trafficking, and served as a producer on three films: "Travel With Us," "Five Years," and "The SOLD Project: Thailand." She has spoken widely about strategies for preventing exploitation, visiting 27 US cities between 2008 and 2015. The Sold Project was the recipient of Nike's Girl Effect Award in 2013 and is on Greatnonprofits.org's list of top-rated organizations, and Ms. Goble was recognized as a finalist for the Edna Social Justice Award in 2012.

Mary Godwyn is a professor of sociology at Babson College and a specialist in the integration of liberal education and entrepreneurship. She has consulted with colleges and universities to create integrated programs, presented on this topic in the US, UK, and New Zealand, and authored "Can Liberal Arts and Entrepreneurship Work Together?" (Academe, 2009). A graduate of Wellesley College and Brandeis University, her research focuses on social theory as it applies to issues of inequality, and her areas of expertise include feminist theory, business ethics, diversity and inclusion, and the sociology of entrepreneurship. Dr. Godwyn's recent publications include Minority Women Entrepreneurs: How Outsider Status can Lead to Better Business Practices (Stanford UP, 2011) and Ethics and Diversity in Business Management and Education (Springer-Verlag, 2015). She has received numerous awards for her work; her business ethics case, "Hugh Connerty and Hooters: What is Successful Entrepreneurship?" won the Dark Side Case Competition sponsored by the Critical Management Studies Interest Group in 2008. Babson College recently recognized her with the Nan Langowitz Women Who Make a Difference Award, and in 2013 she was the recipient of the Women's Leadership Award, World Corporate Social Responsibility Congress in Mumbai, India.

Jon Isham is the director of the Center for Social Entrepreneurship (CSE) at Middlebury College, which he co-founded in 2012. The CSE, a recognized leader in the integration of social entrepreneurship and the liberal arts, helps students use tools and strategies of entrepreneurs to bring about positive social change. As the first Ashoka U Changemaker Campus in the liberal arts, Middlebury has played a leading role in supporting new social innovation programs at other colleges nationwide. His current research focuses on the determinants of success of student-led social entrepreneurship projects. Dr. Isham co-edited Ignition: What You Can Do to Fight Global Warming and Spark a Movement (Island Press, 2007) and Social Capital and Economic Development: Well-being in Developing Countries (Edward Elgar, 2002). He graduated cum laude from Harvard, served in the Peace Corps in Benin, and then earned his master's in international studies from Johns Hopkins University and his doctorate of economics from University of Maryland at College Park before joining the Middlebury faculty in 1999.

Cheri Larsen Hoeckley is a professor of English at Westmont College, where she has taught since 1997. Specializing in Victorian studies and gender studies, her current projects concern the intersection of faith, gender, and sexuality. A graduate of UC Berkeley and UT Austin, she is the editor of Shakespeare's Heroines (Broadview, 2005) and the author, most recently, of "The Dynamics of Forgiveness and Poetics in Adelaide Procter's 'Homeless'" (Literature Compass 11.2, 2014). Dr. Larsen Hoeckley has recently been active in shaping several areas of Westmont's curriculum; in addition to her central role in developing the college's Gender Studies Program, she has co-created and led the Westmont in Northern Europe semester, which explores conflict and peacemaking in Germany, Ireland, and England.

Can Liberal Arts and Business Management Education Work Together,Â Without Driving Each Other Crazy? 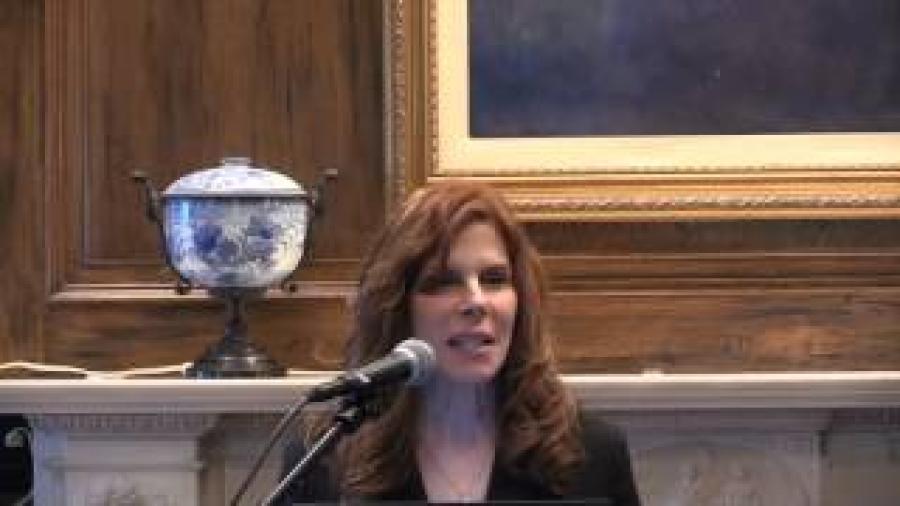 Mary Godwyn is a professor of sociology at Babson College and a specialist in the integration of liberal education and entrepreneurship.

Adelaide Procter and the Langham Place Circle: A Case Study in Social Entrepreneurship from the Liberal Arts 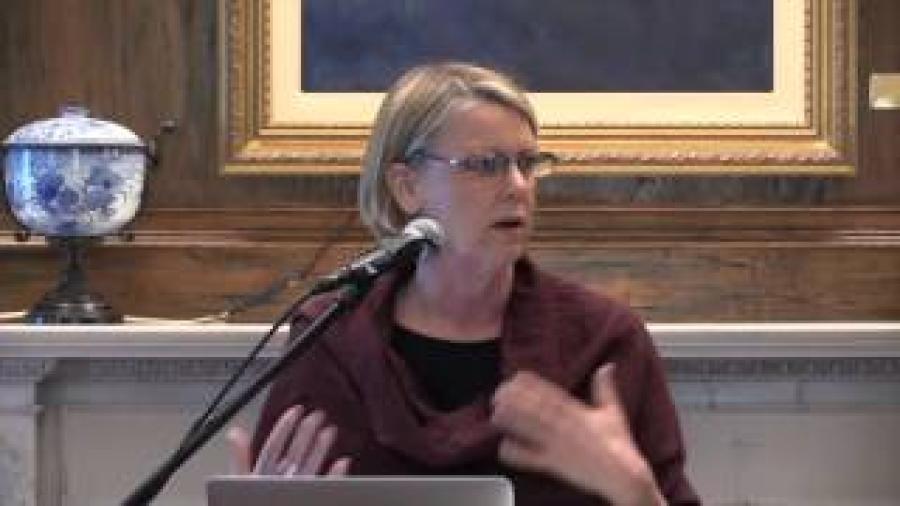 Cheri Larsen Hoeckley is a professor of English at Westmont College, where she has taught since 1997.

Liberal Arts and the Cultivation of Empathy 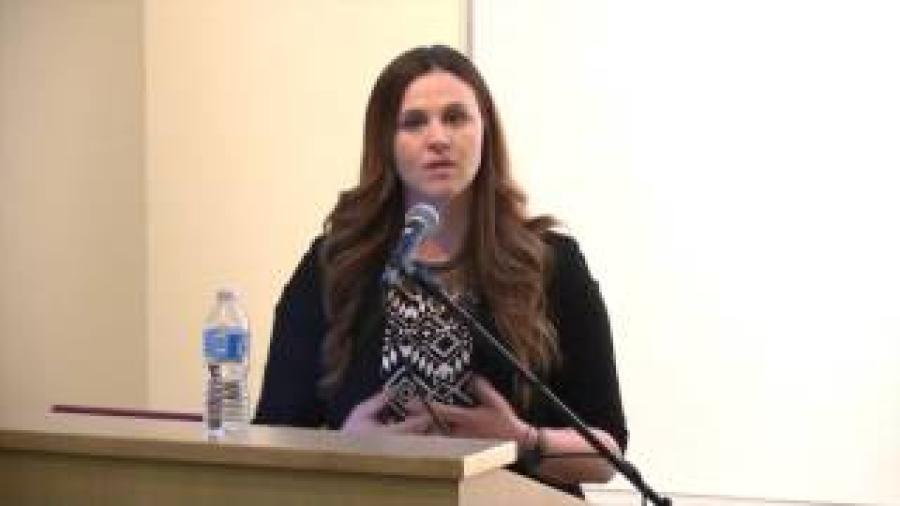 Rachel Goble is the co-founder and president of The SOLD Project, a nonprofit agency that works to combat the sexual exploitation of women and children. 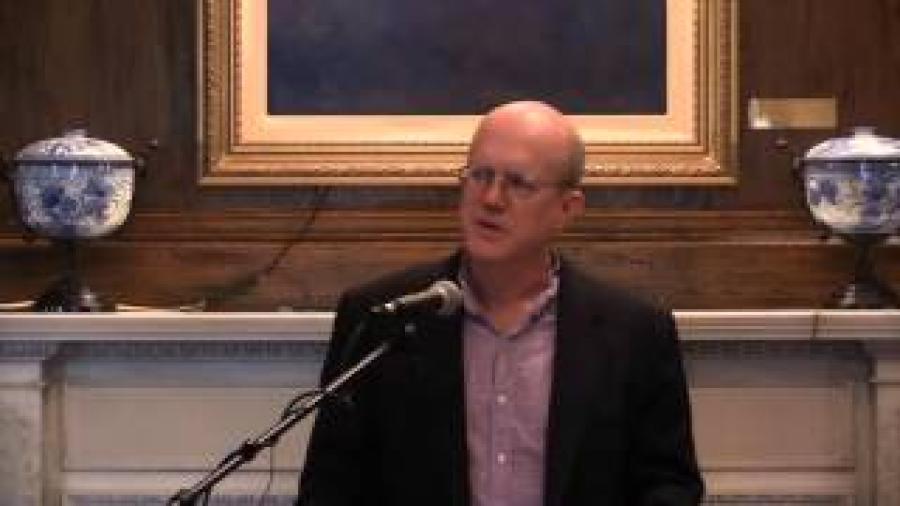 Jon Isham is the director of the Center for Social Entrepreneurship (CSE) at Middlebury College, which he co-founded in 2012.