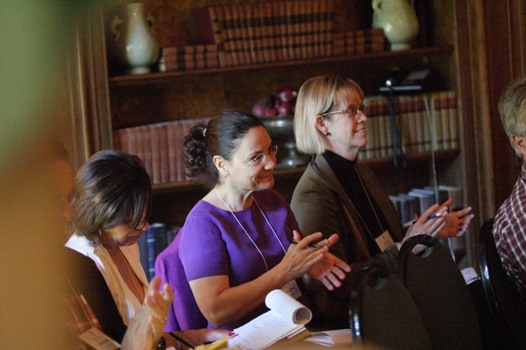 The program opened on Friday afternoon with a keynote address from Daryl Smith Professor of Education and Psychology at Claremont Graduate University. Dr. Smith is an expert on diversity in higher education and her work on assessment has focused on assessing diversity initiatives. The second keynote address was from Patricia King, Director for the Study of Higher and Postsecondary Education at the University of Michigan, who is currently taking part in the Wabash National Study of Liberal Arts Education.

In addition, we featured two panels addressing assessment from the point of view of accreditation agencies on the one hand and of liberal arts colleges and small universities on the other. Those representing accreditation agencies discussed the place of liberal arts colleges in their region and how their work with these colleges on assessment might differ from their work with other kinds of institutions. Our panelists were be Barbara Wright, Associate Director of the Western Association of Schools and Colleges (WASC), Robert Froh, Associate Director of the Commission of the New England Association of Schools and Colleges (NEASC), and Jill Reich, Vice President for Academic Affairs and Dean of the Faculty at Bates College.

The second panel explored assessment from the point of view of the liberal arts college or small university. Jim Appleton, Chancellor of the University of Redlands spoke from the presidential perspective. Charlie Blaich, Director of Inquiries at the Center of Inquiry in the Liberal Arts at Wabash College discussed assessing the distinctive outcomes of a liberal arts education. Mary Docter, Professor of Spanish at Westmont College, addressed faculty perspectives on assessment.

On Friday night the 2007 Conversation on the Liberal Arts featured a special performance of "The Syringa Tree," written by Pamela Gien and starring Gin Hammond.

The Syringa Tree is a deeply personal story of an abiding love between two families - one white, one black - and the two children that are born into their shared South African household in the early 1960s. Spanning four generations, the story is told first by six-year-old Elizabeth Grace as she tries to make sense of the chaos, magic, and darkness of Africa.

The Syringa Tree was written by Pamela Gien in the mid 1990s and has been performed around the world ever since, typically with one actress inhabiting all 24 characters.

Our actress, Gin Hammond, comes to us from Seattle, Washington. Ms. Hammond received her MFA from the American Reperatory Theatre Institute for Advanced Theatre Training at Harvard University / Moscow Art Theatre School. She has received a Helen Hayes Award as Outstanding Lead Actress for her performance of "The Syringa Tree," along with rave reviews. 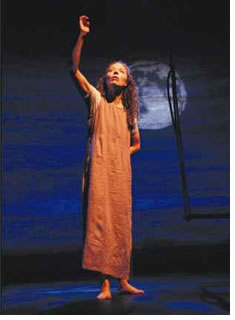 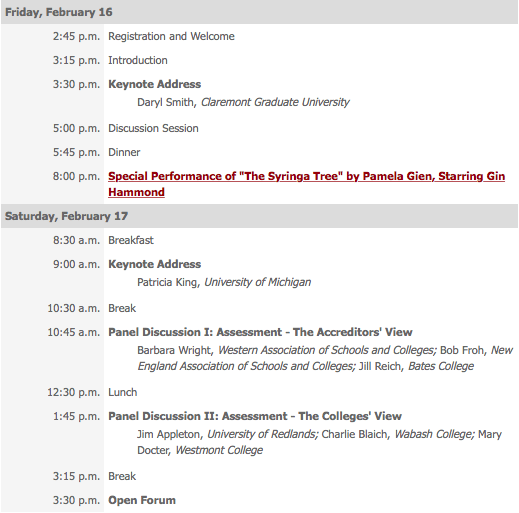