Liberal Arts and the Social Good 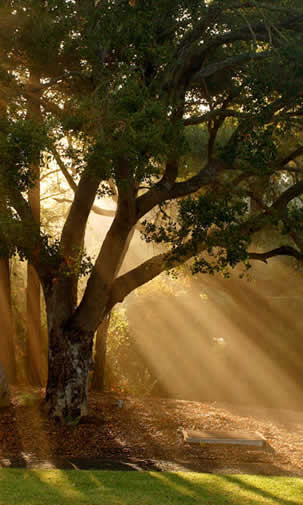 What educational models best serve our society’s needs in the twenty-first century? Many have entered that debate and many alternatives are being offered. STEM, MOOCs and a half-dozen other acronyms seem to be the wave of the future. Many of those alternatives make little space for liberal arts education: it’s not job-oriented; it’s too expensive; it can’t reach a mass audience; it’s irrelevant to the needs of a high-tech economy—just to name a few of the standard critiques.

Is this right? Is liberal arts education an anachronism, with little promise of contributing to contemporary society? Or does it continue to play important, perhaps even irreplaceable roles? “Liberal Arts and the Social Good,” the Gaede Institute’s fourteenth annualConversation on the Liberal Arts, will address these issues, exploring liberal arts education’s contributions to various sectors of American society. Some of these contributions are clear, but often overlooked. What other educational models explicitly seek to foster engaged, well-informed and critical civic participation? Others are less obvious. Might a vibrant business community or an advanced high-tech industry be strengthened by liberal arts education? This is just a sampling of the questions we’ll explore.

The catalysts for our conversation will be several outstanding contributors to discussions of liberal arts education: Georgia Nugent, former president of Kenyon College, now leading the Council of Independent Colleges’ campaign, Securing America’s Future: The Power of Liberal Arts Education; Anne Colby and Tom Ehrlich, co-authors of several books on the importance of liberal education for the professions, including Rethinking Undergraduate Business Education: Liberal Learning for the Profession; Larry Bucciarelli, emeritus professor of engineering at MIT and long-time advocate for the value of liberal arts education to the engineering profession; and Marilyn McEntyre, writer, professor of medical humanities at the UC Berkeley - UC San Francisco Joint Medical Program, and Fellow of the Gaede Institute for the Liberal Arts.

But you can contribute as well. We’re planning a range of concurrent sessions where you can discuss your research or experience. How do you see liberal arts education contributing to our society? What pedagogical strategies result in more engaged and reflective political participation? What curricular structures produce more creative professionals? What research experiences result in more effective involvement in the local community? Each of us is part of the larger contribution of liberal arts education in specific and concrete ways. Please share your part with us. 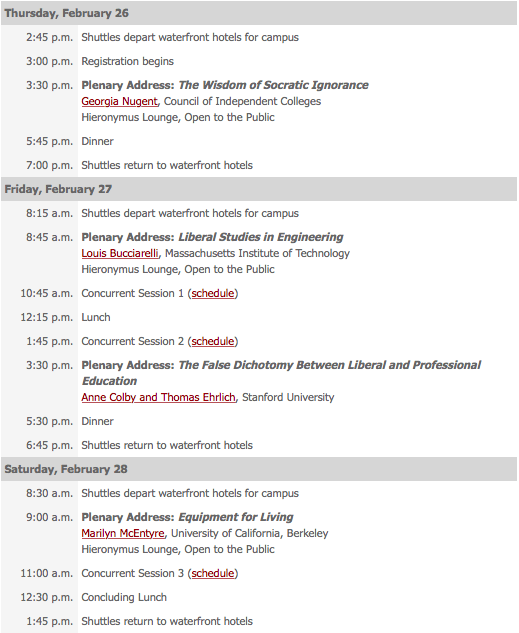 Anne Colby is Consulting Professor at Stanford University. Prior to that, she was director of the Henry Murray Research Center at Harvard University and then Senior Scholar at the Carnegie Foundation for the Advancement of Teaching. She has published broadly in fields related to liberal education, the professions, and civic responsibility. Her co-authorship credits include Some Do Care: Contemporary Lives of Moral Commitment; Educating Citizens: Preparing America's Undergraduates for Lives of Moral and Civic Responsibility; Educating Lawyers; Educating for Democracy: Preparing Undergraduates for Responsible Political Engagement; Educating Engineers: Designing for the Future of the Field; and Rethinking Undergraduate Business Education: Liberal Learning for the Profession. A developmental psychologist, Professor Colby holds a B.A. from McGill University and a Ph.D. in psychology from Columbia University. (Adapted from the Center on Adolescence at Stanford University, https://coa.stanford.edu/people/anne-colby.) Image courtesy of Stanford University.

Tom Ehrlich is Visiting Professor in Stanford University's Graduate School of Education. He has also served as Senior Scholar at the Carnegie Foundation for the Advancement of Teaching, president of Indiana University, provost of the University of Pennsylvania, and dean of Stanford Law School. Beyond the academy, he was the first president of the Legal Services Corporation in Washington, DC, and the first director of the International Development Cooperation Agency, reporting to President Carter. His research interests include educational access and equity, civic education, education policy, and philanthropy, and he has just completed a new book, Civic Work, Civic Lessons: Two Generations Reflect on Public Service. With his co-presenter Anne Colby, Professor Ehrlich has authoredEducating for Democracy and Rethinking Undergraduate Business Education; he has also co-authored Reconnecting Education and Foundations: Turning Good Intentions into Educational Capital. (Adapted from the Stanford Graduate School of Education, https://ed.stanford.edu/faculty/tehrlich.) Image courtesy of Stanford University.

Louis Bucciarelli is Emeritus Professor of Engineering and Technology Studies at MIT. He received his B.S. and Masters in Aeronautical Engineering from Cornell University and his Ph.D. in Aeronautics and Astronautics from MIT. He was Director of MIT's Technology Studies Program, and has been a Curator of Science and Technology at the Smithsonian. He has received the Baker Award for Excellence in Undergraduate Teaching, has consulted for a wide range of industries, and has helped lead a coalition of engineering schools in the renovation of undergraduate education. He is the author of  Designing Engineers; Engineering Philosophy; Engineering Mechanics for Structures; and is currently working on a book tentatively titled Re-Envisioning Engineering Education. (Adapted from the MIT Program in Science, Technology, and Society, http://web.mit.edu/sts/people/bucciarelli.html.) Image courtesy of MIT.

Georgia Nugent is Senior Fellow with the Council of Independent Colleges and former chair of the CIC's Board of Directors. She heads the council's public information campaign "Securing America's Future: The Power of Liberal Arts Education." This initiative seeks to direct attention to the compelling evidence that smaller independent colleges produce graduates who are among the best prepared for success in their personal, career, and community lives; it also produces research and data that dispels persistent and false stereotypes about independent colleges. Dr. Nugent served as president of Kenyon College from 2003 to 2014. Prior to that, she was Dean of the Harold W. McGraw Jr. Center for Teaching and Learning at Princeton University. She holds a Ph.D. in classics from Cornell University, and has taught at Swarthmore College, Brown University, and Princeton University. (Adapted from the Council of Independent Colleges, http://www.cic.edu/Research-and-Data/Liberal-Arts/Campaign/Pages/About-Campaign.aspx.) Image courtesy of Kenyon College.

Marilyn Chandler McEntyre is a writer and professor of medical humanities at the UC Berkeley-UC San Francisco Joint Medical Program. She has taught literature at Mills College, Princeton University, the College of New Jersey, and Westmont College, where she is currently a Fellow of the Gaede Institute for the Liberal Arts. Dr. McEntyre's research and teaching examine cultural, social, and ethical dimensions of medicine, notions of illness, health, and healing, the nature of medical authority, the politics of medical institutions and medical education, complexities of public health policy, and the language of pain, all through literary texts. She is a contributing editor to the journal Literature and Medicine (Johns Hopkins) and serves on the board of the Center for Medicine, Humanities, and Law at U.C. Berkeley. Her many publications include Caring for Words in a Culture of Lies (2009) and the forthcoming A Faithful Farewell: Living Your Last Chapter with Love. (Adapted from NYU School of Medicine Literature, Arts, and Medicine Database, http://litmed.med.nyu.edu/).

Anne Colby and Tom Ehrlich, "The False Dichotomy Between Liberal and Professional Education"