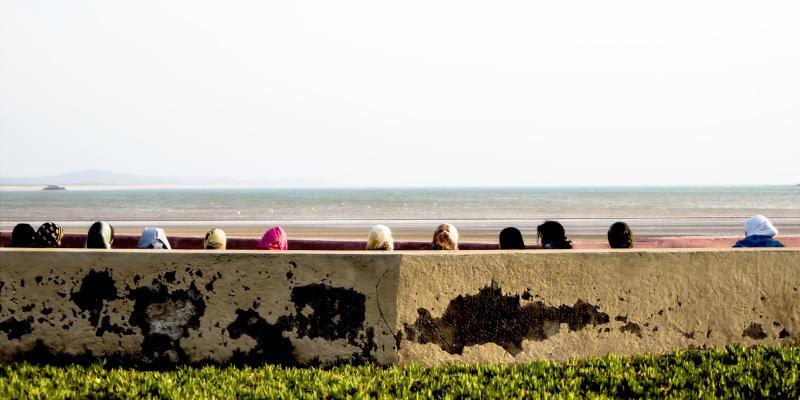 Artist Statement
The camera is my medium to capture the fleeting beauty I see and feel in nature, the unguarded expressions and hidden gestures of life and in the optical illusions that appear in reflections and the layering of images. Engaging with my camera takes me out of ordinary reality and into the world of possibility where I thrive. When something captures my imagination, I want to share it with others by making a photograph. Being an artist is to live in the world of possibility, less of certainty. I could capture a moment, something sacred or commonplace, an unconscious gesture, a tattered clothesline, a red plastic pitcher, or a worn prayer book. I like to leave the familiar, travel to far-away places, and find the gift of really being present.

Artist Bio
Felice Willat is an award-winning fine art photographer and publisher, whose images from around the world, capture the beauty of the human landscape across cultures. Willat's photographs have been juried into the Southern Nevada Museum of Fine Art, the Los Angeles Center for Photography, Photo LA, Photo Independent, TAG Gallery, Bergamot Station, the Brand Library, Glendale, CA and numerous other venues across the United States and in London, UK and Italy. In 2021, Felice won the Outstanding Achievement 1st Place Award in the International Color Awards Exhibition, Children of the World. In 2015, Felice won First Prize for Molokai Maidens in Solar Spectrum in Los Angeles, in 2014, Best in Show for Climbing Cardinals in Captured 2, the Second Annual Photo Competition in Santa Barbara, and in 2010, she won First Prize, for her Travel images in the Southern California Council of Camera Clubs’ annual juried exhibition. In 2009, Felice published The Quiet Between, Song of Burma, a book of photography and poems.