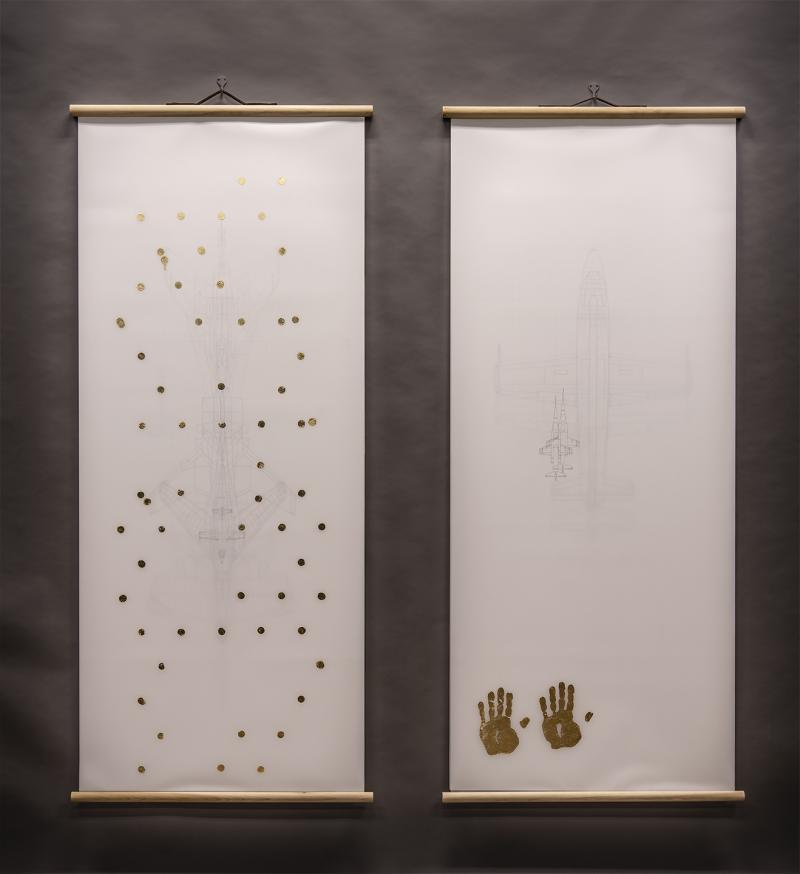 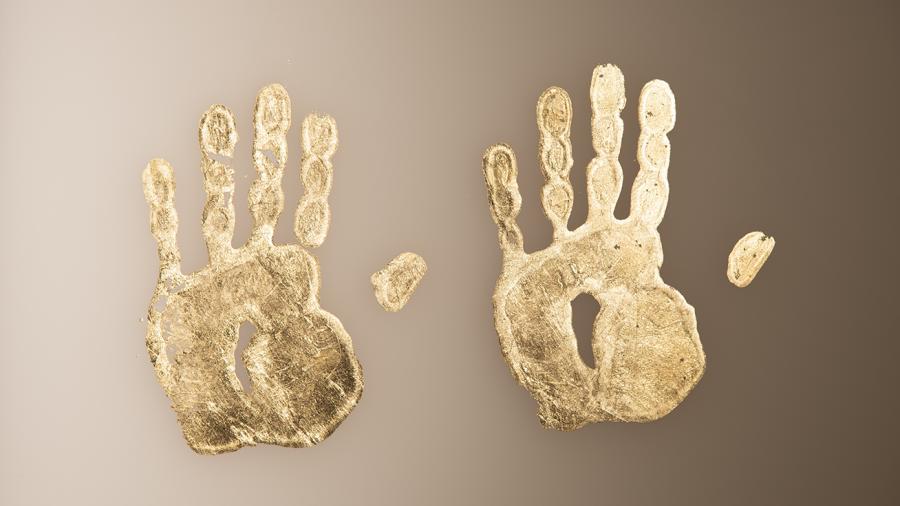 The imagery in the Studies in Experimental Flight drawings are taken from schematic renderings of experimental aircraft from around the world, none of which were ever put into production. Like some of my previous works that reference collapsed currency systems, obsolete maps, and archeological layers, the works are an accumulation of aspirations and failures. I find these kinds of artifacts to be revealing in their idealized possibilities and the desire for perfection, deeply human in both their ambitions and shortcomings.

While the imagery in the works is derived from schematic drawings of experimental aircraft across the world, they were largely designs for civilian, not military, aircraft. All of the source designs were ultimately considered unusable and were subsequently discarded. I am curious about the ways in which our technological aspirations always seem to have hints of spiritual desires about them as well.

Similar ideas were often near while traveling through China, seeing the cities and housing developments that everywhere seemed to be spontaneously springing from the soil, often next to areas rich with ancient history. Few other experiences have made me as keenly aware of being in a specific location in time, with both the distant past and the anticipated future present in virtually every moment.

Like previous works that drew source imagery from failed currencies, the drawings pursue an emotional thread of aspiration and failure. I find myself using words like conjuring, dreams, and desire, which were connections I made to Chinese cultural history since the revolution—grand plans based on theoretical ideas, not only since the revolution, but into the future. Of course the West does similar things with their social/political/economic beliefs, but the broad scale changes in Chinese society really made me think about that a lot more when I was there. It seemed that everywhere we went people were living in their own future.

The materiality of the works relate to Matter + Spirit as the imagery in the drawings recedes from the viewer into layers of frosted mylar, with many images only visible as “ghosts,” form implied or suggested by shadow and inference which, significantly, cannot be captured in photography.
—Kenneth Steinbach 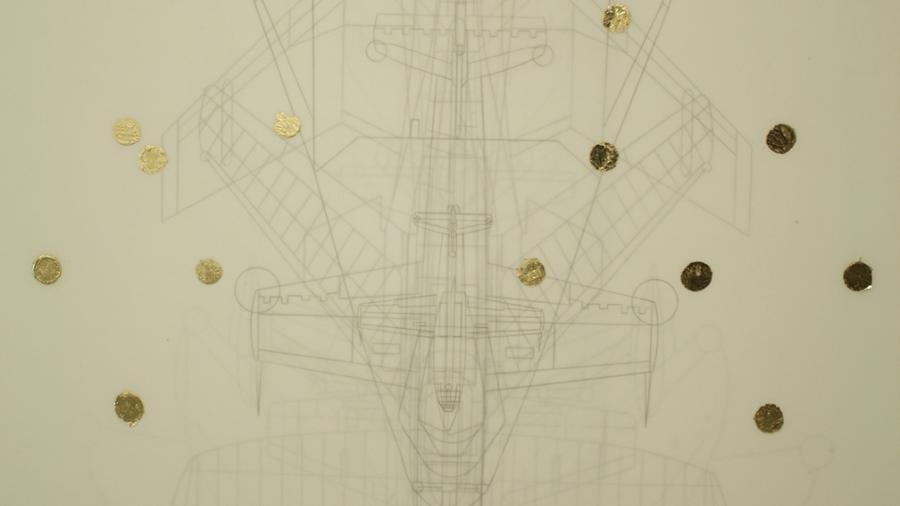 About the Artist
Kenneth Steinbach is Professor of Art at Bethel University, and the author of Creative Practices for Visual Artists: Time, Space, Process published in 2018 by Routledge Press. A graduate of Cranbrook Academy of Art, he is the recipient of the 2018-2020 Bethel President’s University Professor Award, the 2014 Arlin G. Meyer Award in Visual Art from the Lilly Foundation, and the 2015 Faculty Excellence Award in Teaching from Bethel University. He has received multiple grants from the Minnesota State Arts Board and Bethel University for his art and research. Steinbach resides in Minneapolis, Minnesota with his wife Kari, a theatrical director.