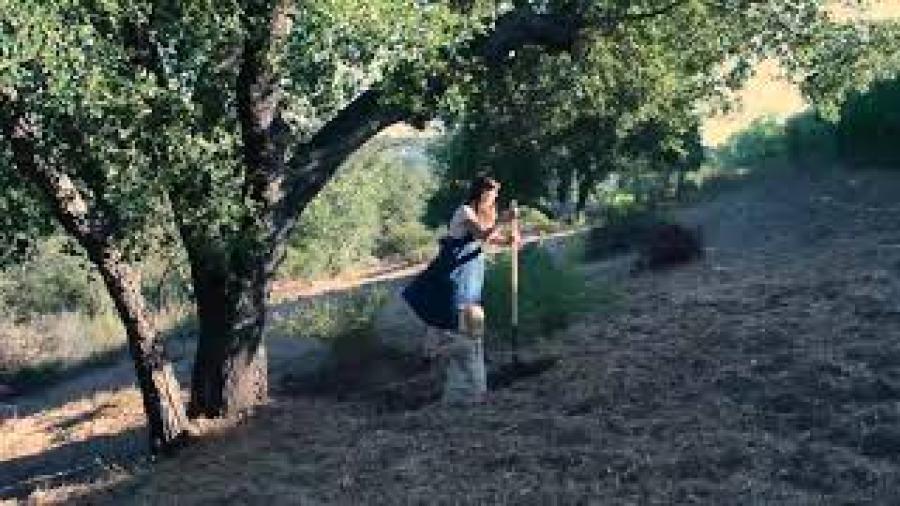 I began digging in September; my first child there too, shovel in hand, picking out rocks and clumps of sunbaked clay. The daily digging became a ritual formed over time, attempting the impossible…like digging a hole to China. Only months before, while traveling in China, womb full with my second child, I had considered the consequences of the one-child policy in China and its 2015 repeal allowing for a second child. But most Chinese couples are not choosing to have a second child. The current generation were raised as only children and have found even one child "too much work" and too costly, and do not want the burden of a second child. Our digging became a tangible contemplation of my privilege and choice to be a mother of two. The result: a large hole to be filled. The space: my new beginning, the work of living the pain and joy, inextricably linked, as an artist and mother.

My daughter and I dug a hole in the backyard over the span of the third trimester of my second pregnancy. My second daughter joined us in the project just days after her birth. Some days I did not want to dig; some days my daughter refused to dig. Some days I wondered if the point of my art is to unsettle, to question, to disturb what is comfortable and safe, and that should not be anyone's goal as a mother. There is a conflict here.
—Meagan Stirling

Digging a Hole to China pays homage to the desire to know, to understand, to connect in some substantive way with something—or someone—at a seemingly insurmountable distance. It partakes of ritual, requiring discipline and commitment. On face it is a futile endeavor. How could anyone dig from here to there? Even if it were possible to dig through to the other side of the earth, where would one end up? Not in China, but somewhere in the vast empty expanse of the south Pacific. Nevertheless, this act of apparent futility ascribes value to the thing desired—knowledge, understanding, and relationship. That alone constitutes a “good” despite its lack of practical effect. 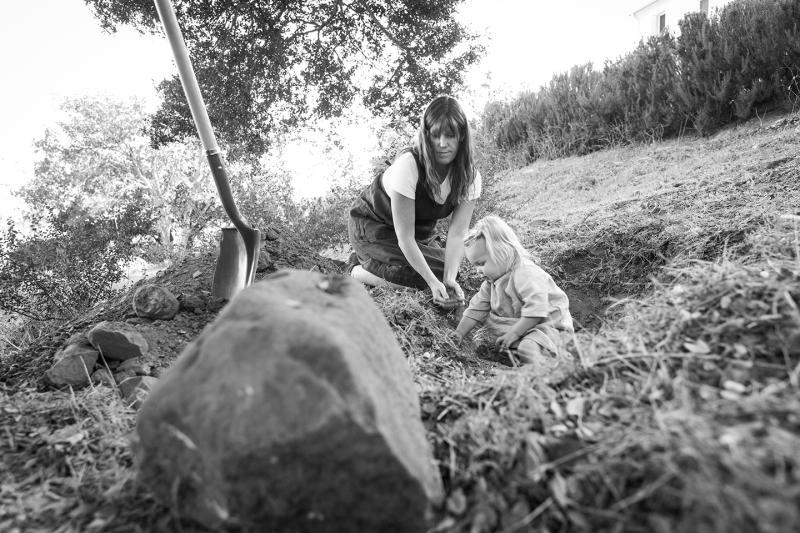 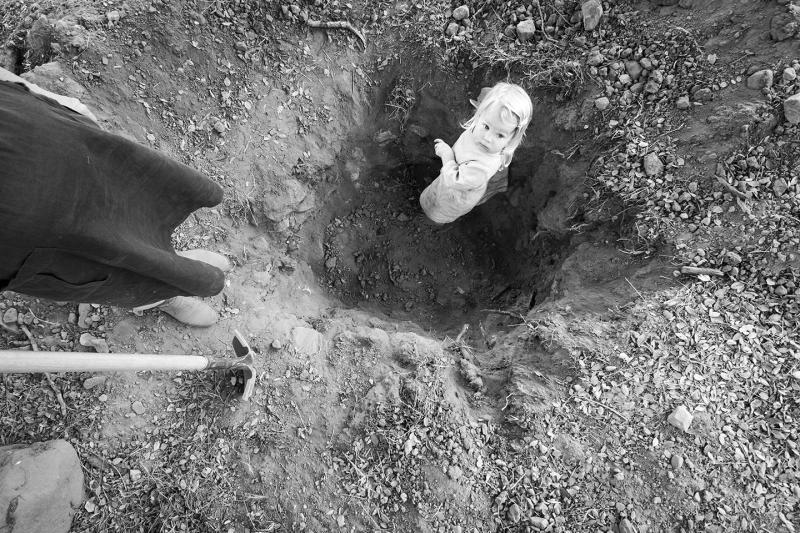 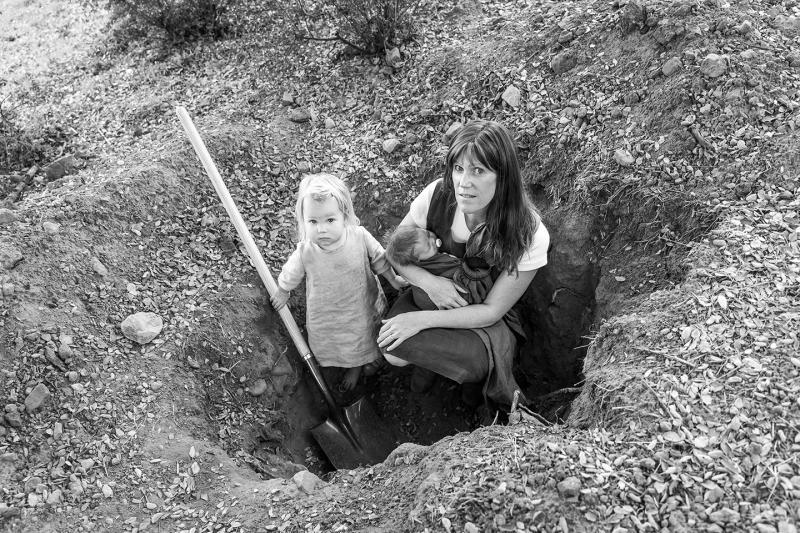 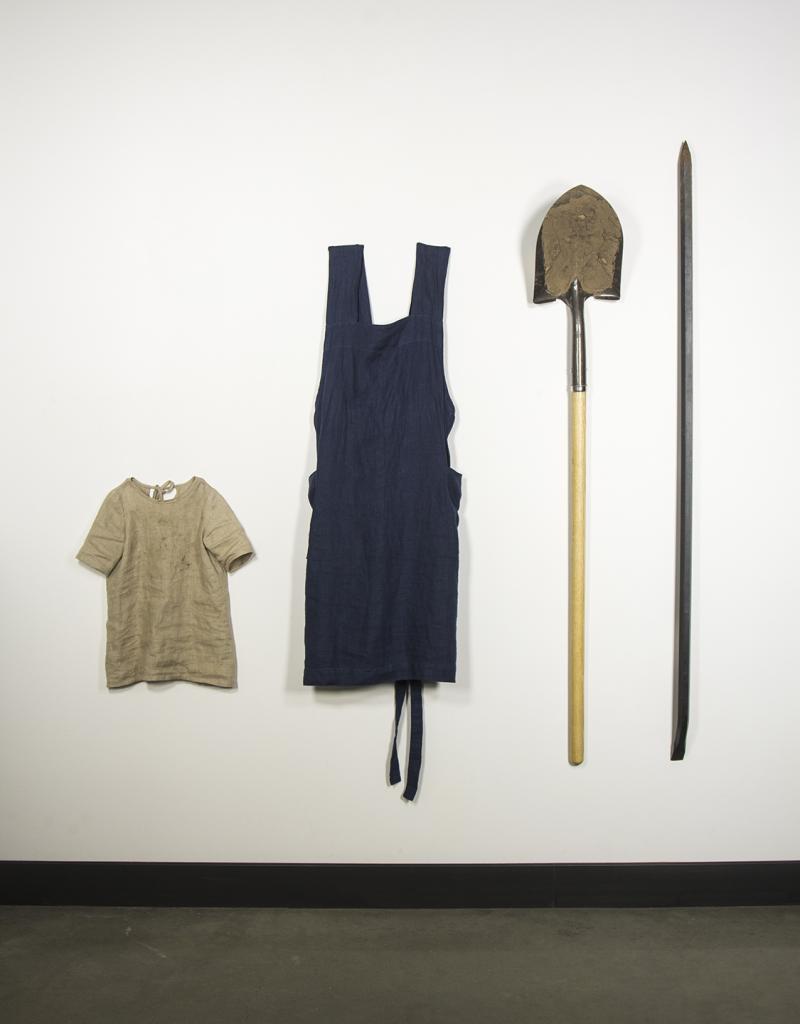 About the Artist
Meagan Stirling is a printmaker who holds a B.A. from Whitworth University and an M.F.A. in Printmaking from the University of Wisconsin, Madison. Stirling lives and works in Santa Barbara, California where she is Assistant Professor of Art at Westmont College. Her work has been shown in exhibitions nationally and internationally. Stirling’s research and studio practice focus on the concept of safety with an interest in exploring American perceptions and how material environments provide illusions of safety.