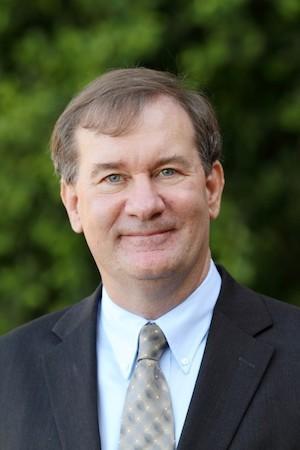 Mark L. Sargent, who has worked in higher education for 30 years, becomes Westmont’s new provost and dean of faculty in January 2012. For the past 15 years, Sargent has served as provost of Gordon College in Wenham, Mass., supervising its educational and co-curricular programs.

Previously, Sargent was vice president and chief academic officer at Spring Arbor University in Michigan for three years. He served at Biola University in La Mirada, Calif., for 12 years as professor of English and associate dean.

Sargent, an alumnus of UC Santa Barbara, earned a master’s degree and doctorate at Claremont Graduate University, specializing in 19th-century American literature. He also received a Fulbright scholarship to teach American literature and history at the University of Utrecht in the Netherlands. The Council of Independent Colleges named Sargent the National Chief Academic Officer of the Year in 2008.

As a college administrator and parent of Westmont students, Sargent believes a Westmont education provides significant benefits.“Few Christian colleges can integrate spiritual seriousness and academic rigor the way Westmont does,” he says.

Sargent has contributed numerous essays and chapters in both professional and academic journals, including “Moral Imagination at a Christian Institution,” in the book “Christianity and the Soul of the University”; and “Soul Care: Christian Faith and Academic Administration,” an edited book of essays to be released in February. He has also written about film and early American literature and history.

His scholarly work won acclaim when he discovered that one of the original manuscripts William Bradford, governor of Plymouth Plantation, wrote in 1648 didn’t match the versions transcribed and published for more than 300 years.

Sargent, a Southern California native who grew up in Orange County, succeeds Westmont history professor Rick Pointer, who has served as acting provost, supervising the college’s academic program, including the budget, faculty development and curriculum.

Sargent and his wife, ArlyneVan Dam Sargent ’72, are well acquainted with the college. She graduated from Westmont, as did their son, Daniel ’11. Their daughter, Andrea, is a first-year student at the college.

“During the last three decades of my life in Christian higher education, I have enjoyed a special rapport with many Westmont faculty and staff,” Sargent says. “I have walked through the remnants of burned homes with Westmont friends, invited Westmont scholars to review our programs, and watched plenty of Warrior soccer games. I look forward to working with Westmont’s outstanding faculty.”