Digging Up the Bible

Free to Get Your Hands Dirty

Have Fun Learning in Engineering, Physics, Mathematics and Chemistry

We Place a High Value on Research

A hallmark of Westmont’s outstanding undergraduate liberal arts education is providing opportunities for students to conduct significant research with faculty.

Approximately 1,350 undergraduates (including 150 in off-campus programs) enjoy a student-to-faculty ratio of 11 to 1 and an average class size of 18, which allows them to develop close relationships with outstanding faculty who are committed to teaching, scholarship, research, service and involving undergraduates in research.

Each summer, approximately 30 students from STEM fields work as full-time research assistants, collaborating closely with professors on cutting-edge projects. Many of these research projects extend into the school year. Some students even co-author scientific papers with their faculty.

Students from any major may choose to replace their senior capstone experience with a Major Honors project. These year-long research opportunities take various forms, but they each involve extensive independent research into a topic of the student's choice.

Every semester, students present their research to the Westmont community through posters and short presentations. The projects range from novels to psychology research to chemical bonding studies.

See examples of recent research in the 2021 Celebration of Summer Research Program. 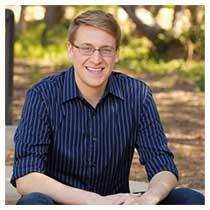 When he enrolled at Dartmouth Medical School, Aaron Barnes ’12 wondered how he’d compare to classmates from Ivy League schools. “I soon realized I was more prepared than most of them,” he says. “The education in the sciences I got at Westmont was top-notch.” A double major in biology and chemistry, Aaron says the summer research he conducted with Professor Kristy Lazar Cantrell gave him an advantage few medical students could match. “I learned great scientific technique and how to assess a problem and come up with solutions and a logical approach. I also honed my research skills with scientific literature by reading dense research reports.

Lexy Gillette '21 chose Westmont over a large research institution after seeing the beautiful campus and earning an Augustinian Scholarship. “My studies at Westmont have given me a more solid foundation in my faith, and I know how to think about my faith intellectually. I’ve asked some of the hard questions," she says. Lexy, who double majored in biology and chemistry at Westmont, is earning a doctorate at the University of Oxford. “Westmont faculty pose questions without telling you what to believe," she says. "They give you a bunch of resources and encourage you to read and think about issues from multiple sides and then let you decide what to think based on the evidence, which I really appreciate. I’ve absolutely loved it here.”

See all the recent books

Felicia Wu Song, a cultural sociologist of media and digital technologies at Westmont, offers a way to unpack the soft tyranny of the digital age in a new book, “Restless Devices: Recovering Personhood, Presence, and Place in the Digital Age.”

Premature infants face an increased risk for cerebral palsy (CP), and detecting the condition early can lead to better treatment and outcomes. Don Patterson, Westmont professor of computer science, has patented a limb-motion monitor that may identify preterm babies most likely to be diagnosed with CP.

Professor Enrico Manlapig and his students in Westmont’s Applied Management Science course offer their expertise in analytic decision-making to the local community. Recently, they acted as the Westmont Decision Lab and assisted the Santa Barbara Zoo in making some decisions about its future.