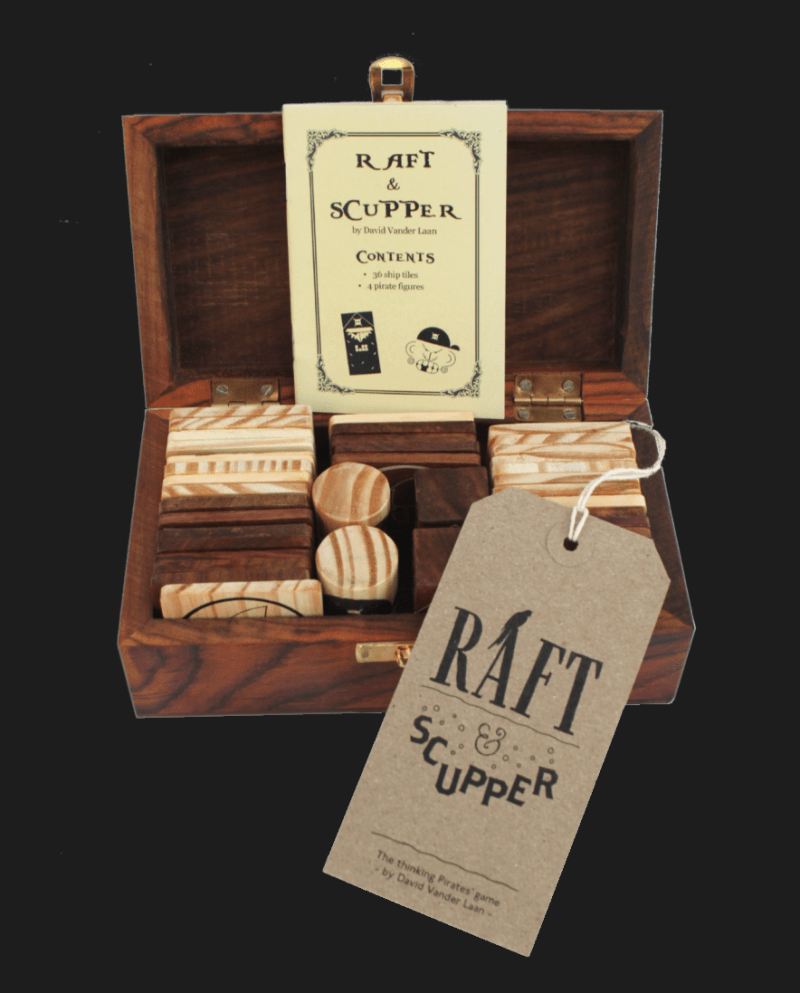 When he’s not teaching philosophy at Westmont, David Vander Laan likes playing games — and he has designed one with a pirate theme. His two-player strategy game, Raft & Scupper, earned an 8.3 rating on BoardGameGeek, and Mensa designated it Recommended for Play in 2021.

“I've long enjoyed games and puzzles,” he says. “It's also something that my college friends and I love to do when we get together.”

Players vie to connect ships of their own color or shape, but they can also win by sinking four ships before their opponent scuttles one in reply. In games between the round-bellied Yellowbeards and the square-jawed Blackbeards, sudden reversals happen often, as do close finishes. One online reviewer says, “Raft & Scupper is a masterpiece. It is simple to learn but provides complex decisions.” 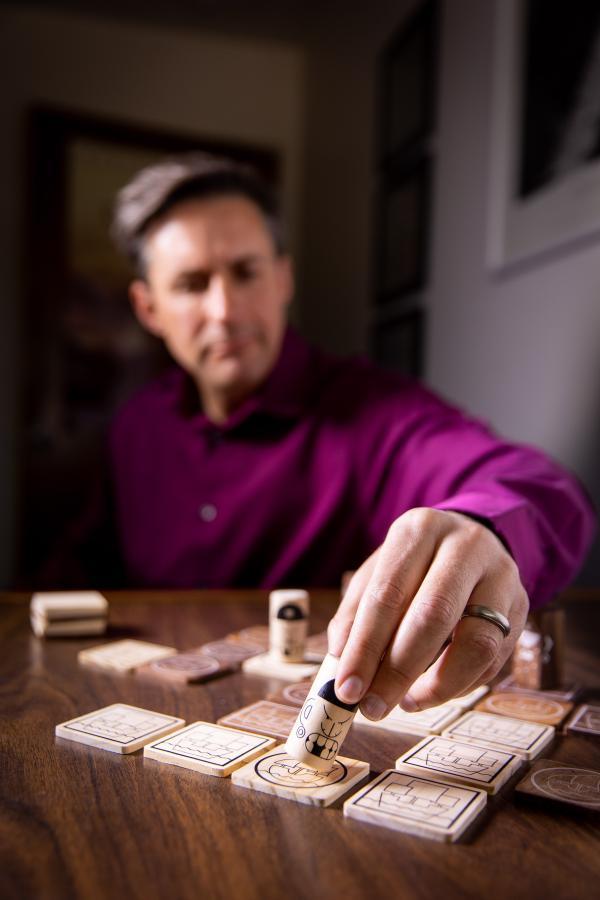 Vander Laan, who joined the philosophy faculty at Westmont in 2000, developed the idea for the game after reading Cameron Browne’s book “Connection Games: Variations on a Theme” in 2011. “In most connection games such as Hex, co-invented by John Nash, the subject of ‘A Beautiful Mind,’ making a connected path is the goal of the game,” he says. “I wondered about one where other pieces could move along the connected paths. In a game like that, making connections is not only the final goal, but connections make your pieces more mobile and thus more powerful.”

Vander Laan tinkered with the rules for sever- al years, testing it with a few friends and playing both sides on his own. Eventually, he pitched the game to Et Games, a United Kingdom company that published it in 2019. “I've sometimes joked that publishing a game was the only item on my bucket list — not that I keep a list,” he says. “I wanted to develop an idea that seemed fresh, fun and interesting. It's been gratifying to discover that other people appreciate the surprising strategies that emerge from its easy-to-learn rules.”

Et Games suggested the pirate theme to Vander Laan, who originally called the game Syrtis. “Their suggestion fits the game well since it involves sinking (removing) tiles, and it gives it a lighthearted spirit,” he says.

When he researched game-making companies, Vander Laan found that Et Games made a substantial commitment to fair-trade practices that provide fair wages and improve the quality of life for workers and their families. Asha Handicrafts, an Indian non-profit supplier, produces the wooden box and pieces for Et Games. “The founder of Et Games says he makes an annual trip to India to check on working conditions and talk with the craftsmen,” Vander Laan says. “That non-trivial commitment to fairness and ongoing support helped motivate me to pursue a business arrangement with the company.”

Vander Laan once designed a game inspired by Aristotle’s ethics, Eudaemonia. “I've sometimes played that one with students in my ancient philosophy class, partly as a way of illustrating Aristotle's view that food, money and other external goods are only a means to the ultimate end of virtuous action,” he says.

An alumnus of Calvin University, Vander Laan earned a doctorate at the University of Notre Dame. He recently contributed a chapter, “The Timing of Divine Conservation: Pushes, Nudges, and Merry-go-rounds" to a new book, "Philosophical Essays on Divine Causation.”