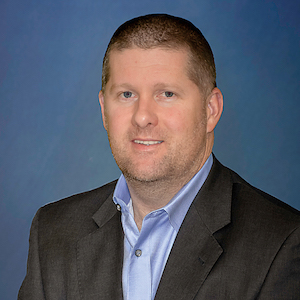 The summer before his senior year, Tom Gazaway ’93 worked with an inner-city ministry in Camden, N.J. He returned there after graduating and lived in the community for 10 years. To support himself, he pursued a series of odd jobs, including door-to-door sales.

At his first full-time posi-tion with a local children’s home, a friend introduced him to the mortgage business. Tom started out part time but eventually became a mortgage broker for CTX Mortgage, a division of Centex Home. For five years, he worked as a full-commission sales person. “I thought I was going to change the world one mortgage at a time,” he says.

Learning the mortgage business helped Tom identify a niche for a new enterprise that met a need: assisting small business owners obtain financing without pledging collateral. He established Hawkeye Management in 2008 to work with small companies that had big dreams. “I wanted to help these business owners get lower-cost financing and protect their credit,” he says.

Today, Hawkeye employs 45 people, and Inc Magazine named it No. 177 on the 2013 Inc. 5000 list of the fastest growing privately held companies. Tom and his assistant have an office in New Jersey; the other employees work in Bentonville, Ark. Tom recruited his uncle, Tim Gazaway, to join him. A former WalMart executive who lives in Bentonville, Tim convinced him that the pool of former WalMart employees there made it a great place to base the company.

“We help business owners in the early stage of their business get between $25,000-200,000 without putting up collateral,” Tom says. “Most people in the small business finance industry look for bigger deals and more established companies. We work with smaller businesses of one to two people, and we make less money per transaction. We’ve helped a lot of people—and we also educate them about running a successful business.”

For example,Tom has connected with a network of small real estate investors. “We’re a broker or consultant that finds a lending solution for working capital, not a loan on a building,” he says. “Banks tend to say no to people like our clients 90 percent of the time.” Hawkeye works with people like a husband and wife who flip homes or buy them and rent them out, or a doctor with a growing practice who may want to expand and seeks funding to hire additional people.

Tom majored in economics and business with a minor in religious studies. “I still have Westmont friends I talk to every week,” he says. “I got a Christian-based education that formed the foundation of the core values of my company. I still remember a class with Edd Noell where we debated whether profit matters. Profit does matter, but it’s not the only thing that matters. We want to build relationships with our people and our clients—developing our employees is our most important goal. I love this work.”

Tom and his wife, Melanie, are growing a family as well as a business, raising three sons, 8, 3 and 2. Melanie also seeks to help others and works for an agency that does early child intervention.