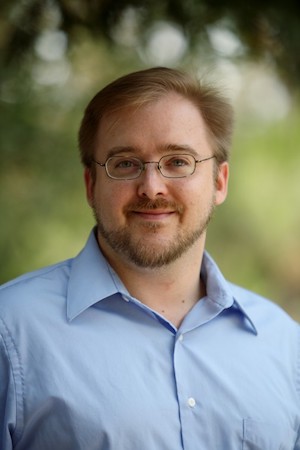 During his post-doctoral research at Caltech in Pasadena, Stephen Contakes worked with undergraduates. “That experience led to my interest in combining teaching and research,” he says. “I enjoyed mentoring students.” He earned a doctorate in chemistry at the University of Illinois and initially focused more on the laboratory than the classroom.

Stephen appreciates Westmont’s investment in science facilities and equipment. “Enrollment in science courses and the pre-med track has grown steadily,” he says. “To better serve chemistry students, the college has renovated the teaching labs and added a faculty position in the department to reduce class sizes, which demonstrates the institutional support for the sciences.”

Intentional integration of faith and learning also drew Stephen. “It’s a challenge to develop an approach to faith and learning as an expert in your discipline but not in religious studies,” he says. “I want to do this in a thoughtful, academic way with a respectable level of understanding for something in which I’m not trained. Reading groups, seminars and new faculty workshops offer opportunities to talk with other faculty, and I appreciate seeing how colleagues outside the sciences approach faith-learning issues.”

Stephen respects students and describes their experience as intense. “They work hard at their studies,” he says. “Many declare a second major, serve in a ministry, and become involved in other extra-curricular activities. They struggle with balance.” He understands the importance of balance as a scientist who combines teaching and research—and as a husband and father of three active boys, 9, 7 and 5.

Since he joined the faculty in 2007, Stephen has felt at home in the Westmont community. “People’s hearts are in the right place,” he says. “Talented and committed people work together to make Westmont better. They have the right vision and mindset, and they are people you can trust.” Stephen relishes the interdisciplinary nature of the liberal arts. At the 2015 Gaede Institute Conversation, The Liberal Arts and the Social Good, he presented a paper, “Why the Sciences and Humanities Need Each Other in the Liberal Arts.” He examined how science and science education can “work together with the humanities in a re-envisioned liberal arts.” He believes, “A central challenge for liberal arts proponents is to restore the humanities to their rightful place alongside science as a culture-influencing and knowledge-generating enterprise.

“The real need is for genuine scientists and humanities scholars who have a nuanced and academically rigorous appreciation for the role their discipline plays in developing educated men and women who can critically engage and humanize the cultures of which they find themselves a part.” For chemistry majors, the department follows the curriculum defined by the American Chemical Society, but Stephen has developed Chemistry, Culture and Society, a general-education class with no lab work. He presents his discipline as part of our intellectual heritage, explains how chemists think, and discusses the integration of faith and science.

“I want to equip students to think through these issues more rigorously,” he says. He uses controversies as illustrations, not topics for debate. “Why is there a controversy?” he asks. He helps students understand the logic behind different views and explores the social packaging of opinions. “We discuss what the evidence says and how their world view might affect their thinking without realizing it.”

Stephen regularly publishes his research and presents papers, often with students. He has served on the local board of the American Chemical Society and runs their National Chemistry Olympiad Competition. He participates in organizations of Christians in the sciences.

With assistance from several students year-round, Stephen conducts basic research on the movement of electrons, adapting chemistry involved in studying biological electron transfer to seek ways to harness light in reducing contaminants in water. Meeting with little success at first, they spent three years overcoming technical hurdles to validate the process. The work progresses and may yield helpful insights while providing students with valuable experiences in the lab.