A Chapel Talk by Robert H. Gundry, Scholar in Residence at Westmont 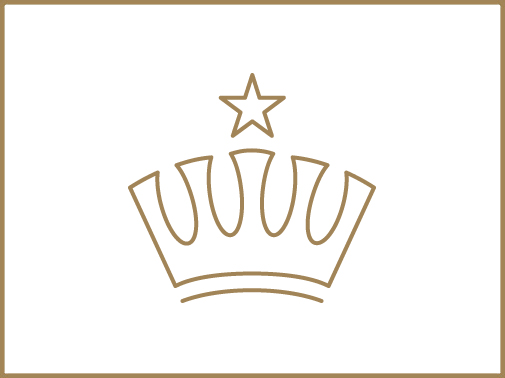 A shout-out to my former students who are here for our 75th Anniversary Homecoming Celebration. It’s good to have you back on campus. I only wish I could give you a pop quiz—on the synoptic problem, say, or on the meaning of Heilsgeschichte. For the uninitiated, I was not swearing. The word means “salvation history.” Believe it or not, that theological term actually made it into a Spring Sing.

In the fall of 1980 President Beebe was a student of mine in a class on New Testament theology. Naturally, I gave student Beebe assignments to do; and, I must say, he did them admirably well. But now President Beebe has turned the tables by giving me an assignment. It’s to speak to you this morning about Westmont’s motto. It’s inscribed at the bottom of the current college seal: Christus primatum tenens.

That’s Latin; so i gets pronounced ee, u gets pronounced oo; a gets pronounced ah; and e gets pronounced ay. Christus primatum tenens. Let’s go back to front: Tenens: that means “holding.” It’s the basis of the word “tenant” in English. You’re the tenant of a house if by occupying it you hold it. A “tenet” is a belief or a doctrine that you hold. You’re “tenacious” if you keep holding onto something. Primatum: that means preeminence or, more literally, “first place.” We’re in the season of elections. The primaries were the first elections. But “first” can have to do with rank instead of time. A prima donna is the ranking female singer, for example, the preeminent one. Christus: Latin for “Christ,” of course. We’ll come back to that one.

So there you have Westmont’s motto: Christus primatum tenens. It comes out of the New Testament—in particular, out of the Apostle Paul’s letter to the Colossians, chapter 1, verses 15–20. Seventy-five years ago almost all Protestant Christians in the English-speaking world used the King James Version of the Bible. So in a throwback to that era, I’ll quote Colossians 1:15–20 out of the King James Version. To make it doubly authentic, I’ll quote the passage out of my deceased father’s old, well-worn Scofield Reference Bible, an annotated study edition the sales of which were largely responsible for keeping Oxford University Press from going broke during the Great Depression of the 1930s, exactly when Westmont was founded. The passage refers to Jesus Christ:

Who is the image of the invisible God, the firstborn of every creature: For by him were all things created, that are in heaven, and that are in earth, visible and invisible, whether they be thrones, or dominions, or principalities, or powers: all things were created by him, and for him: And he is before all things, and by him all things consist. And he is the head of the body, the church: who is the beginning, the firstborn from the dead; that in all things he might have the preeminence. For it pleased the Father that in him should all fullness dwell; And, having made peace through the blood of his cross, by him to reconcile all things unto himself; by him, I say, whether they be things in earth, or things in heaven. (From now on I’ll tweak that translation once in a while.)

It used to be that knowing Latin was just as necessary to academics as knowing how to use the Internet is nowadays. According to the early Laws of Harvard College, for instance, students had to speak Latin when reciting in class. They also had to compose their written work in Latin. And teachers lectured in Latin, as they had been doing for centuries in colleges and universities. As late as the first quarter of the twentieth century, the early 1900s, you had to have had three years of Latin under your belt before you could even get into Harvard. But Harvard was lax. You had to have had four years of Latin to get into Yale, Dartmouth, Brown, Princeton, Williams, Amherst, Johns Hopkins—as well as into women’s colleges such as Wellesley, Vassar, Barnard, Mount Holyoke, and others. To enter what is now Columbia University, Alexander Hamilton, a founding father of our country, had to translate the first ten chapters of John’s Gospel from the original Greek into Latin.

Talking about Greek, it might surprise you to learn that Westmont used to have a major in the ancient Greek language. It might surprise you even more to learn that in those early years, Greek was the most popular major. More students signed up for it than for any other major. At least that’s what I was told in all seriousness by a graduate of the college who came to the seminary I was attending at the time.

Be that as it may, and more to the point, the classical wing of the Greek major at Westmont required not only 26 semester units of Greek, but also “at least” 14 semester units of Latin. Never mind the recommendation of a minor in German as well. You’ll find these requirements and the recommendation in Westmont’s 1941-42 catalog. The phrase “at least” in connection with Latin comes right out of that catalog. So when in 1940 Dr. Wallace Emerson, Westmont’s first president and a psychologist—when on the original design of our seal he used Latin for the motto, Christus primatum tenens, he was signaling the goal of academic excellence. And he translated the Latin correctly: “Christ holding first place.”

But a funny thing happened on the way to the forum. Somewhere along the way the Latin started getting mistranslated: “Holding Christ preeminent.” Wrong! “Holding” and “preeminent” aren’t wrong. But the relation of “Christ” to “holding” is wrong. To my knowledge, the mistranslation appeared first in a pamphlet featuring a photograph of Professor Kenneth Monroe. The Monroe Dining Room is named after him. He was a grand old man. Very probably the pamphlet dates from the 1950s, because he retired at the start of the 60s. (I should know, because his retirement opened up a job for me.)

“Holding Christ preeminent”: for that translation the motto should read, Christum primatum tenens (–um at the end of Christ). That would make Christ the object; he’s being held. But what we actually have is Christus (-us at the end), which makes Christ the subject. He’s doing the holding. So what’s the big deal? you ask. Why the fuss? Isn’t this a picayune detail of Latin grammar that’s just as deadly and uninteresting as the whole Latin language is dead?

This recognition of Christ’s preeminence, of his firstness, underlay the founding of Westmont. With God’s help it continues to provide the foundation of all that happens here: in your studies, dear students; in your teaching, dear teachers; in your administration, dear administrators; in your work, dear staff; in your deliberations, dear trustees; and in your careers, dear alumni. If our motto ever becomes a dead letter, if we ever lose the recognition of Christ’s preeminence, Westmont will suffer its demise as an evangelically Christian college. God forbid! But just as eternal vigilance is the price of liberty, eternal vigilance is also the price of fidelity to our founding, which is another way of saying fidelity to the preeminence of Christ.

Christ has first place. The theme of his firstness runs throughout Colossians 1:15–20. Early in this passage Christ was said to be “the firstborn of all creation.” Not the first to be created. That could be the meaning except for the fact that he’s said to have created “all things.” He’s the creator, not a creature. In biblical times a firstborn son got the lion’s share of the family inheritance. So “the firstborn” came also to mean, quite simply, “the heir.” Christ is heir of all the things he created. They belong to him. They’re his property. We’re his property.

That’s one way he occupies “first place.” So whether we’re studying, teaching, or manipulating the things he created—visible and invisible things, personal and impersonal—and whatever the angle of our studying, teaching, and manipulating—whether it’s artistic, literary, musical, dramatic, scientific, mathematical, psychological, sociological, economic, biological, kinesiological, philosophical, biblical—whatever the angle, let’s engage in all our academic pursuits with the reverent recognition that we’re dealing with things that belong to Christ, because he created them. They’re his.

Here’s another way Christ holds first place. It’s easy to miss. I’m referring to the statement in verse 17, “and he is before all things.” You wouldn’t know it in English, but the word translated “before” is actually a prepositional form of the word for “first.” In relation to his creation, then, Christ has first place, and always has had it, because he’s eternal. He preexisted all the things he created. He’s first in time as well as first in rank.

So as somebody famously said, we think our Creator’s thoughts after him. When we think truly about the earth, sea, and sky, the sun, moon, and stars, about plant and animal life, about human nature, human history, human industry—when in our reading and experimenting and artistry we think Christianly about all these objects of study that make up our college curriculum, we are thinking the thoughts of Christ, who before he created those objects, thought about them, because he is, was, and always has been “before all things.” First!

What an astounding, exciting privilege to be thinking his thoughts after him! To be delving into his mind! Do you really appreciate how wonderful this privilege is? Make the most of it! Don’t let it be said of you, students—don’t let it be said of you that education is wasted on the young. To honor Christ, prove that saying wrong, because out of his creative mind he formed the very subject matter of all the arts and sciences. You are following his lead.

First in rank. First in time. And now, first in resurrection. This is the third way Christ holds first place. Verse 18: he’s “the firstborn from among the dead,” that is, the first to be resurrected. Not a temporary resuscitation in his case, but a permanent resurrection. Here “firstborn” does have its temporal meaning; and the result, the accomplished purpose, of his resurrection, Paul says, is that particularly in relation to us, his church, Christ himself, and he alone, has come to have first place in all things, in all respects.

More especially, though, because he’s first in resurrection, our own resurrection as people who belong to him is assured—or, as Paul says in chapter 3, “Your life is hidden with Christ in God. When Christ, who is your life, is revealed, then you too will be revealed with him in glory.” A bright future awaits us, a future gloriously bright with resurrection to eternal life.

Let me close with some lines written by the great hymn-writer Charles Wesley. I culled these lines from “An Anthology of Christian Literature,” my most treasured book after the Bible itself. The anthology was compiled by Dr. Grace Hamilton King, an early teacher of literature here at Westmont whom David Hubbard, one of our most illustrious alumni, once described to me as unforgettably brilliant in the classroom. Later than her time at Westmont, when she was teaching at Glendale City College and I was studying under her husband elsewhere in Los Angeles, she befriended me with a complimentary copy of the anthology. In the form of a prayer addressed to Jesus, the lines she took from Wesley personalize Paul’s text and our motto. Here are those lines:

Jesus, my all in all Thou art,
My rest in toil, mine ease in pain;
The med’cine of my broken heart;
In war, my peace; in loss, my gain;
. . .
In want, my plentiful supply;
In weakness, mine almighty power;
In bonds, my perfect liberty;
My light in Satan’s darkest hour;
In grief, my joy unspeakable;
My life in death; my heaven, my all.

We who believe in Jesus recognize him to be, as he truly is, the one who in all things holds first place.