Listen to Jared's EP, "Rebirth," on Apple Music, Spotify, and most other music streaming services.

When Jared Clarke '21 was young, his mother suggested he learn to play a musical instrument to help him express himself. At the age of 12, he took up the guitar, picking notes and strumming chords until he taught himself to play four chords and turned them into songs. Two music teachers helped him develop his talents.

“I feel like I can express myself better with songs and compositional pieces than in conversation,” Jared says. “Interestingly, I have become much better at conversation than I used to be.”

Jared learned about Westmont while attending Santa Barbara High School for a semester. “I knew I wanted to participate in the music department, but I started with an interest in psychology,” he says. “I came to Westmont because I wanted to build my relationship with Christ on a firmer foundation before going out in the world. During my first visit, the campus looked beautiful, and students smiled and treated me with kindness and friendliness—and the music faculty were quite persuasive.”

Once enrolled, he began creating music under the guidance of Professor Steve Butler, which Jared performed in annual composer’s concerts. He soon decided to major in music. “Dr. Butler has influenced how I pursue the cultivation of my craft and how I treat others,” Jared says. “He is the most gracious man I know.”

Jared sang with the Westmont College Choir and Chamber Singers, but his performance in the March 2019 production of “The Magic Flute” expanded his musical horizons. “I had never been classically trained before, and this was the most professional of my singing endeavors,” he says. “It was a turning point. I felt like I finally moved forward as a singer and into a new level of musical commitment.”

Last spring, Jared took part in Westmont in Cairo, which ended early due to the pandemic. In the months that followed, he began writing and recording an album, using rap as the medium to express how he sees himself. 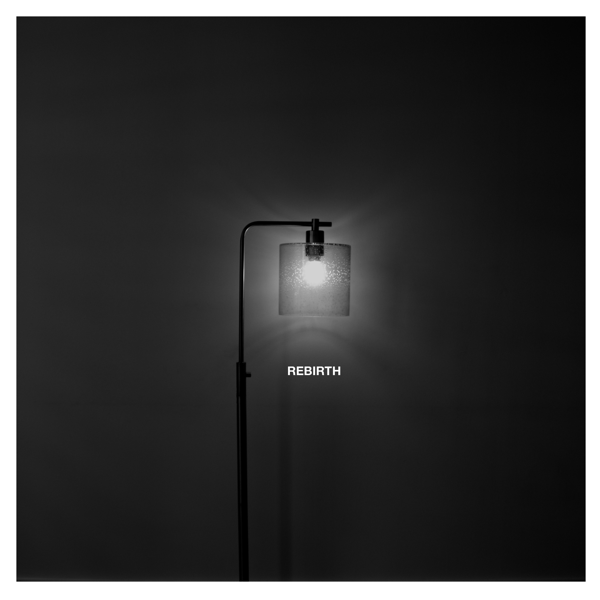 “‘Rebirth’ was born out of a desire to move forward as a musician and a producer during a time when nothing was expected of me except what I expected of myself,” he says. “Having just returned from this life-changing study abroad program, I was awaiting the beginning of my last year of college.”

While studying in Egypt, Jared says he focused too much on his daily failings, taxing his inner psyche. “What saved me were two realizations,” Jared says. “First, in order to become the man I think God is calling me to be, I need to make it happen and practice it continually. And every day I will fail at this, but I need to be gracious to myself and try again.” Metaphorically, he sensed he had to die and be reborn each day, hence the name of the album.

Jared has participated in the Black Student Union at Westmont, enabling him to talk to people with similar cultures and to build awareness of the injustices and inequalities affecting the Black community. “We can give voice to the different struggles of African-American women and men and their experience in America,” he says. “Westmont has improved the environment for people to talk about these issues, and I appreciate the spot- light on racial justice in recent months.”

Jared hopes the dialogue will lead Westmont to support Black communities more directly. “As a Christian community that wants to be the body of Christ, we should be all about social support for minorities,” he says. “That is reflected in Christ’s work in the Bible and in the work of the disciples and historical Christians. I’m encouraged that Westmont is taking steps to make its campus a safer space for its Black students and faculty.”

Jared appreciates his Christian liberal arts education, especially studying subjects outside his major. “The overlap across different classes helps you see connections where you wouldn’t normally,” he says. “It helps with problem-solving in life. My Westmont education has created a framework for thinking about my schooling and my life that includes humility, kindness towards others, grace, and, most of all, joy.”

Jared recorded another orchestral piece for the fall composer’s concert and hopes to audition for the Phoenix, Westmont’s literary, art and music publication, perform in the next Westmont opera, “The Elixir of Love,” and release additional singles in early 2021. “This is my last year, so I hope to go out with a bang!” he says.

He plans to attend graduate school to earn a master’s in music composition and pursue careers as a producer and composer, possibly for games or TV. “I also have every intention of continuing my career as a rap artist, whether as a producer, an artist or both.”