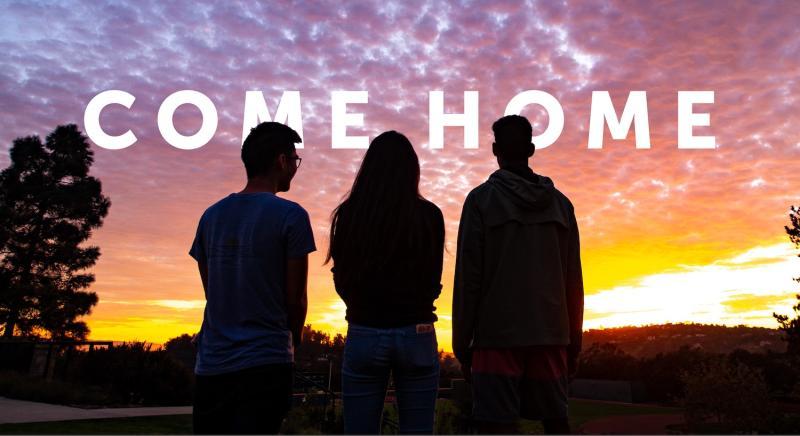 Alums returned to campus October 11-12 to reunite with class- mates, watch soccer games, reconnect with professors, enjoy a concert by the Westmont Orchestra, attend a variety of activities, and honor alumni award winners.

At the All-Alumni Brunch, the college recognized Erik Olson ’90, a partner and trial lawyer at Morrison & Foerster LLP, and Leeba Lessin ’79, former president of CareMore Health System, as Alumnus and Alumna of the Year, respectively. Jim ’70 and Sue Bergman DeVries ’71, longtime missionaries with One Challenge International (OCI), received the Global Service Award, and Scott Hempy ’14, founder and chief revenue officer at Filld, earned the Young Alumni of the Year.

Olson’s practice focuses on the litigation of intellectual property, securities, and corporate governance disputes, with particular emphasis on clients in the biotechnology, medical device, telecommunications, and high-technology industries. He serves on the Law Foundation of Silicon Valley, which offers pro bono attorneys to foster youth, people with mental illnesses, and other underserved populations in Silicon Valley facing legal challenges. He earned a Juris Doctor from Stanford Law School in 1994. Erik is married to Jill Primuth Olson ’89. Their son, Andrew, graduated from Westmont in 2018, earning a degree in biology and political science.

Lessin started a health-maintenance organization in Santa Barbara in 1986, and she has played a leading role in a managed care company. While with CareMore, a health plan and care-de- livery system for Medicare and Medicaid patients, she created a highly regarded medical management and care model for the care of chronically ill patients. She is also the former president of the Southern and Northern California operations of PacifiCare, a health insurance company that is now part of UnitedHealth Group.

The DeVries have shared a lifetime of marriage and minis- try, raising three daughters who now serve in the mission field themselves with the DeVries’ 10 grandchildren. The couple began their career in Ghana, teaching high school. For the next 20 years, based in Kenya with eight families, they traveled and trained pastors. In 2006, they moved to Cyprus to support missionaries in the Middle East who face ongoing stress. After 38 years, Jim and Sue have moved to Colorado, but they continue to work with OCI.

Hempy, who was named to Forbes’ prestigious 30 Under 30 list in 2016, began delivering fuel through the Filld app to the Bay Area in April 2016 and has expanded to Washington, D.C. While at Westmont, he participated in Westmont in Haiti, using microfinance to launch small businesses during spring break. He is married to Kylie (De Raad) ’14.

Westmont combined Preview Day with Homecoming this year to encourage alumni to bring their high school students to learn more about the college and experience Westmont firsthand.