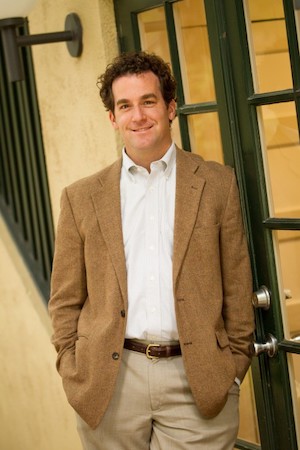 American evangelicals have embraced political activism in recent years, achieving some success and creating occasional controversy. But Jesse Covington thinks they’ve failed to “develop, articulate, and act on the basis of a coherent, theologically rooted political theory.” The political science professor helped convene and organize a scholarly conference at Westmont in 2011 to address one aspect of political theory that evangelicals have largely rejected: natural law. He has co-edited a book of essays drawn from the conference that addresses this issue.

The volume, “Natural Law and Evangelical Political Thought” (Lexington Books, 2012), presents a range of opinions about natural law from evangelical scholars. The editors hope their work assists Christians in tying their political positions to their biblical and theological beliefs in a manner that affirms their beliefs and offers insights into complex, challenging political questions.

Jesse describes natural law as “the moral obligations common and accessible to all humans, which they can appropriate through reason and conscience.” For most of church history, Christians accepted natural law as the dominant model for public morality. But in the 20th century, evangelicals rejected it for various reasons, saying an unbridgeable chasm existed between believers and non-believers, leaving no common ground.

Jesse thinks natural law can help close that chasm and sees a need for a well-reasoned approach to political theory that incorporates basic norms. “Otherwise, we’re vulnerable to human whims and caprices,” he says.

“Natural law provides a basis for legitimate, shareable moral claims. As a whole, I think the book is fairly persuasive that a discussion about natural law needs to play a more prominent role in the way evangelicals think about political theory.”

In his essay, “The Grammar of Virtue: St. Augustine and the Natural Law,” Jesse suggeststhat Augustine’s approach offers a way for evangelicals to embrace natural law. The church father thought that believers and non-believers could both understand God’s basic purpose for creation. But Augustine acknowledged that sin clouds human understanding, especially for non-believers. Jesse says that evangelical theology can accept natural law while tempering expectations about its accessibility and effectiveness.

Jesse and his co-editors plan a second book that will examine how moral norms translate into politics. When does the state go too far in prescribing morality? When doesn’t it go far enough? “I enjoy hammering out these issues with fellow scholars,” he says. “I look forward to exploring further how natural law applies to political decisions and realities as we live out our faith as Christians.”

Jesse will teach classic political theory and an interdisciplinary course during the 2013 Europe Semester, which he will lead with his wife, Holly, a language teacher with graduate training in religious studies and interest in Christian practices such as pilgrimage and liturgy.Their four children, 10, 7, 5 and 2, will join the trek.

Rather than traveling to many countries, the students will stay in four cities, Athens, Rome, Madrid and Paris, working their way through a portion of Western intellectual history. “We wanted a more culturally-embedded trip,” Jesse says. The group will study art in Florence and spend a long weekend in either Barcelona, Berlin, Budapest or Stockholm. The students will also plan and carry out a five-day pilgrimage.

Students can take only 45 pounds of luggage, but the courses require about 20 books and a laptop, which weigh 15 pounds. To make more room for personal belongings, each student will receive an iPad mini loaded with the volumes they need to read and equipped for word processing. The tablets will serve as maps and phrase books and allow students to record reflections at specific sites. Information technology staff members assisted with the program.

Electronic devices help students keep connected to family and friends, but they can detract from cross-cultural experiences. “I want to teach students to be intentional in their use of social media,” Jesse says. “They will often need to put the devices aside to be present in the culture we’re visiting. I hope they will learn to use iPads to promote relationships, reflection and cross-cultural engagement—and that these lessons carry over to their time at Westmont.”