Westmont Magazine The Emergence of the EU in Global Security 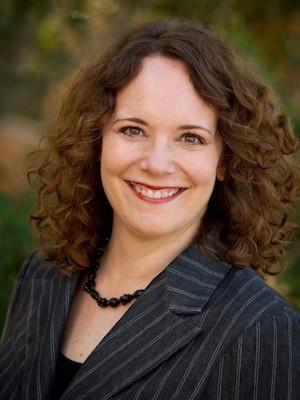 The volume draws on 15 years of Susan’s research and consulting work, including hundreds of interviews with officials in EU capitals and in Bosnia and Herzegovina, Kosovo, Pakistan and the Republic of Georgia.

“The global economic crisis underscores the political and economic interdependence of Europe and the United States,” Susan says.“The book fills a gap for Americans who don’t yet appreciate the EU’s emergence as an international security provider.”

The end of the Cold War, conflict in the Balkans and shifts in international politics led the EU to create a Common Security and Defense Policy (CSDP). Equipped with crisis-management tools it previously lacked, the EU has deployed 24 CSDP operations since 2003, ranging from sending military personnel to assist UN peacekeeping troops to delivering humanitarian aid.

CSDP represents a first in international relations: a union of states acting to enhance stability and security in the world.“The EU is not a state with a state’s foreign policy,” the authors say.“It is a messy polity; at every juncture of decision-making, myriad interests must be reconciled before a compromise is made and a CSDP operation is launched.”

The book highlights how CSDP operations make a multi-level impact on the EU and its member states, on host states and societies and on other international security providers.“During the last 10 years, the EU has made a valuable contribution to international crisis management,” Susan says.“No longer a nascent security actor, it has fielded missions around the globe with positive effects.”The authors contend that the EU has become “a niche international security provider—active in some regions, yet inactive, underutilized, underresourced or absent in others.”

In June 2012, Susan spoke at seminars and events in Sarajevo and Brussels launching the book.“It’s fitting that the first event was in Sarajevo,” she says.“The Balkan wars were the primary catalyst for the EU decision to develop military and civilian capabilities for crisis management.The first CSDP operation was in Bosnia and Herzegovina, a mission that ended in June after 10 years of important work.” European broadcast and print media featured stories about the book, and Susan returns to Europe for more events this fall.

Susan also delivered a keynote address in Sarajevo examining the impact of the EU Police Mission (EUPM) in Bosnia and Herzegovina.The EUPM Mission Magazine interviewed her about the EU’s legacy in Bosnia and Herzegovina. She saluted the “positive functional effects” of the EU Police Mission that assisted “the national authorities in the fight against organized crime and corruption.” The extensive EU cooperation with both NATO and the United States illustrates the strategic impact of EU security assistance, she notes.

Susan believes “the EU is an unfinished and dynamic experiment that requires creativity, political will and leadership along with essential resources and capabilities.” The book concludes that “CSDP, like other policy sectors of the EU, will remain a work-in-progress—partly finished, partly effective, and yet of interest to a world that has always expected more of the union than it has been willing to give.”

After serving as a visiting research fellow at the Institute for European Studies (IES) in Brussels in 2010, Susan is a senior associate there. She received a follow-on Fulbright grantin 2010, returning to Bosnia and Herzegovina to build on the work of her 2007 fellowship. She also consults for the

Susan’s students benefit from her research. Every other year, she leads a Model UN team in New York, which simulates a UN session. Thanks to her contacts, students get to meet with leading European diplomats.

“The United States and Europe face common security challenges, and a strong relationship with Europe remains essential to American values and interests,” Susan says.“The United States must collaborate with both the EU and individual countries.”

The EU received the Nobel Peace Prize for six decades of successes in building peace and reconciliation, democracy and human rights.“The award serves as a symbolic encouragement during a period of economic crisis, social upheaval, and xenophobic nationalism,” Susan says.“When the EU speaks and acts as a coherent bloc in global affairs, the international community benefits.”