Growing up, Mark Szekrenyi ’23 fell in love with Hawaiian sea turtles while snorkeling during family vacations. “Their peaceful majesty created a lasting bond with me,” he says. On his last visit to Hawaii several years ago, he learned just how endangered the creatures are. In the last two decades, the population of green sea turtles, or honu, has increased from 35 nesting females in 1973 to nearly 800. However, the hawksbill sea turtle, or Honu’ea, is critically endangered with fewer than 100 nesting females in Hawaii.

Mark was inspired to help the sea turtles after listening to President Gayle D. Beebe speak at the March 6 President's Breakfast. “He said he challenges students to ‘Think for yourself. Live for others,’” Mark says. “That really struck a chord within me.”

Days later, on March 11, the World Health Organization declared a global health pandemic. Mark says he decided to act on behalf of the threatened sea turtles while taking a Political Theory and Ideology Mayterm class, taught remotely by Jesse Covington.

“Dr. Covington highlighted concepts like the Christian mandate, determinism versus voluntarism, and the tyranny of the majority,” Mark says. “I realized the importance of EVERY voice being heard. All those ideas and President Beebe’s challenge swirled around in my head for a few weeks until I asked myself, ‘What if who (or what) needed help had no voice?’”

As the coronavirus spread into the summer, Mark launched a new organization, the Honu Shirt Company. He donates all the net profits to the Hawai’i Wildlife Fund, which protects native wildlife with a focus on the hawksbill and green sea turtles. 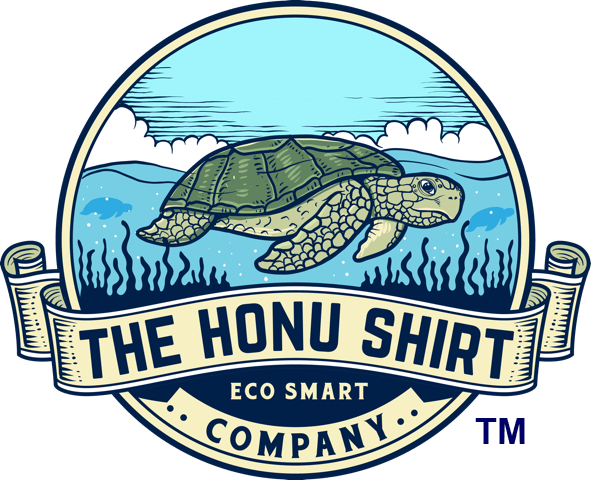 A mechanical engineering major and cross country and track runner, Mark did a lot of research, found an American shirt vendor and signed a memorandum of understanding with Hawai’i Wildlife Fund. “This is where my analytical mindset helped and my cross country background gave me the mental endurance to persevere,” he says. “The costs and paperwork of business li- censes, reseller’s permits, LLC foundation, and the trademark were a much bigger hurdle than I expected, but I got through it one methodical step at a time.”

At the same time, he started putting together a supply chain and designing a website. He even discovered a wholesaler in New York that weaves shirts out of certified organic cotton and recycled post-consumer-waste plastic water bottles.

He found a heat transfer vendor in Virginia to print his designs, and a press manufacturer in Kansas that sold him the capital equipment to produce the final product. “My mom’s oil painting of a sea turtle that’s been in my bedroom my whole life, inspired the company logo,” he says. “I spent my life’s savings buying the equipment and the inventory and took over our garage.”

He recruited his father to handle the accounting and his mother to make the product while he’s on campus. “But I handle the marketing, website and new product development even while I’m at Westmont,” he says. “I’m fortunate to have parents who’ve supported my crazy idea!”

The Lakewood, California, resident heard about Westmont through USC’s 3-2 engineering program, which accepts transfer students from specific liberal arts colleges and universities. He visited cam- pus and was impressed with the serene beauty and the welcoming attitude of cross country coach Russell Smelley.

“I fell in love with Westmont! Mark says. “But the 3-2 program didn’t appeal to me. If only Westmont offered engineering directly.”

He committed to an engineering school and then learned Westmont would begin offering engineering. After some consideration, he chose Westmont.

An Eagle Scout, Mark says space has always fascinated him—he even attended Space Camp at the Marshall Space Center as a teenager. “I love to logically analyze problems, and I have a strong love for science, so I have been laser-focused on a career in engineering for a long time,” he says.

With his shirt business in a fledgling stage, he learns something new every day. “So far I’ve learned that anything is possible with the right motivation, faith and work ethic,” he says. “I went into this endeavor as a shy, stereotypical Trekkie, growing up with no sisters, no fashion sense, and totally oblivious to social media. Starting an internet-based fashion brand was about as far out of the box as I can imagine. But it was also the most logical path to accomplish my mission.”

Mark competed in just four races his first season before suffering a back injury. He says his first retail customer was Coach Smelley. “He ordered it online on his own, surprising me,” Mark says. “It reaffirms the sense of family I felt when I first met him as a high school junior.” To purchase Mark’s shirts, visit thehonushirtcompany.org