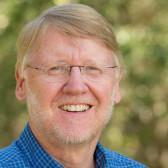 Music can bring people together across borders, religions and even time. Paul Willis, professor of English, explores this idea in his newly published young-adult novel, “All in a Garden Green” (Slant Books, 2020). His experience teaching at Hengrave Hall in England, home of Westmont’s England Semester for two decades, inspired him to depart from his usual nature writing and pen a story set in the old English manor home. In the novel, 13-year-old Erica Pickins walks through a door on a family visit to Hengrave Hall and finds herself mistaken for the elder daughter of the house — in the year 1578! The household expects Queen Elizabeth I for a special visit, and the musically talented Erica becomes a key part of desperate attempts by the Catholic family to entertain the Protestant queen.

“I want anyone who reads this book to have an adventure,” Paul says. “I can’t predict where that adventure will take them in their imagination. That said, I admit that insofar as the story dips into the deep sense of conflict between Catholics and Protestants in 16th-century England, I want to educate young readers about what that might have been like — and to warn them away from taking part in that kind of conflict as they get older. In the end of the story, the power of music becomes an almost magical way in which this conflict (at least for the moment) is resolved. I suppose I want to provide some hope that our differences, however intractable, can be transcended.”

Gary Schmidt, a Newbery Honor recipient and National Book Award Finalist, says, “Fling together a girl about to leave childhood behind, an ancient house filled with chapels and towers and chambers and hidden staircases, lutes and virginals, Queen Elizabeth I, a wise and knowing mentor, and two huge Saint Bernards — and then mix them with the slipperiness of time, and you have this rollicking novel that speeds its way to its nick-of-time ending. This is a playful book, spanning four centuries of a changing language, and undergirded by the lovely certainty that what lies ahead will always be better.”