Westmont Magazine An Enterprising Advocate for the Private Sector 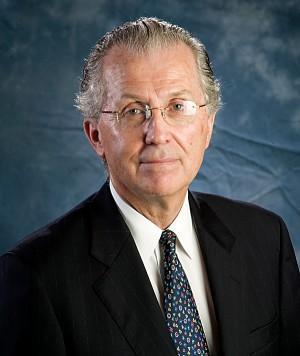 When he speaks to college students, Stanton Anderson ’62 offers a crisp, new $100 bill to anyone who can convert one million, one billion and one trillion into seconds. The answer — 12 days, 12 years and 32,000 years — astounds the audience. “I haven’t had to give away the $100 yet,” he says. “Most people don’t understand the magnitude of the debt we’re creating in this country.”

A lawyer who practiced in Washington, D.C., for 30 years, Stan now argues in the court of public opinion. He directs the U.S. Chamber of Commerce Campaign for Free Enterprise and speaks frequently at colleges and community meetings nationwide.

Senior counsel to the chamber’s president and CEO, Stan previously served as executive vice president and chief legal officer there, heading initiatives on legal reform and international regulatory cooperation. The 2008 election and the economic crisis raised concerns in the organization that government was overtaking the role of the private sector. “We did some polling and concluded that an increasing number of Americans, particularly younger people, thought socialism was better than capitalism,” Stan says. “That got us thinking about ways to be advocates for free enterprise. We kicked off the campaign in October, which is designed to be non-partisan and positive. We want to be for something rather than against something and remind people of the role free enterprise has played in making the United States the most prosperous country in the world.”

The campaign targets young people with a page on Facebook, regular updates through Twitter and videos on YouTube, including the winner of the “I Am Free Enterprise” contest (www.freeenterpise.com).

To help revive the economy, the Campaign for Free Enterprise has issued a challenge: add 20 million private-sector jobs in the next 10 years. “I think the government has done a poor job of responding to economic problems,” Stan says. “Positions created by the stimulus package only last 18 months. The private sector provides a longer-term solution.”

In his talks, Stan outlines six strategies to create new jobs: double exports in the next five years; improve U.S. infrastructure systems; increase access to credit, especially for small businesses; step up efforts to meet the demand for energy; provide better technical education; and create a climate of certainty for business.“When businesses are uncertain about things like the costs of healthcare and energy, they do nothing,” Stan says. “They wait to see what will happen before adding jobs. They have to be certain about the rules so they can figure out how to make money.”

One area of uncertainty is the ever-evolving regulatory climate. “Business needs regulation,” Stan says, pointing to abuses by AIG and the disastrous BP oil spill. “But when regulations keep changing, it becomes a disincentive. We need effective regulation interpreted in a consistent way so business can function and operate profitably.”

Over the years, Stan has worked for Republican presidential candidates, including Ronald Reagan and John McCain. He served in the Nixon administration and received numerous presidential appointments during his time in Washington. “I’ve always loved politics,” he says. “Campaigns are fun, and the results are important. Elections have outcomes, and what you do has a tangible, measurable impact. I’d love another shot at it.”