Westmont Magazine Eyeing Filmmaking as a Lens for Storytelling 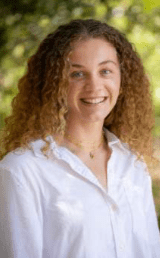 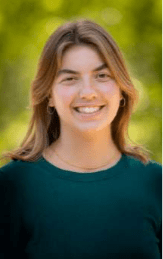 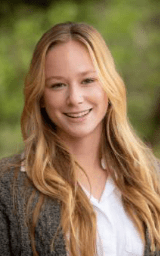 Three Westmont students gained extraordinary inside access to the film industry as part of the Santa Barbara International Film Festival (SBIFF), which in 35 years has become one of the leading film festivals in the country. The students were accepted to the competitive Rosebud Program, which offers a dozen local college students sneak-preview screenings and question-and-answer sessions with top filmmakers throughout the year.

Unable to meet Hollywood’s elite in person this year, Eva Moschitto ’24, Malia Yim ’23 and Bailey Lemmon ’23 participated in many more events due to the virtual format. They heard intimate details about the filmmaking process from the cast and crew of “Nomadland,” “Minari,” “Judas and the Black Messiah,” “Soul” and “The Father” just days before the films won Academy Awards.

In her first year at Westmont, Eva began writing for the arts and entertainment section of the Horizon, Westmont’s student newspaper, where she reviewed several films. “While I’ve always loved movies, it wasn’t until this year that I realized my interest in storytelling and the arts really fueled an interest in film as well,” Eva says. “The Rosebud program has given me the vocabulary to discuss films and understand the artistry that makes them great. It’s been fascinating to hear the stories and learn about the processes of the actors, writers and directors themselves.”

Malia and Bailey, student-athletes competing in volleyball and swimming respectively, took advantage of the shift online that allowed them to watch films and discussions on their own time. “The program has definitely grown my interest, exposing me to different kinds of films I typically wouldn’t see,” Malia says. “You’d love to be in the room with the director—that’s such a unique experience—but this was perfect for what I was looking for during this season in my life.”

Bailey, who majors in communication studies and minors in film studies, had to budget her time watching films given the demands of schoolwork and swimming. “The most educational part was learning how to conduct interviews and, through that, what to look for and pay attention to in films,” she says.

Eva, a Santa Barbara resident studying English and Spanish, has always been interested in language and literature. “In the Q&A’s with the creators, I loved hearing how intricate and intentional each piece of the film was, from the seamless mix of Korean and English in ‘Minari’ to the reversal of the ’70s crime narrative

in ‘I’m Your Woman’ to the attention to curls of hair and fingers on piano keys in ‘Soul,’” she says. “I could see my interests leading me to a number of fields, including journalism, screenwriting, entrepreneurship or education.”

Malia, a political science major who transferred to Westmont from George Washington University, found herself preferring feature films based on stage plays after several small-group virtual discussions. One of those, ‘One Night in Miami’ directed by Regina King, featured a phenomenal cast and a great script. “It was such an interesting concept, especially given the year that we’ve had,” she says. “It’s historical fiction, right? What a creative way for the writer, Kemp Powers, to imagine these four influential figures sitting down and having a conversation. It was genius. What a great way of not only continuing the conversations that we’re having about race, but tapping into some creative juices.”

She was surprised how much she enjoyed “Jingle Jangle: A Christmas Journey,” originally planned as a stage production. “As a former little girl who wanted to be an inventor, playing with Tinker Toys and taking Legos from my brother, I loved every second,” she says.

Bailey came to Westmont from Santa Cruz after the college launched the women’s swimming team and film studies minor. “I’m thankful to be in a place that fosters learning and excites me about my potential,” she says. “I’m most excited to pursue a career in something I am passionate about: storytelling.”

Regardless of what career path she chooses, Bailey hopes her faith represents how she acts and treats others. “I think my faith will also influence the type of projects I choose to be involved in, that they would be truthful and representative of all of God’s people,” she says.

Eva’s faith deeply affects the way she thinks about art and storytelling. “We have the blessing and responsibility of using the privileges and resources we have to create art and empathy through telling others’ stories and our own with authenticity and courage,” she says.