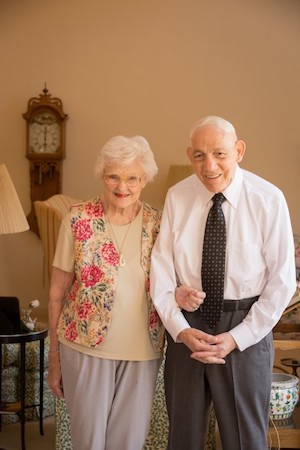 As a medical student at the University of Pittsburgh, Gil Ashor decided to spend a summer as an extern at Cottage Hospital in Santa Barbara. He met his wife, Carol, there; she was a Santa Barbara native and a student at Knapp School of Nursing across the street. Gil spent three years in the Navy as a flight surgeon in the Philippines and on an aircraft carrier. After his military service, he opened a general medical practice in Solvang, Calif., for six years. Interested in surgery, he received further training at UC San Francisco Medical Center. He worked as a cardiac surgeon in Los Angeles for 18 years before returning to Santa Barbara, where he continued to do cardiac surgery.

Gil retired early so he could devote his time to serving people in Third World countries. For nine years, he organized annual medical missions to India to do heart surgery. Not only did he line up two teams of cardiac surgeons willing to volunteer for two weeks, but he arranged for most of the equipment and supplies they needed. He also served in African countries and Nepal.

The Ashors raised their five children in a Christian home. “They all love the Lord and are active in their churches,” Gil says. One of their daughters attended Westmont for a semester before graduating from Whitworth, and their grandson,

Jonathan Breneman ’14, is a Westmont student and Warrior baseball player. They have 13 grandchildren in all.

“We’ve been friends of Westmont for 23 years,” Gil says. “We plugged into the college community when we first moved to Santa Barbara. We attended most of the meetings and hearings when the college was updating its master plan because we consider Westmont an important part of the community. We believe strongly in the value of Christian education.”

The Ashors have created an irrevocable trust funded by their Individual Retirement Account (IRA), and Westmont is one of several ministries that benefit from their bequest. This provision in their estate qualifies the Ashors to be members of the Wallace Emerson Society.

Longtime members of First Presbyterian Church in Santa Barbara, Gil and Carol have both sung in local choirs. “We are blessed beyond blessed,” Gil says.