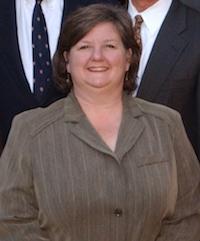 Leeba Lessin ’79, who built a successful career in healthcare, died January 25, 2021, at the age of 62 from leukemia. A longtime Westmont volunteer and donor, she served on the Westmont Board of Advisors and supported diversity scholarships and opportunities at the college. Westmont honored her as the 2019 Alumna of the Year.

Beginning in 1986 when she started a health maintenance organization (HMO) in Santa Barbara, Leeba played a leading role in a managed care company. After graduating from Westmont with a degree in history, she worked as associate executive director of the Santa Barbara Medical Society. She then decided to leave healthcare, and she completed an MBA at the University of Washington. Just before she graduated, a group of Santa Barbara doctors asked her to help set up a new HMO. Despite her lack of medical experience, Leeba agreed, and she became president of Freedom Plan in 1986. The organization combined a health plan and a delivery system, but it struggled to compete, and PacifiCare bought the HMO in 1992. The physician group, renamed Monarch Health Systems, continued as a delivery system for PacifiCare, and Leeba headed the company until 1994.

Seeking a change from healthcare, she enrolled at Fuller Theological Seminary to earn a master’s degree in theology and better prepare for lay ministry. But when PacifiCare asked her to take a national position based in Orange County, she became vice president for provider delivery systems. She traveled around the country helping management teams develop good relationships with physician groups. Meanwhile, she increased her involvement at Whittier Plymouth Congregational Church.

In 2012, Leeba joined CareMore, a health plan and care- delivery system for Medicare and Medicaid patients, as president and CEO. During her four years with the organization, she created a highly regarded medical management and care model for chronically ill patients. She retired in 2016 and spent the last five years of her life in Whittier, her hometown, where she owned three restaurants and started the nonprofit ArtForms Whittier, an art school for youth. She was also involved with the Whittier Library Foundation and the Whittier Museum.

“Westmont influenced my spiritual formation and my worldview, and I find other alums had the same experience,” she said in a 1999 Westmont magazine article. “There’s a thread that ties us together. Paradoxically, Westmont was both a challenging and a safe place to think. That’s a great legacy, and I want to see it continue.” 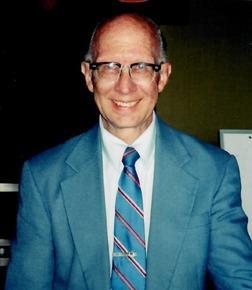 William James DeSaegher ’55, a longtime professor and Westmont volunteer, died September 10, 2020, at the age of 86. He served on the college’s Alumni Board for 40 years, became a fixture at Homecoming and coordinated his class reunions for 50 years.

An outstanding student, Jim held various offices, served as the editor of the school newspaper and played the piano for Westmont’s renowned male quartet. The vocal group sang at churches throughout California and toured the Pacific Northwest during the summer. He met his wife, Lou Rodin ’56, a fellow English major, at Westmont, and they married in 1956.

Jim earned a master’s degree in English at UCLA in 1959 and completed his doctorate in literature there in 1964. He had begun his music ministry at his father’s church (Valley Baptist) at the age of 15, and he resumed it as a choir director and organist.

In 1961, he moved his family to San Diego and began teaching at Cal Western/USIU, eventually serving as chair of the English Department from 1969-1975. He also taught at Christian Heritage College for two years, establishing the English Department. For the next 10 years, he divided his teaching time between National University and Point Loma Nazarene. He became a full-time professor at PLNU in 1987, and he retired in 2004. During his 43-year career, he taught 10,000 students in 27 different classes in composition and literature. Always interested in individual students, he enjoyed keeping in touch with many of them.

He continued his music ministry at Scott Memorial Baptist Church with 10 years as a pianist and/or choir director and the last 40 years as the organist. Jim formed The Scottsmen, a group of 16-to-18 men who presented Sunday evening concerts at churches throughout the county and annually in Hemet and Idyllwild. From 1973-1993, he arranged the music, directed and accompanied the group on the piano.