• having or displaying strong or ferocious aggressiveness 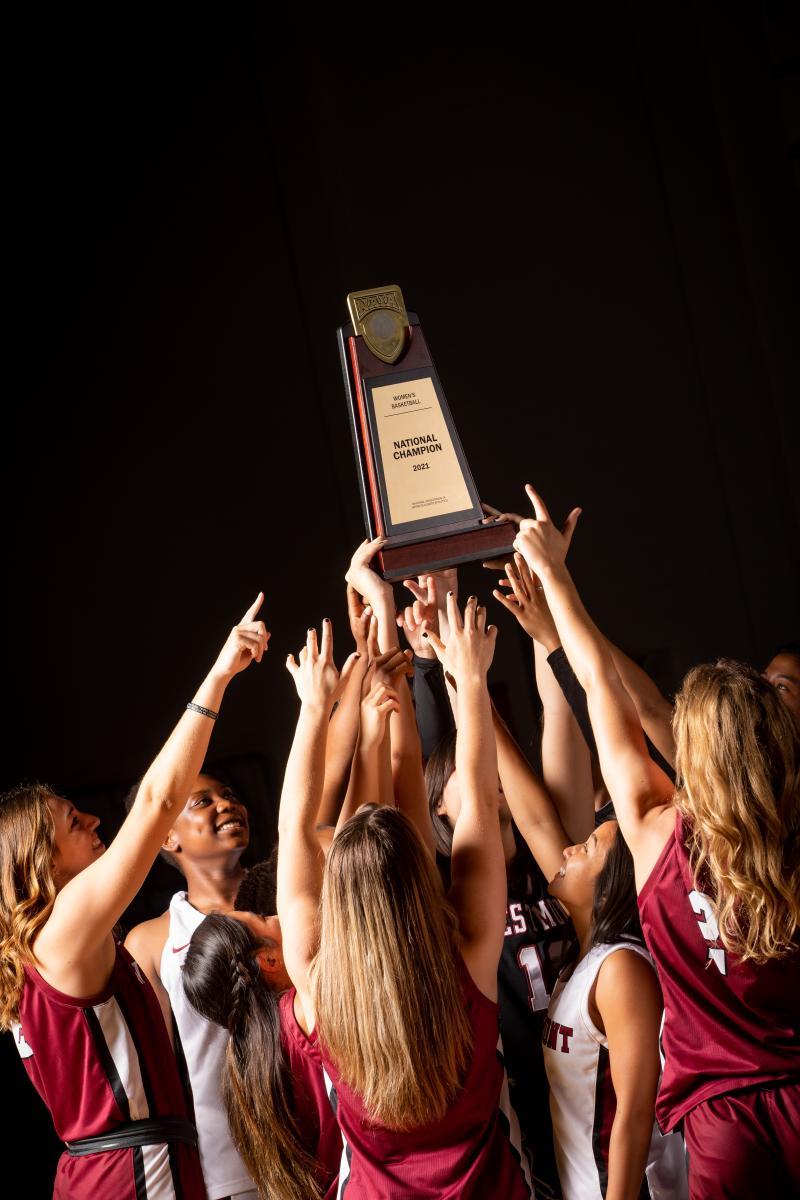 In March 2020, the women’s basketball team earned the No. 1 seed and top ranking at the NAIA National Tournament but never competed as the NAIA cancelled the event in the midst of the pandemic.
Last fall, the Warriors wondered how much basketball they’d play in the new season — and if the NAIA would schedule a national tournament in 2021.

The NAIA pushed the start of men’s and women’s basketball back a month. Even then, a positive COVID-19 test on the opposing team postponed the women’s first game. The Warriors lost their opener and two exhibitions against NCAA DI Pepperdine, UC Irvine and Long Beach State, respectively. Two games were canceled. Westmont’s ranking atop the NAIA Coaches’ Poll began to slide.

Before each season, Head Coach Kirsten Moore chooses a theme for the season. Facing uncertainty, she wanted to pare it down and focus on the basics: faith, hope and love.

“I kept coming back to the key tenets in Scripture,” she said. “Hope was the key piece. We had to maintain hope when the circumstances looked pretty hopeless. How could we challenge ourselves to remain hopeful? Are we hopeful in just an end result? Or are we actually hopeful in a God who promises to be with us no matter what the end result is?”

The season challenged the Warriors’ faith and led them to ask bigger questions about life and to try to understand the underlying meaning.

“We had to find ways to love each other through it all,” Moore says. “We had to trust that if we could focus on our faith, focus on maintaining hope through whatever comes and choose to love and serve one another, we were going to make it through this. Ultimately, our goal of becoming the best relates to much more than the scoreboard.”

They adopted a mantra: Control the controllables. In the summer, that meant the athletes staying in the best shape possible so they would be strong and ready to play. “We talked over Zoom that we might not even have a chance to compete for a National Championship — we might not have a chance to play a single game,” Moore said. “But those were things I felt were uncontrollable. We could control our attitude and how we responded to the adversity.

“I also felt strongly that one of the things we could control was how we cared for and loved each other.”

During a team retreat, the players created an identity statement about who they wanted to become during the process: “In unforeseen circumstances, we are Warriors, grounded in faith, remaining in hope and united in love.” 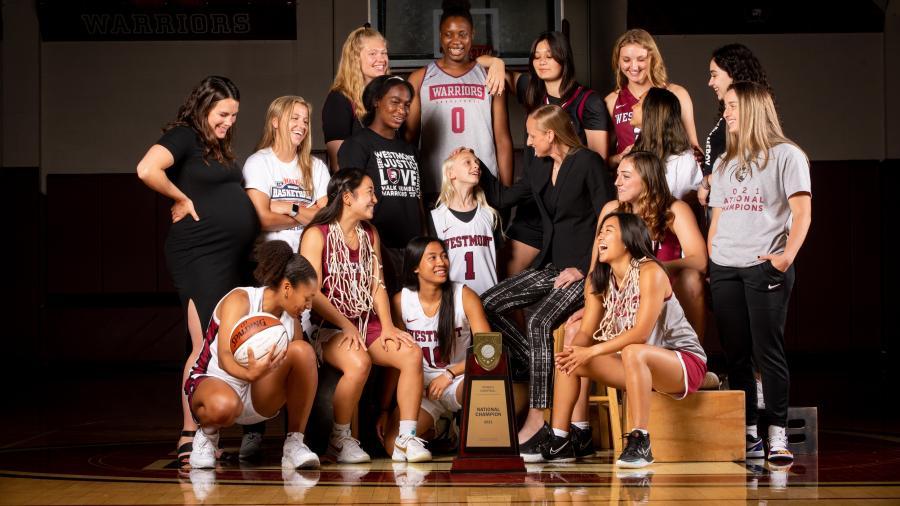 Still strong, the women’s basketball team endured coronavirus testing several times a week, and no one ever tested positive. They also never lost another game. On January 16, they defeated DII Azusa Pacific before sweeping through the Golden State Athletic Conference West and beating DII Point Loma. Westmont began the NAIA National Tournament as the No. 2 seed, earning a first-round bye in Lewiston, Idaho. In a historic performance, the fourth-ranked Warriors scorched the nets before cutting them down, defeating Montana Western 97-62 and advancing to the Round of 16 in Sioux City, Iowa. The Warriors set both an NAIA Tournament record and a program record by draining 21 3-pointers.

In every game that followed, the Warriors fell behind at some point, but they stayed strong and always found a way to win. They defeated top-seeded Thomas Moore of Kentucky by a score of 72-61 to earn their second national championship in program history.

“We fought back, trusted each other and overcame whatever was thrown at us,” Moore says. “And time after time, when we were in need of a big shot, or a big stop on defense, or a rebound, this group stepped up and got it done.

“I couldn’t be prouder of the ways they chose to love one another, continued to persevere and fight and came out on top to win a National Championship.” 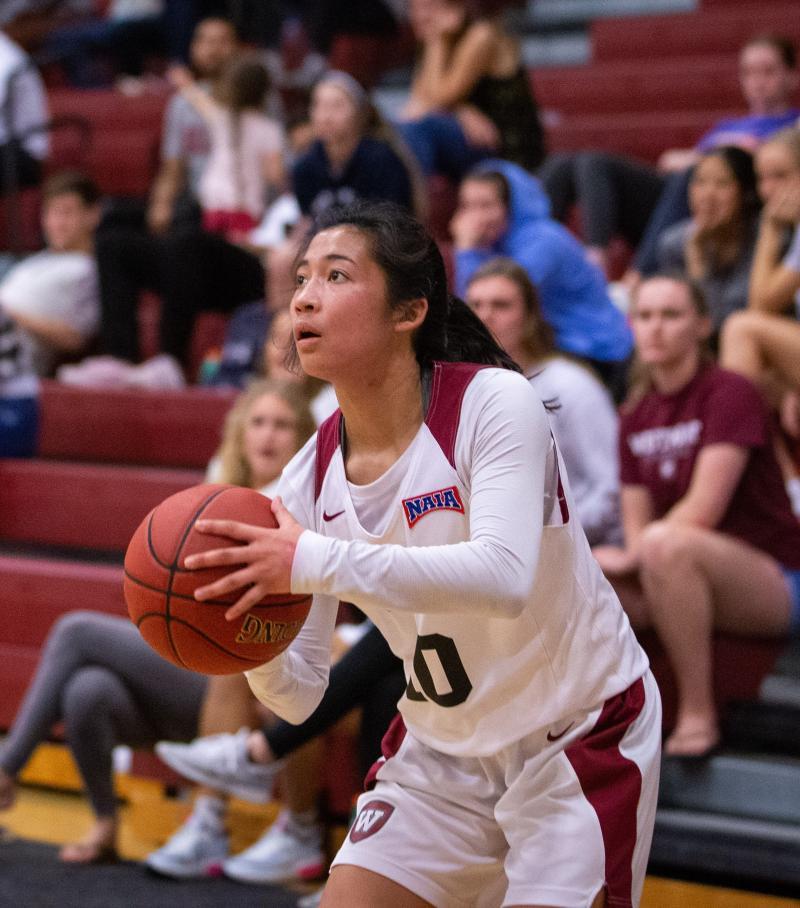 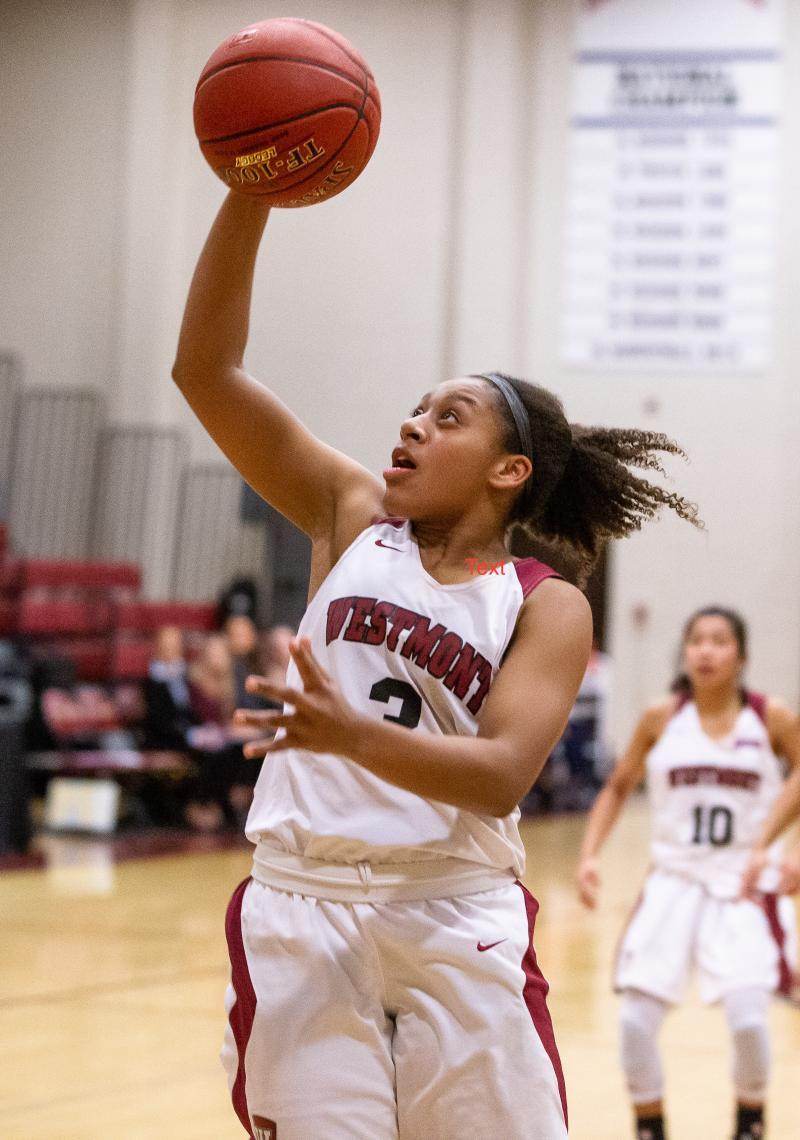 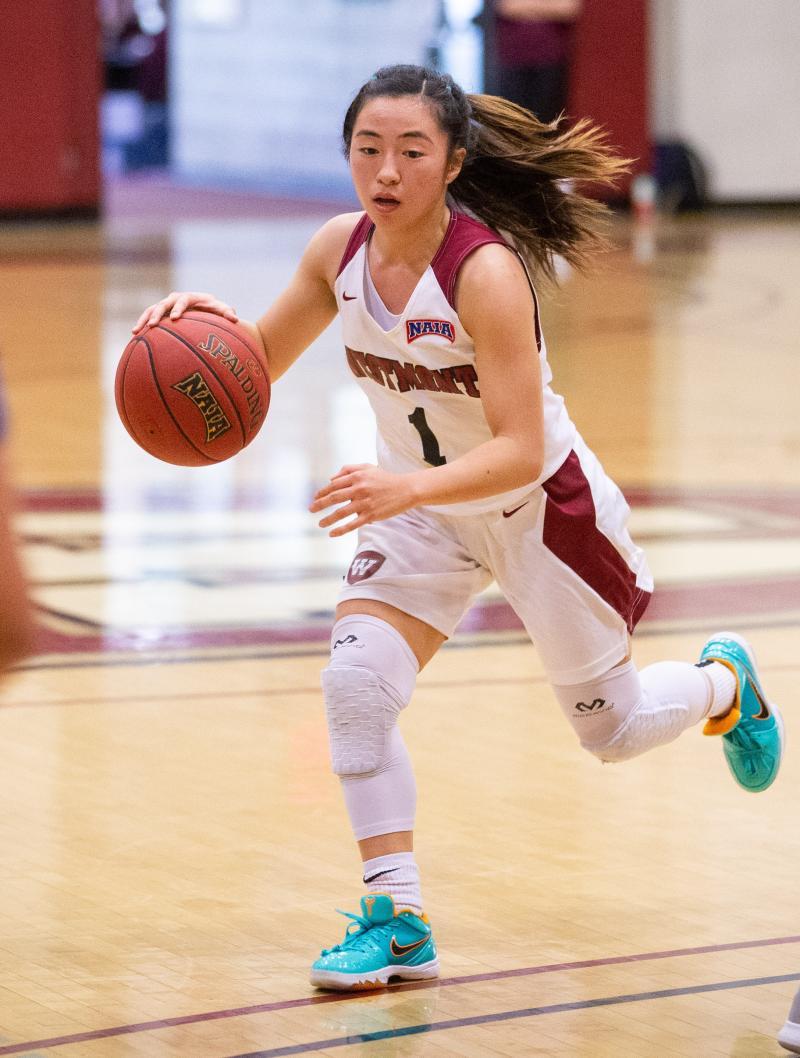 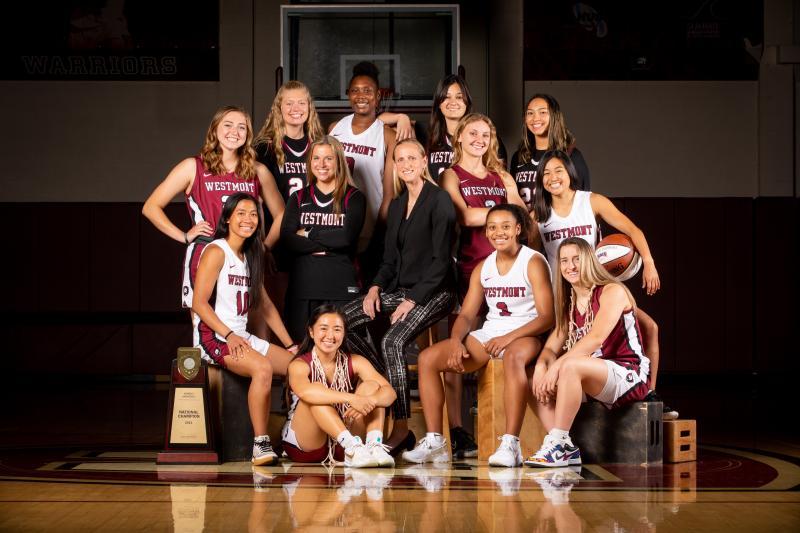