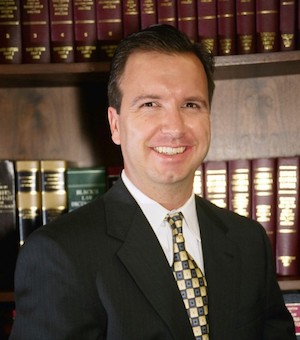 Dean Broyles ’89 grew up in Europe, where his father directed youth ministries. “That rich cultural experience protected me from the unhealthy aspects of American culture,” he says. “When I came back, I could see it more objectively.” In college, he majored in sociology and minored in religious studies, praying for God’s direction in his life. “Learning to integrate faith with learning was important for me, as were activities such as Potter’s Clay and Asia Project ’88,” he says.

Dean worked for several years as a youth director at Santa Ynez Presbyterian Church. “I enjoyed it,” he says.“Youth ministry is in my blood.” But he found his calling in a completely different field. In a telephone conversation with his father, Dean joked, “Maybe I should be a lawyer.” His father replied, “Maybe you should—you’d be a fine lawyer.” Within hours, Dean realized he could be passionate about fighting for religious liberties. He decided to enroll at Regent University School of Law to study constitutional law and prepare to defend religious freedom. He had two weeks to study for the Law School Admission Test and did well enough to get admitted. He and his wife, Shona Lewis Broyles ’90, moved to Virginia, and she taught elementary school there. “Shona is the most important gift Westmont and God provided,” he says.

The critical thinking and communication skills he learned at Westmont helped him in law school, Dean says. An internship with the National Legal Foundation, which promotes religious liberty, gave him valuable experience, and Jay Sekulow of the American Center for Law and Justice mentored him. After Dean graduated, he and Shona moved to San Diego, where he established his own legal practice, specializing in general litigation and business matters. She teaches at the charter school two of their three adopted children attend.

Dean started doing pro-bono work for the Alliance Defense Fund (now the Alliance Defending Freedom) and enrolled in their national litigation academy. His first big case, Sturm vs. U.S. Navy, challenged a quota system for Navy chaplains that discriminated against evangelicals. The suit led the Navy to promote Dean’s client, give him retroactive back pay and change their practice.

In 2007, Dean established the National Center for Law and Policy (www.nclplaw.org) to promote religious liberty, and he now devotes most of his time to this work. “I’m seeing a lot more discrimination and intolerance against Bible-believing Christians,” he says. “I defend Christians whose rights have been violated. There’s a lot of ignorance about the law; separation of church and state doesn’t mean the eradication of religion. Our goal is to keep the doors open for the spread of the gospel of Jesus Christ.”

The center seeks to support students, churches, families and the unborn and pursues cases involving religious land use, expression in the public square and equal access for individuals and groups. For example, Dean represents parents who object to the introduction of Hindu-based yoga in the public schools and street evangelists who experience harassment.

His booklet, “Pastors, Pulpits & Politics: The Case for Clear Biblical Moral Teaching,” provides practical legal advice and challenges pastors to stand up for their faith. “Cultural pressures are squeezing pastors into the mold of the world,” Dean says. “One of my missions in life is to help pastors be bold and speak the truth from the Bible. We are letting the culture dictate what we do and say rather than the Bible. We should be speaking the truth in love.”