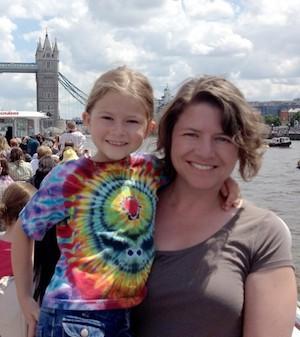 Her Dutch parents immigrated to Salt Lake as children, and Christie grew up visiting the area. “I love Utah, the people here and the natural environment,” she says. “I live downtown, but I can hop on a bike and be in a canyon in the mountains in 15 minutes.”

After working in communications, she was drawn into community planning. “I have a heart for understanding stories about where people live and what they envision for their future,” she says. “I coordinate discussions from grass roots to grass tops, from residents to leaders—everyone ought to have a say because we all have a stake in the future. As we tease out stories and dreams, we help people craft a common vision. Even regions and cities have a story.”

Christie is facilitating a discussion about a blighted area on the west side of Salt Lake that serves as a transportation hub. “Regions like this can make a big impact, and we want to make the most of it,” she says. “How can we best invest here to improve the quality of the air and life in the neighborhood, reduce commute times and create communities where people can walk to work? People long for incidental meetings with each other.

“As a region, we have a 3 percent strategy that envisions about a third of new households on about 3 percent of our land in strategic locations that are urban, walkable and more neighborly. We want to return to our roots. My neighborhood downtown is 100 years old, and I can walk to the grocery store and to church. My 8-year-old daughter considers it her living room. She plays in the park, has breakfast at the local coffee shop and walks to summer camp.”

Envision Utah works with the U.S. Department of Housing and Urban Development to teach their process to communities nationwide, and they’ve met with 13 countries interested in the model. “We help people see common ground in landscapes that are polarized,” Christie says. “The verse, ‘Be completely humble and patient, bearing with one another in love,’ reminds me to listen and help people listen to each other and understand the common ground they share.”

An English major with a minor in Spanish, Christie edited the Phoenix her fifth year, when she earned a secondary teaching credential. “I miss chapel,” she says. “You don’t get that kind of intentional experience three times a week anywhere else. I love to learn and to try new things. Westmont exposed me to so many ideas, and I could weigh them in a challenging and intellectually rigorous setting grounded in faith. I honed a world view that I was raised with and accepted as my own, discovering who I am as a child of God.”

Once she got involved in community planning, Christie completed a Master of Urban Planning at the University of Utah and teaches there as adjunct assistant professor at the College of Architecture + Planning. She belongs to First Christian Reformed Church, which her parents attended as children. “It’s been a family to me,” she says. Historically the congregation was Dutch, but now it reflects her diverse urban neighborhood. “Utah is becoming more diverse and culturally rich, and the state is choosing to view that diversity as an asset and incredible portal to the world at large.”