Westmont Magazine Finding a Way to Fund a Free Press 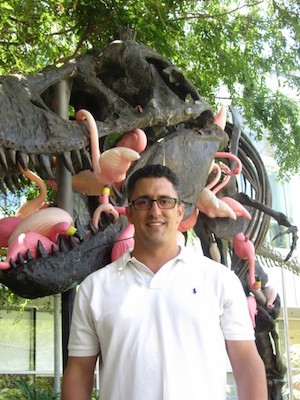 At Google, David Gehring ’93 seeks to develop a viable economic framework to support the free press. “We’re living in a time of epic economic migration from a traditional to a digital media economy,” he says. “It’s disrupting how the news media is funded.”

Newspapers have moved online but haven’t developed effective ways to raise revenue from their content. Meanwhile, U.S. print editions are losing circulation and advertising and have reduced reporters by 40 percent since 2006. Google wants to reverse that trend. “I’m a big believer in the role of the news brand,” David says. “At papers like the New York Times, editors have to balance competing interests: getting the news out quickly while avoiding mistakes that could detract from the brand’s value.” He thinks too many bloggers and cable broadcasters focus more on expressing opinions than rigorously investigating and accurately reporting stories. “But a trusted brand holds reporters and editors accountable,” he says.

“News media haven’t had the tools to leverage the value of their brand digitally,” David says. “And advertisers haven’t had the option to buy branded inventory even when they were willing to pay more for it. Google seeks to address both these issues to help raise ad rates and improve economic viability.”

David acknowledges that Google also profits. “I like capitalism,” he says. “I just want to make sure we have a good, for-profit economic framework that provides journalists with a living wage and allows them to hold power accountable and give us the information we need to be free and self-governing.”

David majored in philosophy. “My professors were really strong,” he says. He visited many philosophy classes at Stanford with friends throughout college and decided he got just as great an education at Westmont. “My average class size was four students, and the engagement with Westmont philosophy professors was amazing,” he says. “Philosophy forces you to think in productive ways, linearly and rigorously. Juxtaposing an environment seekingto follow Jesus Christ adds a layer you can’t get anywhere else; it forces you to be rigorous in your systematic approach to what you know and what you believe by faith.”

After a few years in youth ministry, David turned to business and initially learned about managing risk by working for a large insurance broker. Intrigued with the Internet, he joined a series of software startups doing business development, sales and marketing. “I love entrepreneurship,” he says. “Starting something from nothing gives me a glimpse of God’s creative nature.”

“Philosophy majors and engineers think alike,” David says. “You have to break problems down into their component parts before building an elegant solution.” Eventually, he got into the mobile software business, then developed strategic partnerships between news media and YouTube, which Google acquired. He assumed his current position in February.

After spending time in countless newsrooms, David encourages Westmont students to study journalism. “The New York Times, Wall Street Journal, Washington Post and other major news organizations define our collective understanding of reality,” he says. “Christians need to be at the table engaged in that conversation.”