Westmont Magazine Four Alumnae Join the Board of Trustees

The Westmont Board of Trustees, which oversees the operations of the college, has welcomed four new members. Denise Jackson ’78, a director of human resources in Pasadena, Calif., Sharon McGee Rose ’89, an attorney in Washington, D.C., Lynne Small Tahmisian ’67, vice president of La Arcada Investment Corporation in Santa Barbara, Calif., and Celeste Keith White ’76, president of Vintage Ranch Properties in Napa, Calif., are all alumnae of Westmont. 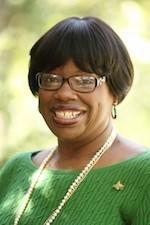 Jackson, who works at Career Education Corp., serves the Westmont Alumni Advisory Committee and belongs to the Wallace Emerson Society. “My goal, responsibility and focus is to make sure alumni issues, concerns and interests get brought to the board,” she says. “I am a big proponent of connectivity. When I look at my own life, my relationships and my closest friends, they all come from Westmont, whether I knew them here or have met them along the way. I want people to remain connected with the college over a long period of time.” 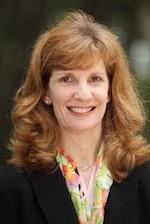 Rose, who earned a Master of Business Administration degree at Claremont Graduate University and a Juris Doctor from UC Davis, is an associate with Cadwalader, Wickersham & Taft, the oldest continuously operated law firm in the United States. A former partner of Trinity Financial Partners, she spent 15 years in financial services before entering the legal profession. “As a student at Westmont, I really appreciated the overall educational experience and the lifelong friendships and relationships that I developed,” she says. “Westmont has a unique combination of academic strength and commitment to Jesus Christ — making Him preeminent in all things, as our motto says.” 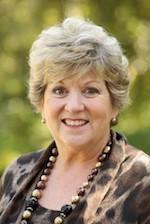 Tahmisian is the daughter of the late Dwight Small, professor emeritus at Westmont and a well-known author on Christian marriage. Her aunt, Marjorie Petersen, is a trustee emeritus. She is the mother of Tim ’97, who graduated from Westmont with a degree in psychology. “At Westmont, I always felt the closeness of community,” she says. “While you didn’t know every student on campus, you had this feeling of real community. I love that. Everyone was friendly.” 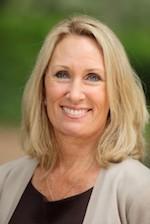 White, who’s had four children attend Westmont within a 12-year span, traveled to Santa Barbara frequently to watch her children compete with the Westmont men’s and women’s polo teams. She herself attended Westmont because she wanted to have her education influenced by Christian doctrine. White says, “Westmont changed my life by providing me with instruction and tools in an academic environment with a Christian world view; this has helped me engage my faith in the community around me. The campus is strongly evangelical and also religiously ecumenical, which is a very special and important feature of this college.”