Westmont Magazine Getting Down to Business

A Westmont economics and business major publishes a business case study of an American retailer. 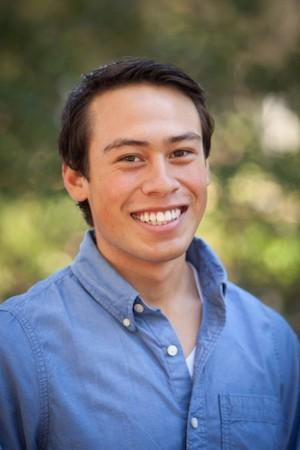 Cameron Mahi ’13 has accomplished an unusual feat for an undergraduate: He has published a business case study analyzing the marketing decisions of American retailer Abercrombie & Fitch. He worked on the project, which narrates a decision, challenge or opportunity that occurred in a company, through the summer. Ivey Publishing with the Richard Ivey School of Business at University of Western Ontario, has published his work.

“Normally, MBA students write cases,” says David Anderson, associate professor of economics and business.“Cameron has excelled to get a case published as an undergraduate, and we use it as an example so other economics and business students can follow his format and approach. We’re interested in developing a series of business cases to explore technology, marketing and management decision-making.”

Cameron began working on the project in Anderson’s marketing class in fall 2011. “He was a new teacher, and his style was different from other professors,” Cameron says.“He uses case studies to teach students how to learn, which he says is what most graduate schools do.”

The following spring, Cameron became Anderson’s teaching assistant, and he shared his work at the Summer Research Symposium in September.“The economics and business department had never had a student participate in that symposium,” Cameron says.“During the summer I rewrote the case study and changed the direction I wanted it to go, which involved studying filings from the SEC (U.S. Securities and Exchange Commission) and looking at their financial records to see where they were spending their money and directing the flow of their products.”

Cameron earns a bachelor’s degree in economics and business in December and intends to pursue graduate school at Pepperdine University with a partnership at UC Santa Barbara. Eventually, the Waipio, Hawaii, native hopes to work at a marketing, advertising or public relations firm.

He first heard about Westmont after his mother discovered the college on the Internet. He visited campus during spring break and fell in love with it.

“Auntie Joyce (former dean of admission Joyce Luy) was emailing me back and forth,” Cameron says.“She was the only college representative doing that. I felt like I wasn’t just a number on an application. This was a big life decision, and she helped me through the process.”

He says Westmont has taught him how to learn.“Westmont cultivates an environment that forces students to not only want to learn but to be willing to go the extra mile and be excited to read books and attend classes because the teachers make it extremely enjoyable and easy to understand,” he says. “In rhetoric with Dr. Spencer, we learned that the breadth of knowledge is more important than the depth. Knowing something and connecting it to another subject and understanding how they relate to each other is the true meaning of education.”

The one thing that Cameron didn’t find at Westmont was the diversity that he appreciated about his hometown of Waipio, a short drive from Honolulu. He has led Westmont Intercultural Organizations (ICOs) for the past three years.“Our mission at ICOs is to not only make Westmont more culturally aware, but to have students want to grow in their knowledge,” he says. “We all have a different culture or racial heritage, and that’s what makes each and every one of us special.”

This year, Cameron helped spread the culture of Hawaii through the annual luau, which attracted about 200 people.“Many Christian campuses are not culturally diverse, but as people of God, it’s one of our goals to learn about different cultures. Not only do we have to find ways to incorporate that into the classroom, but as a residential campus, we’ve decided to hold events at night and on weekends to teach students about issues related to diversity.”

The admissions office values his leadership within the ICOs, specifically as copresident for Hawaii No Ka ’Oi his sophomore year.“His passion for increasing Pacific Islander awareness on campus, diversity initiatives and his overall amazing organizational skills really shone through that year,” says Olympia Tuliaupupu, admissions counselor and liaison for diversity outreach, who hired him as an intern.“It’s been humbling to witness his work ethic and desire to help wherever he can.”