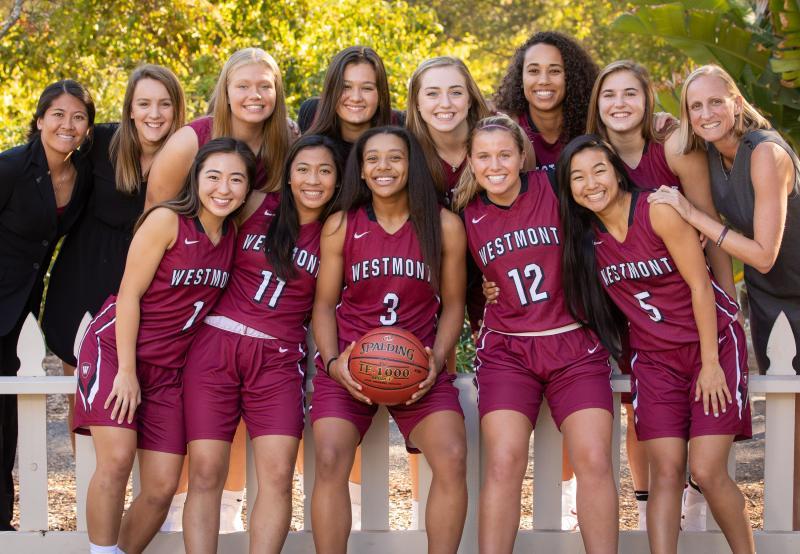 The Westmont women’s basketball (24-8), ranked No. 8 in the NAIA Final Coaches’ Top 25 Poll, won the Golden State Athletic Conference Tournament March 2, defeating No. 5 The Master’s, 60-50. The Warriors have won the GSAC Tourney four years in a row, the first time that’s happened in GSAC history.

The Warriors’ victory resulted from a strong defensive performance. “We had a lot of new players who came into the program this year,” said Westmont head coach Kirsten Moore, the 2019 NAIA Coach of Character. “From day one, they hear how defense is the foundation of our program. On the court, defense is central to everything we do. It took the newcomers a while to figure it out, and it took a while as coaches to figure out how we could be successful defensively. I am so proud of their effort tonight. They have learned how to be gritty, tough and resilient through a lot of ups and downs.”

Westmont earned an automatic berth in the NAIA National Tournament, losing in the first round to Louisiana State 70-59 on March 13, in Billings, Montana. The Warriors were outgunned by the Generals who shot 52.0 percent from the floor and 42.9 percent from three-point range. Westmont made just 33.9 percent of their field goal attempts, including just 23.8 from three-point range.

Westmont men’s basketball (18-10) received an at-large berth into the NAIA Men’s Basketball National Championship held in Kansas City, Mo. The Warriors were given the eighth seed in the Duer Bracket and faced top-seeded Benedictine (Kan.) (30-3).

This was the fifth-straight season that the Warriors have made an appearance at the national tournament – longest in program history. Westmont was led this season by Olisa Nwachie, who averaged more than 17 points a game this season and was named to the All-Golden State Athletic Conference team. Nwachie, a 3rd-Team NAIA All-American last season, was named to the All-GSAC team for the second year in a row.