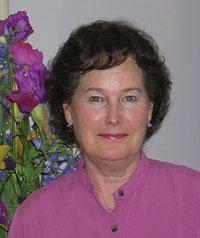 For years, Lois Santere Dodds ’80 has helped people who experience traumatic events, personal tragedies or difficulty adapting to different cultures. A professional counselor and a person familiar with cross-cultural challenges and hardships herself, she believes those in crisis respond best to a holistic approach. Heartstream Resources, which she co-founded in 1992, provides this kind of assistance for missionaries and international humanitarian workers (www.heartstreamresources.org).

Heartstream has four purposes: teaching people who live overseas how to stay well, caring for those in crisis, advising organizations how to meet the needs of people in cross-cultural work, and applying research related to international humanitarian service.

Crises can range from natural disasters, kidnappings and assault to divorce, depression and doubt. “At Heartstream, we address everything — medical, psychological and spiritual issues — so people get all the help they need in one place,” Lois says. “Deep questions can arise as people ask ‘Did God overlook us?’ Recovery requires them to develop not only a strong sense of self but a strong sense of God.”

After the 2008 Tea Fire, Lois spent four days counseling Westmont professors whose homes were destroyed or damaged. “It was a privilege to return to campus and work with faculty from my alma mater,” she says.

The eighth of 12 children and the first to graduate from high school, Lois enrolled at Westmont in 1958. But she soon left to care for her ailing mother and younger siblings. In 1960, she married a medical student, and they had three children. Her determination to finish college never died, and she took classes at night, continuing even when her husband, Larry, spent a year in Vietnam as an Army doctor. In 1969, the couple joined Wycliffe Bible Translators and went to Peru for 13 years, where he served as a physician and she worked as a writer and an editor. During a furlough, she returned to Westmont and completed her degree in psychology in 1980. She then earned a master’s degree from Azusa Pacific University and master’s and doctoral degrees in confluent education at UC Santa Barbara. She spent 20 years teaching through APU’s international extension program, and the university inducted her into their Academic Hall of Honor in 2008 and gave her the Azusa Centennial Alumna Award in 1999. Westmont named her Alumna of the Year in 1989 for her work with Wycliffe and her contributions as an author of technical and devotional books.

In 2008, after 48 years of marriage and a 10-year battle with ALS, Larry died. Lois continues the work of Heartstream, which the couple co-founded. “I’m 69, and I want to have another 20 years of ministry and retire when I’m 90,” she says.

Lois has three children. Kathryn Dodds ’85 Moore and her husband, Stephen ’82, work with Wycliffe. Michael is a professor at University of North Carolina School of the Arts, and David is an epidemiologist. Lois often takes one of her eight grandchildren with her on trips overseas.

“Westmont does a good job of exposing students to the needs of the world, arousing empathy and a sense of God’s call.” Lois says. “Potter’s Clay is a particularly effective way for young people to test their resiliency and ability to give themselves to others. The college plays a key role in the formation of its students and has a good record of preparing people for ministry. It’s important that young people can be scholarly and rooted in the culture around them, integrating academics and service.”