Nivaldo Tro ’85, Westmont professor of chemistry since 1990, was born and raised in Culver City, Calif., after his parents emigrated from Havana, Cuba, in 1959. He earned a doctorate in chemistry at Stanford, where he researched optical techniques to study the adsorption and desorption of molecules in an ultra-high vacuum. His postdoctoral research at UC Berkeley focused on ultrafast reaction dynamics in solution. He has published more than 20 journal articles and received grants from the American Chemical Society, the Petroleum Research Fund, Research Corporation and the National Science Foundation to study the dynamics of various processes occurring in thin adlayer films adsorbed on dielectric surfaces. He has been named Outstanding Teacher of the Year three times and Outstanding Researcher of the Year. He is best known for his chemistry textbooks used at more than 600 colleges and universities worldwide and translated into five different languages. A third of all college students taking chemistry today use one of his textbooks. He lives in Santa Barbara with his wife, Ann, and their four children. He enjoys mountain biking, surfing, reading to his children and being outdoors.

Sean ’95 and Paige Baird ’00 Whiting never attended Westmont at the same time but met while living abroad and married in 2009. Soon after, they began working with children at Covenant Children’s Homes (CCH), pursuing a calling they felt in India. Sean and Paige both have backgrounds in education and religious studies, and they work with at-risk children in rural, developing areas of India’s southeastern state of Andhra Pradesh. They direct a CCH ministry that brings orphaned children under the care of a local village pastor. Raised by pastors’ families and church community members, the orphans attend the best available schools in their area. The Whitings have lived in India for five years but return to the United States each year to share this unique model of global orphan care.

2015 YOUNG ALUMNUS OF THE YEAR

Ryan Wolfshorndl ’05, who grew up on an almond farm in Chowchilla, Calif., earned a bachelor’s degree in economics and business while leading Westmont Student Ministries and traveling to Asia. During those years, he formed lifelong friendships, a love of learning and a foundation for his faith through encouragement from professors and the campus pastor’s office. Since graduating, he has lived in Santa Barbara and worked with fellow alumni at Anodos Advisors, where he is a CFA, CFP and partner. Anodos is a fiduciary consultancy firm that analyzes investment managers for trustees and individuals. He and his wife, Courtney, are active members of Santa Barbara Community Church. He attributes much of his love for God, his values and the trajectory of his life to Westmont and the community it fostered. 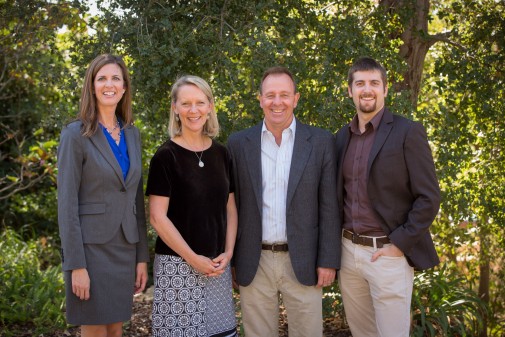 Byron ’82 and Lisa Repko ’84 Borden (center), both missionary kids, met at Westmont. They married in 1982 and arrived in Kenya in 1984, devoting their lives to full-time, cross-cultural service. In 2000, they moved to Europe to work with Marty ’81 and Carey Fanoe ’85 Uhler in church planting and discipleship. In 2007, they returned to East Africa, settling in Tanzania, where they focus on empowering men and women through discipleship and helping them generate more income. In 2013, they launched Wema Ventures, an organization dedicated to facilitating spiritual and economic transformation.They believe the best assistance comes through relationships that empower and nurture the whole person. They seek to alleviate poverty while encouraging active faith in God. Married 31 years, Byron and Lisa have four children, including two who graduated from Westmont and one who is a student. Their two daughters-in-law are alumnae.

Daniel Zia ’06 (right) started his first business in high school and paid his way through Westmont, where he met his wife, Sarah Smith ’06. To stay in Santa Barbara, he moved into residential real estate before graduating, just as the market declined. Thanks to the grace of God and the support of family and friends, he weathered the early years. He owns the Zia Group, a boutique real estate firm, and serves as CEO. His team sells more homes in the Santa Barbara area than any other. Readers’ polls in local papers have voted him No. 1 realtor. He focuses on being a real estate adviser always available to provide neutral advice. His desire to encourage people in their faith merges with his analytical mind and entrepreneurial drive, creating a vocation he calls a real estate pastor. He and Sarah have two children.

Assembly Republican Leader Kristin Olsen ’96 (left) was first elected to the California State Assembly in November 2010 and re-elected in November 2012. She represents the 12th Assembly District. She is a committed and respected leader with a reputation for reform, problem-solving and hard work. Born, raised and now raising her three children in Modesto with her husband, Rod, she has a passion for the communities, businesses, and people of the Central Valley. She served on the Modesto City Council from 2005 to 2009, where she stood up for fiscal responsibility, public safety and economic development. After graduating from Westmont, Kristin participated in the prestigious Senate Fellowship Program, where she developed a passion for public service. She has spent her career in marketing in communications roles, serving as assistant vice president for communications and public affairs at CSU Stanislaus, where she directed the university’s marketing and communications programs. Westmont, where she met and married her first husband, Robert Flynn. Her ties to Westmont and a special group of friends remained important to her. She was a talented teacher and taught English and social studies at Oak Grove, Hillview and Encinal schools. She spent 15 years hiring and training groups for transportation surveys and conducting focus groups at Crain & Associates. She then taught ESL at Palo Alto Adult School until she retired. A dedicated and loving mother, she raised two children after her marriage ended in divorce. She enjoyed deep and lasting friendships and threw parties easily and often. In 1978 she met Sam Halsted, and they married in 1993. She attended First Presbyterian Church of Palo Alto. She was politically outspoken and participated in protests, including a march against the Iraq War. She returned to Borneo in 1991,

2004 and 2006, relying on her distant memory of t he Malay and Dyack tongues. She published a book, “Up the Notched Log Ladder,” about her parents’ work in Borneo. She is survived by her husband, Sam, her two children, three grandchildren, her husband’s children, and her first husband, Robert Flynn.