Westmont’s fall and winter athletic seasons have seen limited action, but several sports have offered inspirational moments. Prioritizing the health and safety of its student-athletes, Westmont decided to play contact sports only against opponents who test for COVID-19 before all athletic contests. Men’s and women’s cross country were the only fall teams to compete, as men’s and women’s soccer and volleyball pushed their seasons to the spring. The men’s and women’s basketball seasons began about four weeks later than usual and in front of empty bleachers. Illustrating the tenuousness of the season, the Nov. 14 men’s hoops opener was scrapped the day before after an opposing player tested positive for the coronavirus. 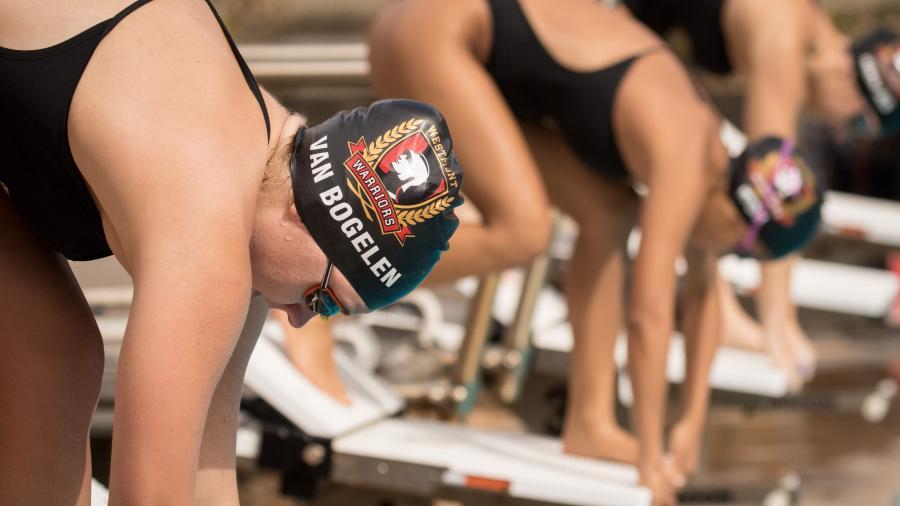 Westmont women’s swimming, seeking a way to compete in the midst of a pandemic, held a virtual meet against four schools on Nov. 7, finishing second. The event involved College of Idaho, Loyola (La.), Midland (Neb.) and Westmont, each competing in its own pool. All four venues started the meet at the same time and followed the same order of events, providing officials and an automated timing system to record results. Sophomore Morgan Bienias won the 500-yard freestyle with a time of 5:43.11, while freshman Cayla Won placed second in the field of nine competitors. Freshman Bridget Hoth won the women’s 50-yard freestyle race, completing the two-lap race in a time of 25.61. “We are trying to get together a meet in the next few months where we can qualify for nationals,” says Jill Jones Lin, swimming head coach. “Right now, we’re trying to get as many races together as we can.” 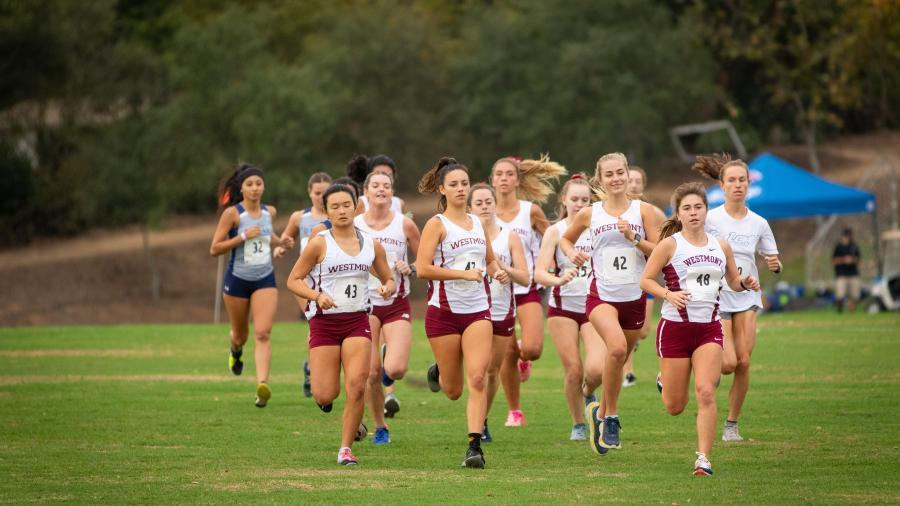 In cross country, the No. 23 men and the No. 24 women both claimed second place at the Golden State Athletic Conference Championship in Rocklin on Nov. 7. Seven runners earned All-GSAC honors for placing in the top-14. Fresh- man Anneline Breytenbach, competing in in her first collegiate race, finished first at the William Jessup University Warrior Invitational on Oct. 24. Both Westmont teams took top honors at a tri-meet on the Warriors home course on Oct. 9. Freshman Kacie Kwan finished first in the women’s 4K, winning her second-straight race to begin her collegiate career, while sophomore Adam King won the men’s 6K. Six Westmont cross country runners, possessing a cumulative GPA of 3.5 or higher, were named GSAC Scholar-Athletes, including Danny Rubin, John Baker, Chris Hanessian and Jason Peterson, Abigail Stadtlander and Alexa Gatiss. 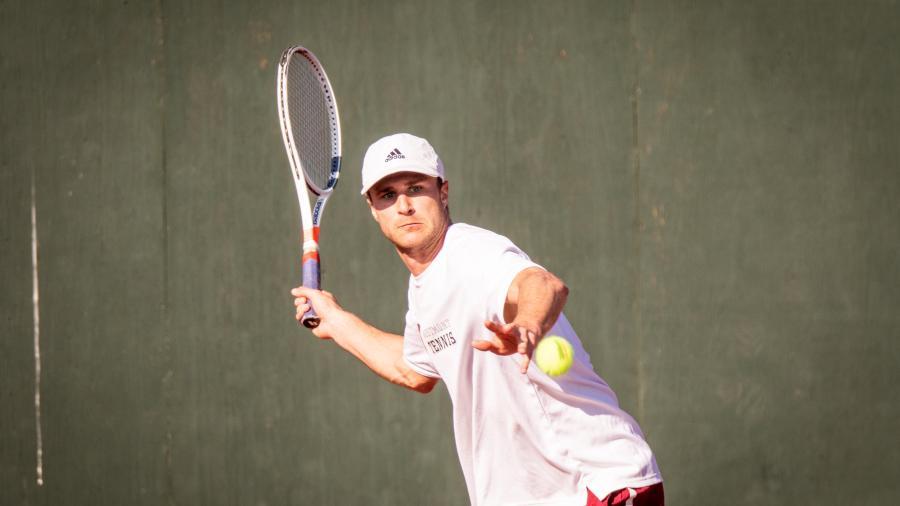 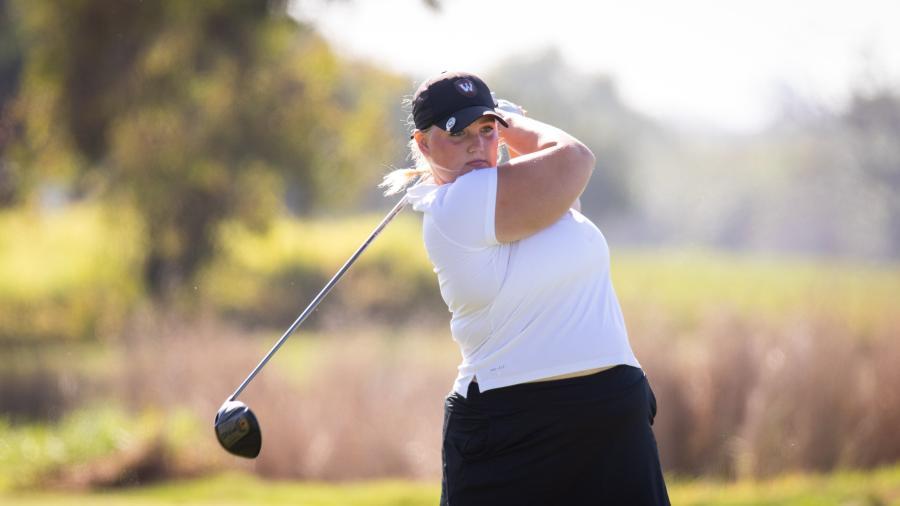 The men’s and women’s golf teams were the first to launch the 2020-21 Westmont athletics season, teeing off in the Vanguard Invitational at the Bella Collina Golf Course. The men finished fourth in the seven-team tourney with Mason Mancasola claiming the eighth best individual score. Kat Bevill finished with the fifth best individual score for the women. 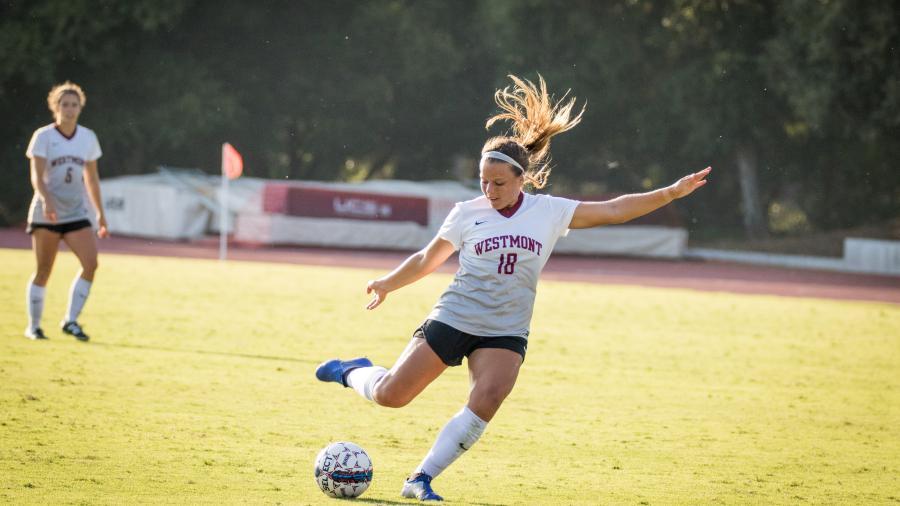 Women’s soccer was named to College Athletic Advisor’s inaugural list of “Programs That Inspire,” drawn from all schools outside of NCAA Division I. Westmont finished eighth among the 20 programs selected, and was the highest-ranked of all NAIA and California schools. The rankings, designed to honor colleges committed to the holistic development of student-athletes, used criteria such as academic achievement, overall college experience for participants, student satisfaction, affordability and graduation rates.

The top-ranked Westmont women’s basketball team returns a familiar squad, having only lost graduate Maud Ranger. Coincidentally, Ranger, who is pursuing a master’s degree in management at the University of Edinburgh, is playing professionally with the Caledonia Pride in the Women’s British Basketball League (WBBL), the top professional women’s basketball league in Great Britain. The Warriors finished last season 27-3 overall (15-1 GSAC), earning the number one overall seed in the NAIA National Tournament for the first time in program history, but just a day after this historic announcement, the NAIA canceled the national championships due to the outbreak of COVID-19. Kirsten Moore, entering her 16th year as head coach of the Warriors, has won five Golden State Athletic Conference regular season championships and six GSAC Tournament titles. 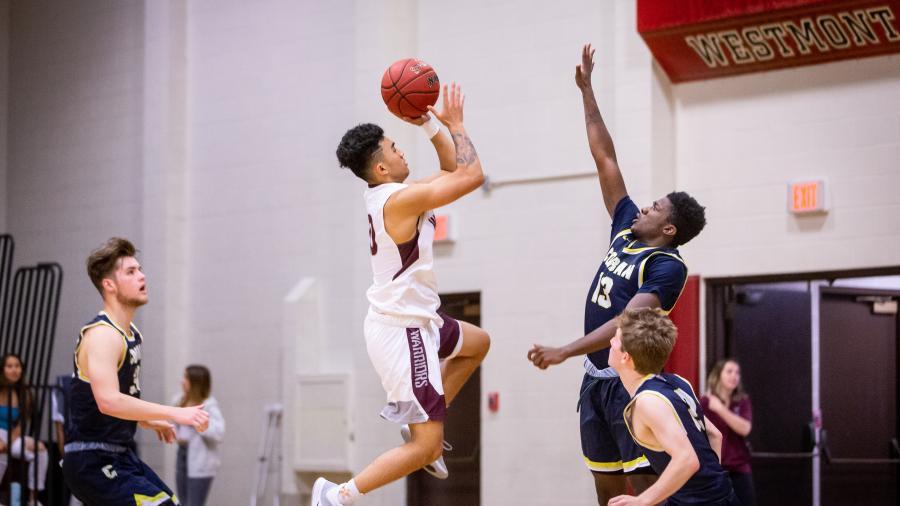 The men’s basketball team tipped off its 2020-21 season in an exhibition against NCAA Division I CSU Northridge on Nov. 25. Though the Warriors fell to the Matadors, 79-97, new head coach Landon Boucher said it was an accomplishment just getting back on the court. The Warriors return 10 of their 11 top players from a 26-5 team that won last year’s Golden State Athletic Conference regular-season championship. The Warriors received the No. 2 seed in the Liston Bracket of the NAIA National Tournament, which was canceled because of the coronavirus. The NAIA preseason poll has Westmont two spots outside the top 25. 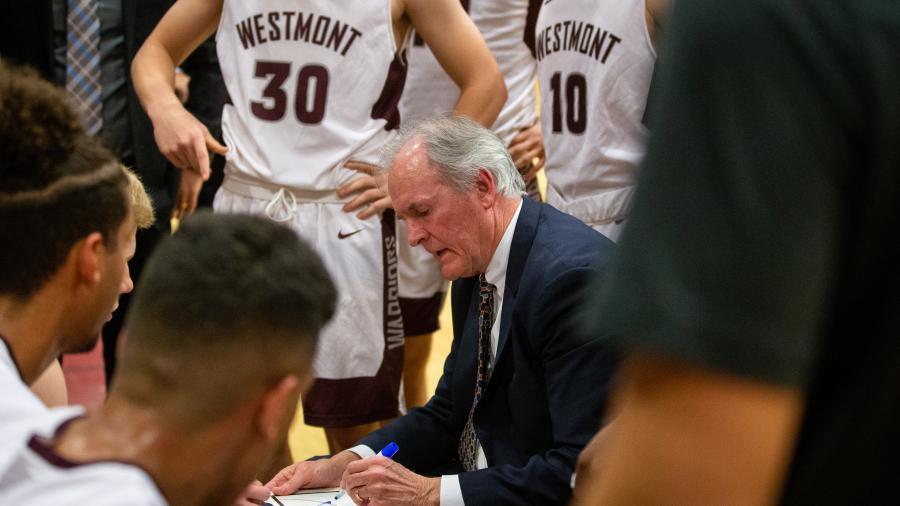 The Santa Barbara Athletic Round Table (SBART) named its annual College Coach of the Year Award after former Westmont men’s basketball head coach John Moore, who ended his coaching career after 27 years at the helm of the Warriors’ program. “To have this award named after me is an honor,” Moore said. “I was shocked. What the Santa Barbara Athletic Round Table does is so different than in any other city. To be a part of it in this way is stunning, and it is a great privilege.” 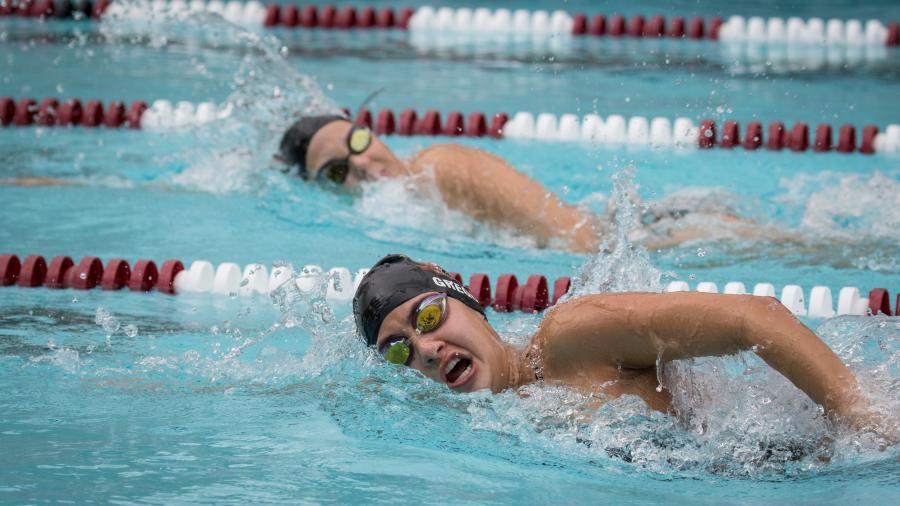 Westmont student-athletes flexed their academic strength and their athletic performance last season with 52 Warriors earning NAIA Scholar Athlete status and a dozen athletic programs named NAIA Scholar Teams. The annual NAIA Scholar Athlete Awards, which were announced in mid-September, honor juniors and seniors who maintain a cumulative GPA of 3.5, and Scholar Teams that maintain at least a 3.0 GPA average. Also, the Warriors were one of 112 NAIA schools to earn the top Gold Level of the 2019-20 Champions of Character Five-Star Award. Westmont earned 97 out of 100 points for character training and exceptional student-athlete grade point averages.