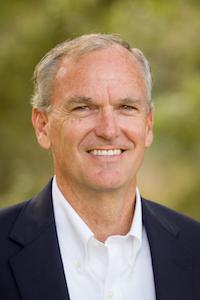 Westmont continues to search for a new provost, the second-highest-ranking administrative officer at the college. Rick Ifland ’83, director of the Eaton Program for Entrepreneurship and Innovation at Westmont, associate professor of economics and business and chair of the department, has served as the college’s interim provost and dean of the faculty since January 2021.

“My passion lies at the intersection of an evangelical, Christ-centered faith, an academically robust education and innovative business ventures that help marginalized populations around the world,” Ifland says. “I’m particularly honored to step into this role to work with our outstanding faculty, who collectively feel God’s call on their lives to be in this place at this time to invest in these students as teachers and scholars engaged in groundbreaking work.”

In the meantime, Ifland continues to supervise the college’s academic program, including the curriculum, faculty development and the budget, and serves on the executive team. In particular, he oversees the implementation of new nursing and engineering programs as well as the search for six tenure-track professors, a new nursing director and a provost.

President Gayle D. Beebe and Ifland have co-taught a class in executive leadership for the past eight years. “I’m thrilled that Rick has agreed to take on this responsibility,” Beebe says. “He has already done an outstanding job using his experience to represent the faculty and work with the executive team. He has a great love for Westmont, has benefitted immensely from its distinctive approach to education that blends rigorous academics and deep love for God, and serves with an eye on the greater purposes of God at work through our college.”

Ifland, who graduated from Westmont in 1983, served on Westmont’s Board of Trustees and Board of Advisors and chaired the Development Committee of the Board of Trustees during the Bright Hope for Tomorrow capital campaign.

He earned an MBA at the University of Kentucky and completed a Master of Studies in international law at Oxford University. He owns and operates several of his own companies and serves as CEO or chairs various non-profit boards. He helped establish hundreds of private small businesses for women and the rural poor throughout Western China, Indonesia, the African continent and, more recently, in Haiti. Through his various ventures he has also obtained or developed more than 45 domestic patents with more than 50 patents currently pending.