Westmont Magazine It's My Westmont Now

Meet the newest member of a four-generation Westmont family.

Silas Ten Elshof ’24 comes from a family that’s been involved with Westmont since its earliest years. His great-great uncle Wesley Christenson ’39, his grandmother Betty Arnold Creasey ’60, and his parents, Gregg Ten Elshof ’92 and Laurel Creasey Ten Elshof ’92, all graduated from the college.

“I grew up hearing lots of good things about Westmont,” Silas says. “I toured a bunch of schools and was looking for community. When I visited Westmont, I got a good feeling that it was really valued here.” He also wanted a college with a stellar academic reputation and a favorable faculty-to-student ratio. “Developing personal relationships with my professors is important to me,” he says. “And the location is beautiful and close to the beach.” 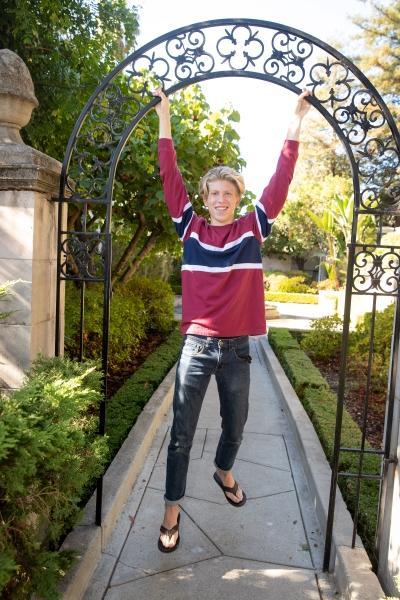 An Augustinian Scholar, Silas says the program has challenged him and made him think through a lot of difficult concepts and questions. “It’s definitely had an impact on me,” he says. “Getting to know some of the other scholars has been fulfilling.”

Unsure about a major, Silas appreciates that a liberal arts curriculum enables him to take a variety of classes before making a decision. He’s thinking about data analytics and psychology as potential majors.

He leaves his door open in Page Hall to meet a variety of people and enjoys surfing and playing volleyball at the beach. His father has asked if he’s discovered the Frisbee golf course on campus yet. “I look forward to trying that,” Silas says. 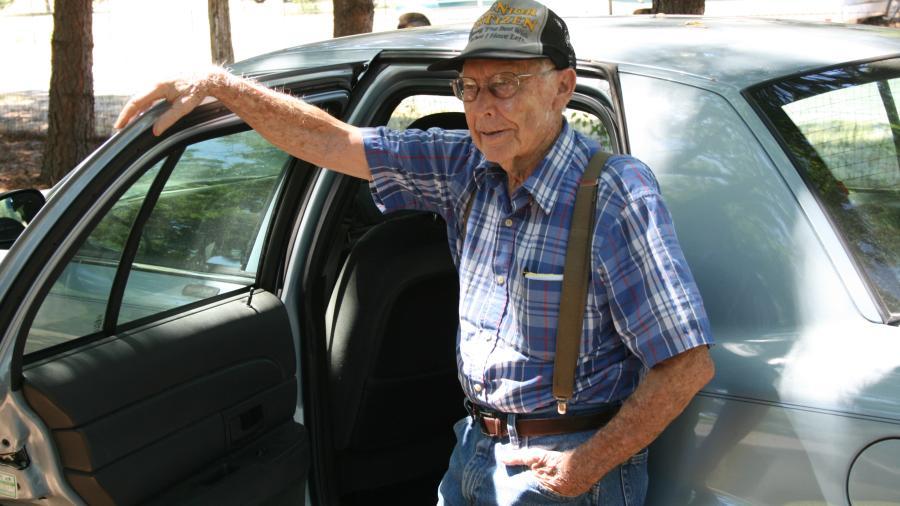 Wesley Christenson ’39, the first member of the family to attend Westmont, majored in Christian education and attended the college in Los Angeles. He served as a medic in the military during World War II and rejoined the family farming business in northern California when the war ended. Now 102, Wesley and his wife, Harriet—also 102—live in Red Bluff, California. “We loved visiting him, his brilliant wife, Harriet, and their six children on their farm,” Laurel says. “He has emulated the peace of Christ to me—he is all authenticity and warmth, humble in speech and yet deep in insight. He visited me when my daughter was born, and it was one of the most delightful, edifying and holy conversations I’ve ever experienced. He told me how grateful he’d been to go to Westmont. He fondly remembers his teachers and friends and recalls Mrs. Ruth Kerr (Westmont’s founder) helping with the new location in Santa Barbara.” 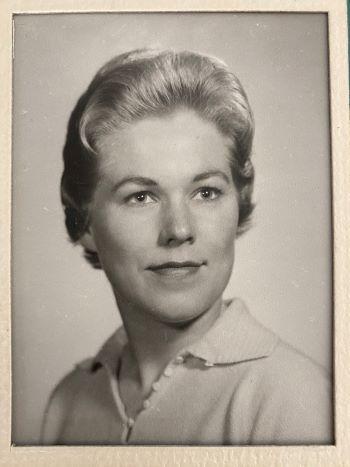 Betty Arnold Creasey ’60 first learned her Uncle Wesley had gone to Westmont when she saw his photo and name on campus. She heard about the college through the Westmont Quartet, which traveled extensively and performed at churches. Betty began the family tradition of living in Page—she was one of the first students to move in when the residence hall opened. Gregg and Laurel met in Page when they both lived there.

“I entered Westmont with a narrow view of Christianity,” Betty says. “The professors helped me to develop a workable, Christian philosophy that has stood the test of time and still works for me today, 60 years later!”

She learned to harmonize while singing hymns in chapel under the direction of Professor John Hubbard. “It’s one of the most beautiful experiences of hymns I’ve ever had,” she says. On Sundays, Betty and another student drove to Betteravia to offer a church service to sugar beet farmworkers there. She smiles when she remembers Mrs. Kerr’s many hats.

An education major, Betty taught at an inner-city elementary school in Long Beach for 40 years. She married Larry Creasey, an optometrist, and they’ve celebrated 52 years together. “My parents have spent their lives serving their church communities as teachers and leaders,” Laurel says. She and her sister, Elisa, have given them five grandchildren.

“My mom has talked about Westmont my entire life,” Laurel says. She resisted the idea of attending until she visited and realized she fit there. Her learning experience began at Orientation when former Professor Shirley Mullen led her small group. “Every conversation with her was an education,” Laurel says. “I got to take a history class from her, and she inspired the way I approach academics.”

Laurel majored in English with a minor in Spanish, and she taught high school English, Spanish and ESL. She then took time off to raise her three children. When they got older, she began to volunteer at an elementary school as a writing mentor. Now she tutors children with dyslexia.

Gregg followed his sister, Tami Jervis ’90, to Westmont. He liked the idea of studying in Santa Barbara and planned to attend. He roomed with Noah Munnerlyn ’92, a fellow player on his high school tennis team he didn’t know well, and the two have become lifelong friends.

“I wasn’t a very good student at Westmont,” Gregg says. “I barely maintained a B average to keep my scholarship.” He majored in both political science and economics and business. Then he took a philosophy class his senior year with Professor Bob Wennberg. “Fortunately for me, Shirley Mullen sat in on that class,” Gregg says. “I watched the two professors go back and forth; they had great respect and admiration for each other, but they also disagreed. I left thinking I should have been a philosophy major.”

Instead of going to law school as he’d planned, Gregg sat in on a philosophy class at Biola, where his mother taught. He decided to change direction and earned a master’s degree in philosophy of religion and ethics at Talbot Seminary be- fore studying with the late Dallas Willard at USC, where he completed a doctorate in philosophy. He joined the philosophy faculty at Biola in 1999 and specializes in metaphysics, epistemology, modern philosophy and Confucianism. He has written numerous articles and published two books: “I Told Me So: Self-Deception and the Christian Life” (Eerdmans, 2009), which won Christianity Today’s 2009 Book Award for Christian Living; and “Confucius for Christians” (Eerdmans, 2015).

Willard inspired Gregg’s interest in spiritual formation, an interest he shares with his mother. Judy Ten Elshof, professor of spirituality and marriage and family, directs the Institute for Spiritual Formation at Biola’s Talbot Seminary. In 2009, Gregg traveled to China to give lectures as a Christian scholar. He fell in love with the people he met and realized they needed to hear the gospel in a tradition they understood. “As a hobby, I took up the study of Confucianism to articulate the gospel to people who follow Confucius,” Gregg says. “The actual texts read like philosophical texts, not religious ones. Over the years, Confucianism morphed from a philosophy as religious practices developed around it.” 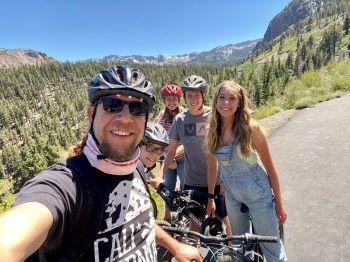 Gregg and Laurel have three children, including Larkin, a junior in high school, and Gideon, who is in seventh grade. “Early on, we both loved the idea of Silas going to Westmont,” Laurel says. “But we had different strategies about making that happen. Community was the key piece for him. He’s seen the strong friendships we built at Westmont, and I think that played a role in his decision.”

“My Westmont friends represent a wide political and denominational spectrum,” Laurel says. “But we communicate in a way that’s wanting in our culture. We honor each other even when we disagree, and I never feel disliked or disrespected. I learn a ton as a result.”

Gregg and Laurel see many changes at Westmont, including all the new buildings. They appreciate the Martin Institute and its focus on spiritual formation, something they consider valuable and important. The college also puts much greater emphasis on overseas programs now and has created a range of new ones. “The generous Augustinian Scholarship draws in a different caliber of student,” Gregg says. “But in fundamental respects, the college feels much the same.”