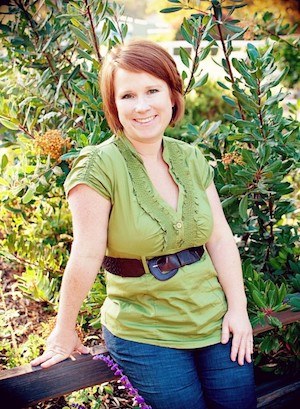 Summer Loughman San Lucas ’01 cried as she watched the young man limp across the room in a leg brace and walker. Since suffering a spinal cord injury months earlier, he hadn’t left his wheelchair. With physical therapy, Summer helped him strengthen his muscles so he could return to school and activities like hiking. She witnesses small miracles like this daily as she works with patients recovering from strokes or traumatic brain injuries or learning to live with Parkinson’s disease or multiple sclerosis.

Although she played soccer and volleyball in high school, Summer didn’t make the soccer team at Westmont. “I’d found my identity growing up in athletics and sports, and I struggled at first,” she says. “I had to learn to find my identity in Christ instead.”

She kept busy during college with a variety of physical therapy internships, working with California Children’s Services and the Rehabilitation Institute, serving as a resident assistant her senior year and coaching basketball for the Special Olympics as well as club and high school volleyball.

Before she enrolled in graduate school, Summer spent a year as a physical therapy aide at Mission Hospital in San Juan Capistrano, Calif., her hometown. In 2005, she earned a Doctor of Physical Therapy, a clinical degree, at Loma Linda University. Seven years later, she completed an academic degree there as well, a Doctor of Science in physical therapy. She works in Loma Linda’s outpatient neurologic rehabilitation department, treating mostly adults, and she’s been teaching as an adjunct professor in the university’s various physical therapy programs for eight years. She also conducts research and has published her findings in an academic journal.

“All the work I put into my classes at Westmont made graduate school that much easier,” she says. “I learned how to learn at Westmont. My professors always supported me and gave me good feedback.” She enjoys returning to campus each year to discuss her career with students in the senior seminar. “The kinesiology professors taught us how to speak before people.”

Summer spends two to three hours a week with patients for up to six months. “Patients and their families become good friends and part of our community,” she says. “A lot depends on my ability to educate them, especially about the importance of taking care of themselves and becoming independent. It’s exciting to earn their trust and see their progress. I grow every day I work with patients—I’m always taking classes so I can do more to help them.”

Loma Linda has recognized her achievements as a physical therapist by honoring her with the Rising Star Alumni 2013 award.

Summer and her husband, Tony, have two children under the age of 3. A former Navy corpsman, he works for a biomedical engineering firm, selling and repairing high-fidelity mannequins used to train medical students.

Summer continually celebrates the achievements of her patients, such as the man in his 60s who suffered a stroke and not only learned to walk again with a cane, but has resumed traveling. “I love my job,” Summer says. “It’s exciting to see people get up and move again.”