Leadership and the Liberal Arts

An Education to Last a Lifetime

What does it mean to be educated? At Westmont, we not only embrace a liberal arts curriculum, but we define an educated person as someone who has encountered the reality of God. As higher education developed throughout the centuries, institutions typically incorporated a recognition of God and religious faith. But that approach has collapsed. Today, many colleges and universities simply offer an array of options that lacks unifying ideals and a philosophy of education. The focus has shifted from producing great and educated citizens to mastering techniques for successful careers with little or no concern for the moral, religious and emotional development necessary for developing free and responsible citizens.

Westmont has held fast to our mission and tradition, and we’ve created a curriculum that cultivates a knowledge of the liberal arts, prepares students for professional service in the world, lays a strong moral foundation, and deepens our love and knowledge of God. These essential building blocks establish a Christian outlook on education and a Christian understanding of life.

The ancient world believed the liberal arts provided a graduated curriculum that mirrored human development. It began with mastering the verbal arts, moving next to the mathematical arts and then considering the right nature of ethics, the proper role of politics, and the subjugation of our unruly passions. According to Plato, the final step involved pursuing the highest good, which early Christians transformed into the proper study of God.

Aristotle made a compelling contribu­tion by recognizing the varying levels of precision in fields of study. The liberal arts illustrate how we learn the mea­sure of truth appropriate to each area of knowledge. Aristotle also placed a high value on the physical realm, where our learning begins with observations of nature. He regarded lower levels of learning as building blocks for higher study and ably articulated the distinction between philosophical knowledge (studied for its own sake) and practical knowledge (pursued for the sake of action).

Cicero and the Roman Stoics described three key elements and successive stages of human learning: logic, physics and ethics. Then Christian thinkers, especially Clement of Alexandria and Augustine of Hippo, identified the role and value of the liberal arts in cultivating an understanding of God and a relationship with him. The Early Church saw the liberal arts as a means to something else: addressing the great questions of life. How do we learn to love God? Does education make us wise and lead to our salvation? Can the liberal arts help us discover who we are, why we’re here, and to what extent we’re responsible to God, to others, and to our communities? Augustine and Clement both concluded that Christians need to go beyond exploring every area of human knowledge to learn how to think properly about God and comprehend and communicate the wisdom and knowledge of God as revealed in Holy Scripture.

Today we recognize the challenge of identifying an educated person as someone who has encountered God. In his work, “Interpretation and Belief,” Austin Farrer identifies four essential categories of life and thought we must integrate when pursuing ultimate truth and knowledge.

The study of HUMAN NATURE that quantifies, objectifies or explores human nature and human response without reference to ethical or religious values.

ETHICAL QUESTIONS about the knowledge gained in the first two categories and making judgments on life as we encounter and live it.

The unique category of RELIGIOUS TRUTH that deals specifically with humans before God.

A trend began in the mid-1990s that elevates values over virtues as the guiding ideals of our society, contributing to a strong erosion of the capacity to make moral judgments. Values can be beliefs, opinions, attitudes, feelings or even preferences, becoming morally equal and morally neutral. Virtues become fixed and enduring, not governing actual behavior of all people for all time but setting standards for judging behavior. Conduct that falls short of these standards becomes wrong or immoral — not merely misguided, undesirable or inappropriate.

But Christians understand virtue as cultivating a disposition to life that expresses wisdom and common sense. Virtue helps us know what is right and do what is right. We believe we exist in part to embody noble ideals that fulfill our destiny as individuals and our responsibility before God.

From its earliest days, the Christian intellectual tradition anchored itself to the rich fabric of the liberal arts tradition that arose with the Greeks and developed over time to elevate the unique ideal that educated people have gained mastery both of human learning and knowledge of God.

In the 21st century, we face the challenge of integrating our Christian intellectual tradition with modern social and natural science. Since the 17th century and the advent of a modern worldview, a conviction has grown about the incompatibility of Christian belief and scientific progress. The chasm between faith and reason deepened further with the belief that only “fact-based” science can contribute to social policy, while “value-based” religion must remain sequestered in the private domain, propping up individual life but not intruding on the public square.

We aspire to bridge this problematic and disruptive gap by demonstrating the compatibility of Christian belief and natural science and recounting the major role core Christian beliefs played in the birth of science. In fact, Christian concepts have significantly shaped science and remain in deep harmony with genuine scientific thought and methodology.

In his work, “Christian Belief in a Postmodern World,” Diogenes Allen identifies six key attitudes that gave rise to modern science. He points out that the classical scientific method emerged in the late 16th century in the heart of a Christian civilization. He cites Christian beliefs in a creator God who made people in his image and the goodness of creation for the conviction that humans can analyze and reason their way to understanding God’s purposes.

AWE. By identifying and understanding the limits of human research, Christian scholars appreciate the universe’s infinite and divine nature.

INTEREST. Christians believe the entire universe depends on the existence of a perfect being and that nature and matter are good, a concept noticeably absent from most cultures.

ORDERLY NATURE. Christians think that nature, created by a good and rational being, behaves in a consistent and rational way. Understanding God as a personal creator with a divine intelligence encourages a search for order in a rational and discernible nature.

KNOWABLE NATURE. Seeing nature as ordered leads naturally to the conviction that we can observe, study and comprehend it — and discover more about its creator.

MANIFESTING DESIGN. We possess motivations, plans and designs and reasonably infer that these characteristics resemble the nature and actions of the creator.

SHARING SCIENCE. The scientific method represents a community undertaking similar to the communal nature of Christian faith. As Christians studied nature to improve life on earth, they also explored human societies and spawned the social sciences.

However, applying the scientific method to human behavior led to the massive exodus of intellectuals from the church at the end of the 19th century and the first half of the 20th century because they perceived Christianity as incompatible with science. But Christian thinkers such as Michael Polanyi (“Personal Knowl­edge”), C. C. Gillispie (“The Edge of Objectivity”), Austin Farrer (“Interpretation and Belief”), E. E. Evans-Pritchard (“Theories of Primitive Religion”) and others began to make room for Christian belief by demonstrating the impossibility of pursuing scientific truth without regard for the reality of God.

These core beliefs animate our mission at Westmont. We strive to offer an educational program that provides the best training for the mind while helping our students gain the capacities to answer the great questions of life and make a meaningful contribution to the world. We offer a unique perspective of an educated person for whom a balance of rigorous academics and deep love for God yields deeper awareness and wider impact.

Our history overflows with people animated by their faith, motivated by their intellect and willing to embrace deeply held commitments that inspire a lifetime of learning, leadership and service. A liberal arts education embedded in the Christian intellectual tradition invites us to see the interrelationship of all knowledge and to learn how to reach into every area of human learning to find new solutions to vexing problems. 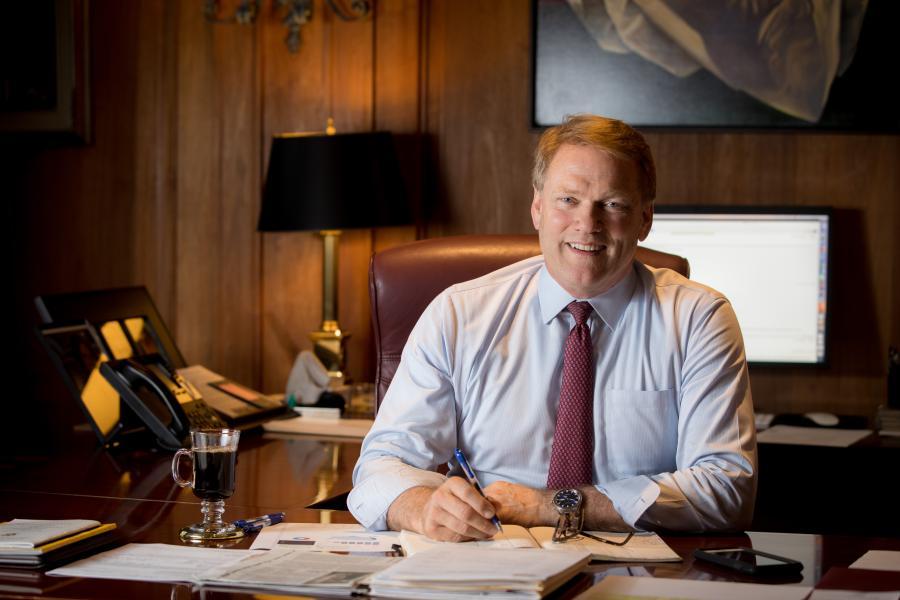