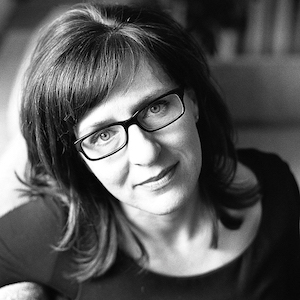 A native of one country and a citizen of another, Allison White Zurfluh ’93 long felt she didn’t belong to either. “But then I learned I belong everywhere,” she says. After growing up in California, she has lived in Switzerland for 20 years and speaks four languages. “I feel embraced wherever I go in Europe,” she says.

Allison inherited her Swiss citizenship from her grandfather. After graduating from Westmont with a major in English and a minor in Spanish, she planned to pursue a doctorate in English but needed three languages for graduate school. So she moved to Switzerland to acquire French. While working in public relations at Omega Watch Company, she met her husband, Kurt, a precision watch mechanic. “I won the lottery with my husband,” she says. “He is as Swiss as it gets. But I gave up on graduate school too quickly.” The couple lives with their four children (ages 19 to 10) in a rural area known as Watch Valley.

Allison turned to French-English translation and editing the magazine of an international gymnastics federation, work easy to accomplish at home. When she looked for a bigger challenge, she began writing for Swiss Style, a magazine published in English for an affluent European audience. After a year, she became editor-in-chief. “I set the content trajectory, recruit specialized journalists and write articles,” she says. “I like getting to know the people I write about, discovering their world and conveying that to our readers.” Lindsay Michiels ’10 (see page 27) is one of the writers Allison has hired for the magazine.

Allison appreciates the Swiss. “You step off the plane and know everyone here has a great grip on common sense,” she says. “People are more grounded.” She values her evangelical church, where services last precisely one hour. Then she travels in Italy, and the art and music of the churches there overwhelm her. “I come from a serious, ordered, Christian background, and the arts enrich my life in such an important way,” she says. She finds an outlet by managing two artists, concert pianist Olivier Cavé and Odehacton, Italian singers who perform early music. “Odehacton speaks to me like nothing else—they sing a few rediscovered works that haven’t been heard for centuries,” she says. The first time she met them, they stood around her and sang. “It was so beautiful that I became their manager that night.” The male group plans a U.S. tour in 2015.

“I loved the way my professors talked to me,” she says. “When I was lost and wandered by his office, Dr. Gundry called out and asked if he could help. He was genuinely interested in me and treated me as if I belonged. So did Dr. VanderMey and Dr. Delaney in the English department. These outstanding men encouraged me and told me I could do better. When I wrote to Dr. VanderMey a few years ago, he recalled some obscure thing I wrote in his class. This is life-changing. Westmont professors give their students something special. Life is hard, and you have to know how to deal with that. Westmont teaches you to remain who you are and still open yourself to people. It’s a Christian education but not a limiting one.”