Tori Davis ’21 and Kyle Mayl ’21 received the 2020 David K. Winter Servant Leadership Award last spring for their integrity, collaboration skills, passion for service, and empathy. Honorees are trusted and respected by their peers, reveal a servant’s heart in their roles on and off campus, and make a significant impact as leaders.

The award recognizes the late David K. Winter, who served as Westmont’s president from 1976-2001. He maintained an open-door policy with students and left a legacy of quiet wisdom, ready wit, deeply held faith, and humble servant-leadership. 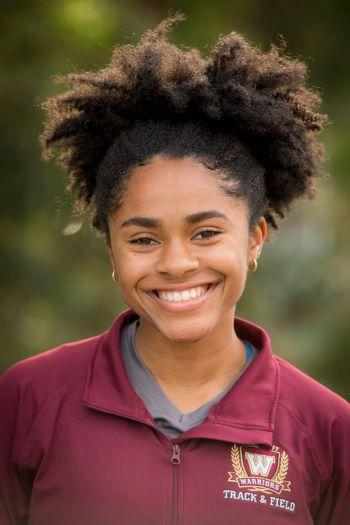 Tori, a cellular and molecular biology major, co-leads Westmont’s Black Student Union (BSU). She has grappled with the challenges of maintaining both clear- eyed leadership and close friendships within the group. Because about half of the people in BSU were already friends of hers, she said that she and the leadership team sometimes struggled to avoid decisions based on personal agendas. The leadership team asked themselves, “How can we make it not ‘cliquey’ but inviting and accepting for people who aren’t as involved but want to be? We just started asking random people, ’Hey, do you want to come,’ and people who had never come to a meeting before showed up and had a really good time.”

Tori shares the story of BSU’s fashion show last year as an example of inclusive and inviting leadership. “It was probably the best day of 2020 overall because a lot of different people came together,” she says. “Everyone was nervous, but when the time hit, they showed up and showed out!” Tori remembers how the activity drew people who had never attended a BSU event before—and how much it showed “pride and appreciation” for Black culture. “It was not often that Black culture showed up at Westmont and was received well, but people were invested and excited about it and proud to show their different cultures, whether from the United States or Rwanda or South Africa,” Tori says. “I heard numerous people say, ‘Wow, I’m so proud to be Black right now,’ and you don’t hear that often.”

Tori continues to learn about leadership in her role with BSU. “Growing up, I thought of a leader as someone who talks the most,” she says. “But I think a good leader is someone who can connect to the people they’re leading.” 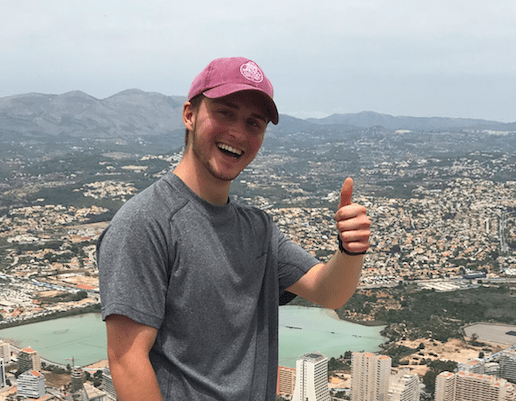 Kyle, a double major in communication studies and Spanish language and literature, served with Potter’s Clay as the cultural immersion coordinator last year. “Potter’s Clay had an identity crisis,” he says. Kyle and the mostly white leadership team struggled with “sorting through whiteness, trying to decenter and reckon with it, and reckoning with a model that focuses on helping people who may be seen as inferior. I helped start some really difficult conversations with students about paternalism and white saviors.”

The cultural immersion team pairs students with families who host them in their homes for the week. “We had a lot of fun time with our families and saw a lot of beautiful friendships bloom,” Kyle says. “Forming those relationships and meeting everyone was a highlight for me.”

On a personal level, Kyle wrestled with vulnerability and perfectionism. “I felt I had to have it all together all the time and know the correct answers—I felt pressure to be a cultural expert,” he says. But being in Ensenada during Potter’s Clay and “making mistakes over and over again” helped him realize, “Hey, I’m not perfect. Incredible things still happen, even if I mess things up. Leadership is not perfection—it’s vulnerability and really connecting with people and asking yourself what could be done better.” During his time with Potter’s Clay, despite the mistakes, he made connections and formed relationships he hopes will continue beyond Westmont.

“Growing up, I saw leaders as people who always know what they’re doing, but that’s a myth. I think of leadership as confidence—but also humility and openness and a willingness to hear different perspectives. I think there’s an element of democracy there. I think a good leader is vulnerable and human and has emotions.”