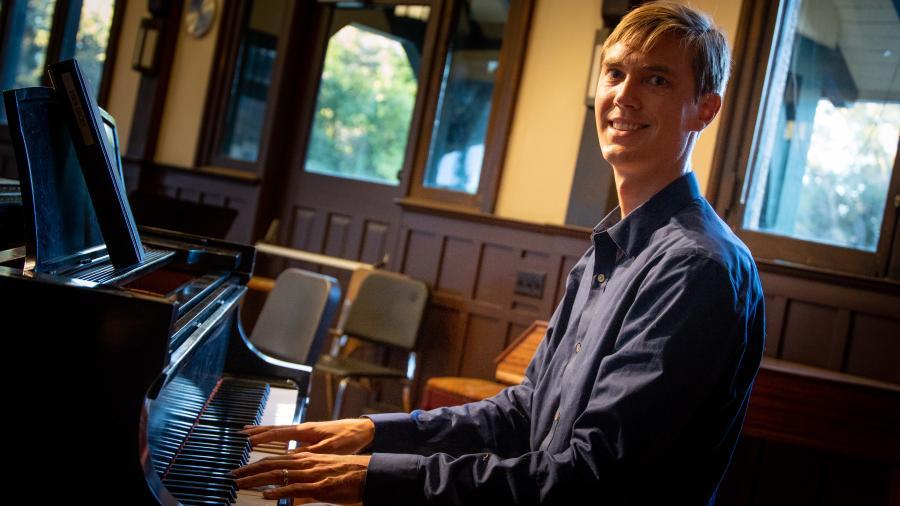 Watch chapel services at Westmont and Eben Drost ’11 will become a familiar presence. He plays the piano, leads worship, speaks the benediction and signals to students to take their seats—when chapel meets in the gym. The director of music and worship, Eben has shared his gifts with the Westmont community for the past three years.

Ophthalmologist Gains a Vision for Serving Others

Dr. Kyle Godfrey ’08, a highly trained surgeon and assistant professor of ophthalmology at Weill Cornell Medicine in New York City, set aside his specialty and volunteered to treat COVID-19 patients early in the pandemic. As a volunteer attending physician in the emergency department, he cared for acutely ill COVID-19 patients with his colleagues in emergency medicine.

When Karen Schmidt Jones ’97 and her husband first met, they searched for things in common. When she told him she loved camping outdoors, he was overjoyed. His type of camping, however, involved setting up a tent outside a parked car. Karen preferred backpacking deep in the wilderness, a skill she learned as part of Westmont’s Inoculum program. “When I took him backpacking for the first time, he had no idea what he was in for,” she says.