Bob Huff ’75 and Kristin Olsen ’96 have joined forces on a daunting task: increase Republican voters and legislators in California, one of the nation’s bluest states. The two Westmont graduates serve as minority leaders in the California legislature, Bob as leader in the State Senate and Kristin as leader-elect in the State Assembly.

First elected to the Assembly in 2004 and to the Senate in 2008, Bob represents a district that includes parts of Los Angeles, Orange and San Bernardino counties. Kristin won her Central Valley Assembly seat in 2010 and 2012 and faces reelection this fall. Both started as city council members committed to redressing local issues such as planning and public safety. 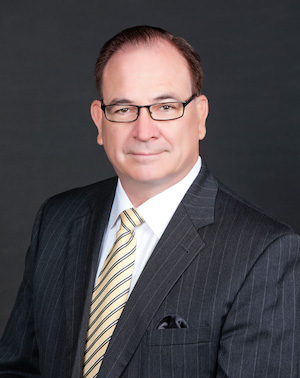 “When people from the Westmont community come to the Capitol, we tend to find each other,” Bob says. “Having a college tie helps Kristin and I work together—that and the fact that we are both pragmatic people. I’m glad she is a woman, as I feel a little apologetic being an aging white male.”

“I was instantly drawn to Bob’s leadership style,” Kristin says. “He was the one who nominated me to the State Legislative Emerging Leaders program. We approach our positions in a similar way, and I think that is partially due to our Westmont experiences.”

Bob remains on the education committee even though leaders rarely sit on committees. They confer on policy issues and travel statewide, speaking, raising money, and supporting fellow Republicans.

Education reform is a crucial issue for both. “With the Democratic super-majority, it’s been heavy lifting getting significant change,” Bob says. He seeks an easier way to remove poorly performing teachers and better evaluate teachers. “We have to improve our schools and become the premier education system we used to be,” Kristin says. “We have to make sure teachers are well equipped and that we hold them accountable so children have access to effective teachers.”

Bob believes the GOP must change and reach out to new constituents, or it will become extinct. “I want to engage people who aren’t typically Republicans,” he says. “I visit inner cities and attend Black and Latino churches. We’ll never get their support if we don’t go and see them.” 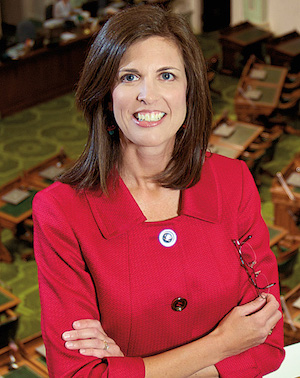 Kristin agrees. “We have to show up in Democratic strongholds, engage in dialog, listen to all people and let them know their opinions matter,” she says. “We haven’t done a great job of communicating our ideas. We want to lay out a clear vision for solution-focused policies for good jobs, great schools, and a more transparent and efficient government to return California to prosperity.” She admits to some discouragement about the GOP’s super-minority status. “My parents raised me to think that if I am willing to complain about something, I should be willing to be part of the solution,” she says. “As leader of the Assembly Republicans, I will focus on incremental steps and micro goals that will lead our caucus in the right direction so we can build morale and keep momentum moving forward. We need to work pragmatically where we can find common ground—the voters expect us to do this.”

Bob thinks California’s new open primary system may elect more moderate representatives and create a less-polarized legislature. He hopes the GOP will pick up a few seats this fall and end the Democrats’ super majority in both houses.

Bob and Kristin say their Westmont education prepared them well for their roles as leaders. “This is the type of job where a liberal arts degree is helpful,” Bob says. “The dynamics change every day, and we need to take raw data and input, make it manageable and chart a path, and those are skills I learned at Westmont.”

“My Westmont professors and classmates taught me to be thoughtful, consider all sides of an issue and respect other people’s opinions,” Kristin says. “That helped me be more solution-oriented and results-driven. Westmont prepares students for a world that isn’t black-and-white, where tough decisions have to be made. I learned how to remain true to my Christian faith and principles while respecting other people and working collaboratively with them.”