Westmont Magazine Managing Medical Services and Caring for the Caregivers 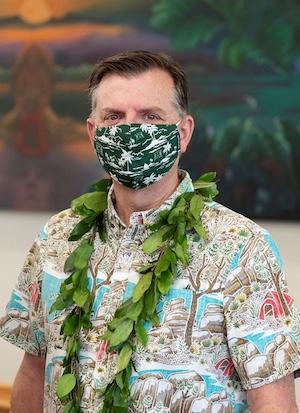 Since Greg Christian ’82 moved to Hawaii in October 2020, he’s been to the beach once. The president of Kaiser Permanente Hawaii Health Plan and Hospitals, he keeps busy overseeing operations and working closely with the medical group to help care for more than 250,000 members, 4,000 employees and nearly 600 physicians in the state. Kaiser provides services through Moanalua Medical Center in Honolulu and more than 15 medical offices and clinics on Oahu, Maui, Hawaii and Kauai.

In addition, Greg serves as senior vice president and chief operating officer for Kaiser Permanente Southern California Health Plan and Hospitals. He arrived in Hawaii to help a high-quality program be viable and more affordable, which required shifting overhead costs to Southern California. The two regions now work closely together.

He assumed the new position after 13 years as Kaiser Permanente’s senior vice president for the San Bernardino County Market Area. “In the early weeks of COVID-19, we worked with our physician and hospital teams to plan for the worst,” Greg says. “At first we worried about having enough ICU beds and ventilators. As treatment and process improved, physician and staff burnout became a concern.” Greg arrived in Hawaii eight months into the pandemic and found his new team on top of things and working proactively.

“COVID-19 has devastated tourism in Hawaii, causing brutal unemployment,” Greg says. “However, shutting down much of the travel to the state has resulted in fewer cases and deaths here.”

His career in hospital management began through a connection he made at Westmont. He earned a degree in economics and business and joined ServiceMaster Management Systems after Ken Hansen, one of the founders, spent a week speaking in class. “He had solid Christian principles and became a mentor,” Greg says. He worked on the healthcare side of the business, beginning as a housekeeping supervisor at Samarkand, a retirement home in Santa Barbara.

Greg met his wife, Sylvia, a pathologist’s assistant, when ServiceMaster sent him to Kaiser Anaheim. He received promotions and new assignments at hospitals such as Hoag Memorial in Newport Beach and Cedar Sinai, eventually becoming a vice president for operations, client development and retention in 13 western states. 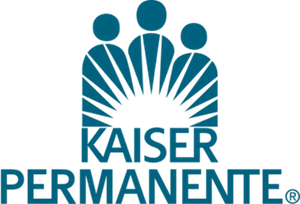 After a five-year contract with Kaiser Permanente expired in 2001, Greg left ServiceMaster. He joined the leadership team at Kaiser as the assistant administratorand leader for operations support for the Tri-Central Service Area. “I loved the people at Kaiser Permanente, especially the mission and commitment,” he says. “The day I started, ServiceMaster sold its hospital division.”

“ServiceMaster gave me operational understanding and a grasp of the fundamentals,” he says. “I knew what questions to ask about service, quality and cost. They gave me leadership training and a servant leadership philosophy. It’s been wonderful to take a deep interest in and care for people. We’re in the culture-building business so we can achieve our goals and develop the potential of our people.”

In 2005, Greg became director of hospital operations and chief operating officer for the Fontana Medical Center, advancing two years later to senior vice president and area manager for the San Bernardino region. During his work there, Greg led the opening of two new state-of-the-art hospitals: Kaiser Permanente Ontario (2011) and Fontana medical centers (2013). “That was a great experience,” he says. “It’s a big area for Kaiser, and I love the people there.” Under his leadership, Kaiser won several quality and service awards, including a top ranking in third-party ratings for the Inland Empire metro area.

Kaiser started in Fontana by creating a health care program for shipyard and steel mill workers. Well before HMOs, Kaiser charged a monthly fee for medical care and focused on preventive medicine. Kaiser runs non-profit hospitals and clinics staffed by a separate medical group with exclusive contracts and offers a managed care health plan. “We seek to improve quality while driving down cost,” Greg says. “We want our product to be affordable.”

Greg’s leadership has extended beyond his work, serving on the San Bernardino Medical Care Committee, chairing the Hospital Association of Southern California and being an elder at his church.

Greg returns regularly to Mission Viejo, his long-term home, where his wife, their two children and their new granddaughter live. Their daughter, the new parent, runs children’s programs at Grace Point Church in San Diego, and their son works for Tesla. Greg’s sister, Lynda Christian Meyers ’77, has retired from doing mortgage banking for Capital One and lives in Sedona, Arizona.

Some of Greg’s best memories of Westmont center on his years playing Warrior baseball. “The camaraderie of team sports transfers to the business world,” he says. He gathers periodically for golf trips with some of his closest college friends.

“Westmont has had so much meaning in my life to this day,” Greg says. “My kids grew up with the kids of my Westmont friends, who are really more like brothers.”