Westmont Magazine Meet the Class of 2025

Two students share their passion for faith, learning and community 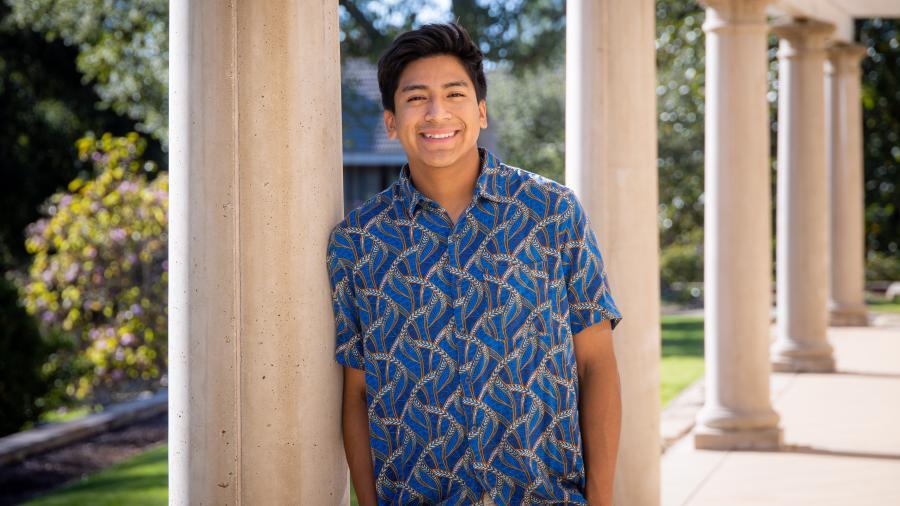 Arath Gomez ’25 chose Westmont thanks to a generous Young Life scholarship that covers his tuition, room and board. He became a Christian when he got involved with Young Life. Two friends texted him and asked if he wanted to join them at a meeting. “I never stopped going,” he says. “For some reason, I kept at it. I was super dedicated and made sure that I never missed a single event.” He now believes in Jesus.

Arath appreciated going somewhere safe on Monday and Thursday nights. He grew up with few kids his age in his neighborhood and spent much of his time playing video games inside with his brother. When his brother graduated from high school, Arath realized he needed to find a community.

Some people wondered why he was so involved with Young Life. “It’s one of those things you can’t describe,” he says. “You just go ahead and do it. I love their mission of providing a great environment for kids. It’s such a neat way to build community through forming great relationships with strong Christians and having fun together.”

His faith has grown deeper at Westmont through chapel. “Going to services on Monday, Wednesday and Friday is really refreshing,” he says. “This is my first time experiencing what it’s like to go to church. I get chills a lot of the time, especially when we’re worshiping. I love hearing everyone sing at the same time.”

Arath grew up in Santa Barbara. Luke Perez ’23, his high school Young Life leader, also attends Westmont as a Young Life scholarship recipient. They worked at In-N-Out together during Arath’s senior year and became close friends. Luke brought him to Westmont and showed him around the beautiful campus.

Arath loves the personal environment and the support each student receives in small classes. “My favorite part of Westmont is walking into every class knowing that my professor knows who I am,” he says. “That is super sweet.” 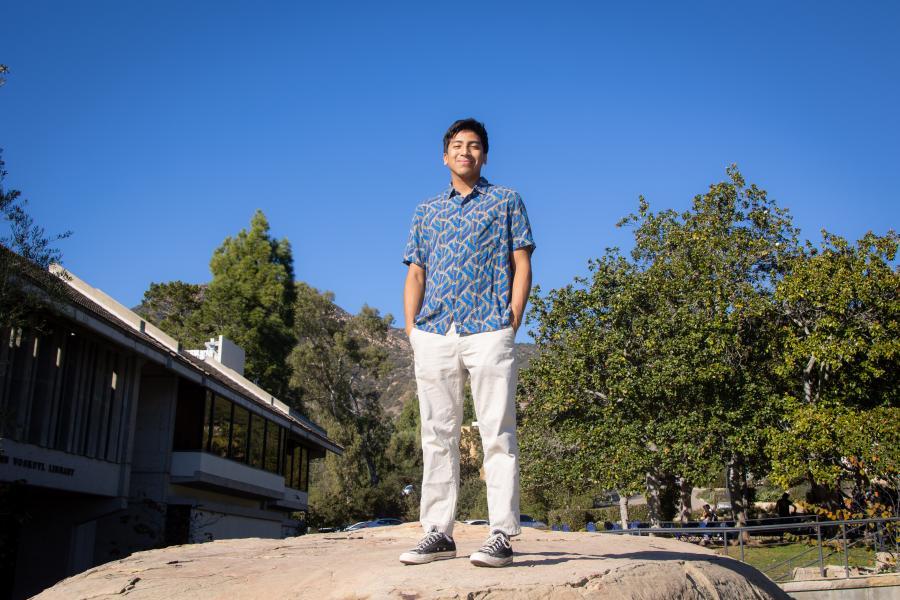 An economics and business major with a minor in communication studies, Arath hopes to start his own business someday. He is passionate about the environment, especially the ocean. “I’ve always wanted to start a clothing line,” he says. “In high school, I had this crazy idea about taking ocean waste and figuring out how to reuse it to make clothing.” Effective communication will help him market and run a business well.

The first few weeks of school were hard for Arath. Many of his friends left town for college, and it felt strange staying behind. Now he’s excited for the future and enjoying every day. “Lately everything seems to be coming back to Westmont,” he says. “I’m so grateful for the opportunity. College is hard, but I’m enjoying it so much.”

Arath works in the admissions office at Westmont, leading tours and sharing his experiences with prospective students. He wants to join the rugby club. He looks forward to being even more involved in the community. “I feel like I’m meeting someone new every single day,” he says. “That makes it really fun.” 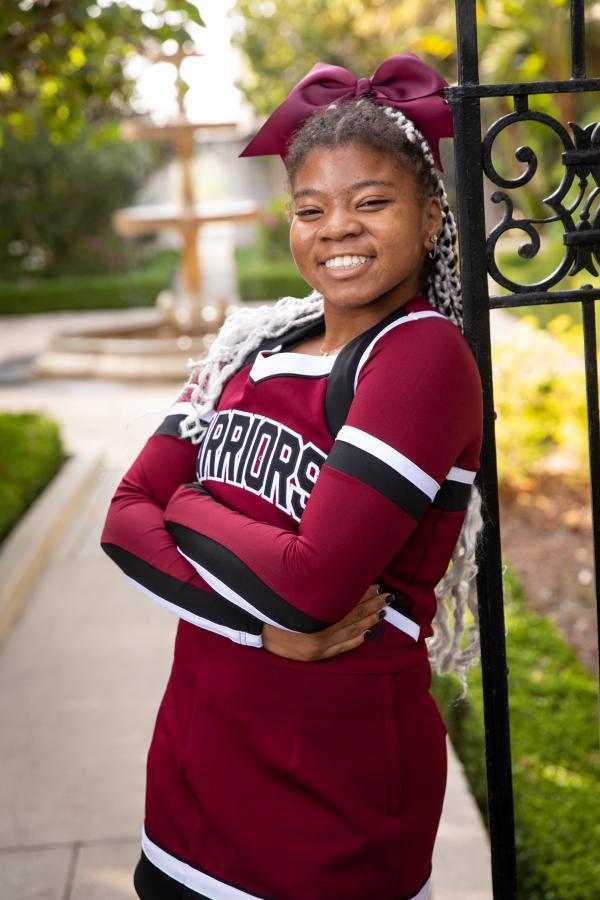 Joy Collins ’25 comes alive in the lab. Scalpel in hand, she loves every part of the dissection process. Her faith in Christ fuels her passion for science and service.

She sees the power of God in every dissection. “I’m amazed at how God created the body and the mind and want to learn more about how the body works,” she says. “I’m amazed we have bones and muscles and use our mind to move them without being consciously aware we’re breathing and moving.”

Joy spent Thanksgiving serving meals to families in downtown Los Angeles. With other members of her church, she scooped mashed potatoes to the beat of energetic music and laughed with the visitors. She is passionate about serving and received the U.S. medal for volunteerism earlier this year after completing 150 hours of volunteer work such as handing out gift baskets to residents at a home for the elderly to serving as president of her school’s American Sign Language club. “Her level of engagement to serve others as a volunteer was extraordinary to see in such a young person and very inspiring,” said Irene Neller, vice president for enrollment.

Joy enrolled at Westmont as an Augustinian Scholar, receiving a generous four-year scholarship and participating in the honors program, which pursues academic rigor and Christian formation to prepare students for faithful service in their communities. The application essay asked her to address a “wicked problem” requiring multiple perspectives and solutions: how to steward and protect the environment. Joy grew excited as it engaged her passion for science, faith and service.

She fell in love with Westmont’s friendly community and beautiful campus. More importantly, she loves the Christ-centered learning environment. “I wondered how incorporating my faith into my education would strengthen my relationship with God,” she says. “In public school you can’t talk about faith.”

Faith has grown her love for science, and she dreams of becoming a coroner or medical examiner. She loved dissecting in middle school and enjoyed learning about the body in her high school anatomy class. A biology major, she plans to attend medical school to become a coroner. She appreciates Michael Everest, her chemistry professor. “He makes it fun,” she says. Eventually, she hopes to get involved with research.

Joy notices the presence of God in culture as well as creation. In high school, she worked on a project for her Girl Scout Gold Award celebrating Black history and culture through a quilt. Each square represented a story from Black history.

Joy participates in Westmont’s Intercultural Programs and belongs to the Black Student Union. “It’s nice to connect with people who are like you and have similar experiences,” she says. “It’s a space where we can be open and talk about hard things.”

Joy went to San Francisco with Intercultural Programs during fall break, exploring different cultures and their impact on the world. The group visited Japantown and Chinatown, looking for God’s presence in every culture. They talked to a man who catalogues hate crimes in these communities; he documents thousands of cases.

Each student, including Joy, read a statement. She vividly remembers experiencing the pain in those words. “Everyone’s pain is pain, and you can’t just say that my pain is greater,” she says. She wrestled to find God in the midst of it.

“It strengthened my faith as I realized I have the ability to change this world and not be overcome by feelings of anger and sadness,” she says. “He is still with me even in the midst of the horrible things that happen.” 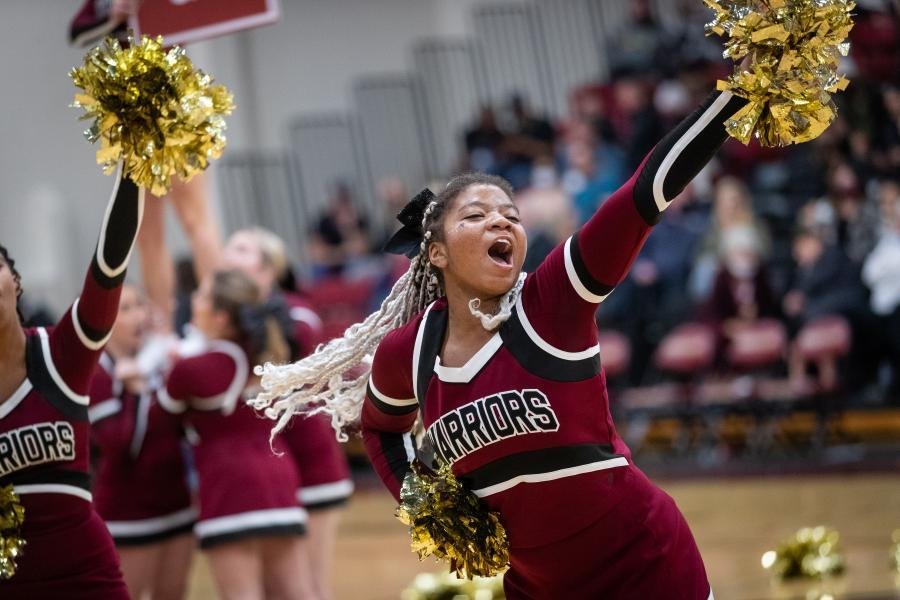 Westmont has strengthened her faith in other ways. She experiences the power of gathering together regularly in chapel. “Some of the talks have really made an impact,” she says. “God has used them to speak to me at just the right moment.” She can hear the passion in the voice of one of the first-year worship leaders, “I feel the Holy Spirit, and I know God is with me,” she says.

Joy graduated from a public high school in Thousand Oaks and lacked a strong Christian community. She appreciates how people at Westmont hold her accountable. “I was placed here to meet these people,” she says.

As an Augustinian Scholar, Joy enjoys talking deeply about meaningful issues with other students. The students gather on Thursday night to discuss the books they’re reading in discussions both hilarious and intellectual.

She has always wanted to cheer and explores that passion at Westmont. She hopes to study abroad in Mexico, San Francisco or Cairo. “I want to learn a bunch of languages, break language barriers and connect with people across cultures,” she says. She looks forward to growing her passion for seeing Christ in science and culture and loving her community through faithful service.