Westmont Magazine A Ministry of Medicine and Music in Mexico

By Grey Brothers, Professor of Music

Four years ago, my wife, Carrie, became a physician assistant with the ultimate goal of helping the underserved. Her brother, Andy Kramer, and his wife, Deb, have spent many years in the Sierra Madre of northern Mexico doing literacy work and Bible translation for the Tarahumara indigenous group. They serve in partnership with Hospital Misión Tarahumara in Samachique, a town of about 1,000 people in forested mountains at an elevation of about 7,000 feet. More than a year ago, Andy wrote Carrie suggesting she establish a mobile medical clinic to serve the Tarahumara in far-flung villages. Most of them still rely on subsistence farming of corn, beans, squash and other crops or travel to lower elevations to work on large commercial farms. 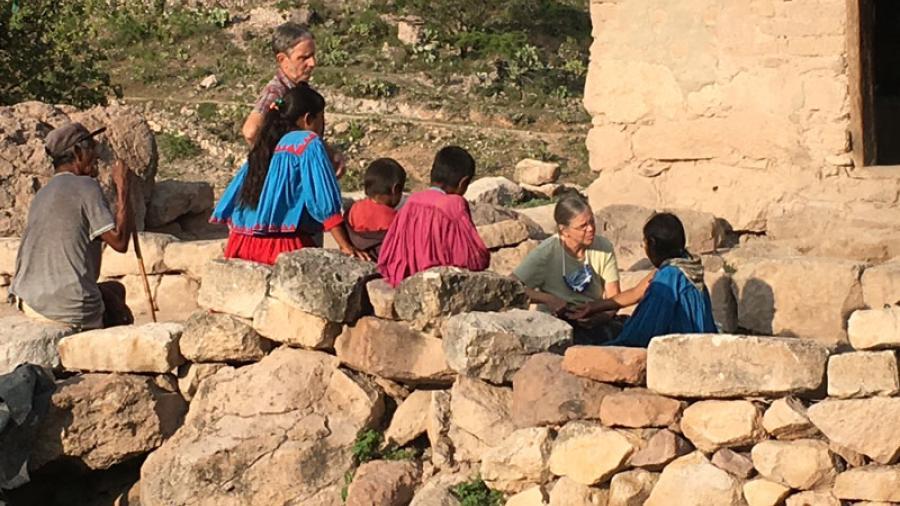 Carrie and I live on the peaceful hospital campus with ex-pat and national missionary families that include medical providers and people in other outreach ministries. We occupy the second floor of a lovely home with all the amenities. In the morning, we take daily walks in the surrounding forested hills, passing people in traditional, brightly colored Tarahumara dress waiting outside the hospital. We wake to roosters crowing. From our little balcony, I can watch the farmer across our narrow valley use a horse-drawn plow. We occasionally see the Tarahumara herd goats along the roads and mountain trails.

The Copper Canyon region of the Sierra Madre is breathtakingly beautiful and very rugged. While a paved road leads
to the hospital, traveling to hundreds of villages and homesteads on dirt and rock roads requires four-wheel drive. Through the generosity of our families and many friends in Santa Barbara and beyond, Carrie and I purchased a four-wheel-drive Toyota 4Runner, which we had outfitted for the mobile medical clinic before we left for Mexico. By now, we’ve put the vehicle through a lot; some of the roads, particularly after the late summer rains, are washed out and strewn with rubble. Many stretch from river crossings low in the canyons to narrow tracks high on canyon walls.

While Carrie and I were in the process of discerning whether to take on the mobile clinic project, I heard about efforts al- ready underway in the Sierra Madre to record devotional music by indigenous musicians and to distribute it, along with Bible readings and teaching in the Tarahumara language, across the region through inexpensive MP3 players. The effort has been wildly successful, with thousands of players handed out. I decided to help this effort by recording more Tarahumara musicians eager to share their songs.

Much of the Tarahumara Christian devotional and worship music reflects the influence of the traditional mestizo music, canción ranchera, popular in Mexico and the southwestern United States. Typical accompaniment among the Tarahumara includes instruments in the guitar family and sometimes accordion or violin. I work with musicians at various evangelical churches in the region.

So far, I’ve recorded 20 songs written and performed by Miguel, a Tarahumara man who lives on his rancho with his wife, two children and extended family. We record in the one-room adobe where his parents live using battery-powered equipment. It’s challenging; one of Miguel’s burros might begin braying nearby, or the wind might rattle the plastic sheeting covering the window. To get there, I drive about an hour on a dirt-and- rubble road, part of which is just a river bed. I aborted my last trip when I realized we risked sliding down into the canyon on a heavily rutted grade slick with a recent rain. Carrie, Miguel and I loaded up and made the last mile on foot.

I plan to write a paper on my work with the Tarahumara for The Global Forum on Arts and Christian Faith, the electronic journal of the Global Ethnodoxology Network. Ethnodoxology is the interdisciplinary study of how Christians in every culture engage with God and the world through their own artistic expressions. People respond strongly to the gospel sung in their own music.

Musicians from another indigenous group in the region, the Tepehuan, have also asked to share their music, and I’m interested in such a project as little of their music has been recorded. I may also submit an article on this work to an ethnomusicological journal.

My interest in Mexican music dates back to my doctoral studies at UC Santa Barbara. I belonged to an early music group that presented choral music composed in colonial Mexico. While searching for a dissertation topic, I obtained micro lm of a few 17th-century manuscript Mexican choir books—large enough to be propped up and read by a small choir—that had never been included in a modern edition. I traveled to the Mexico City cathedral archives in 1997 to see them for my- self. Since then, I’ve spent several weeks in Mexico City and at the cathedral in Oaxaca working with other manuscripts. My editions of settings of the Passion taken from the four Gospels have been published in A-R Editions and The Web Library of Seventeenth-Century Music. I’ve performed some of this music with the Westmont Chamber Singers and the choir at Trinity Episcopal Church in Santa Barbara, where I’ve served as minister of choral and congregational music for more than 30 years. 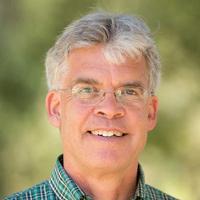 A singer, conductor, and scholar trained as a musicologist, Professor Brothers joined the Westmont music faculty in 1993. He teaches a variety of classes, including History of Western Music and Survey of World Music. He has led or co-led Westmont in Mexico and Europe Semester and directed first-year choral groups and the Westmont Chamber Singers.