Westmont Magazine New Faculty are at the Head of Their Class 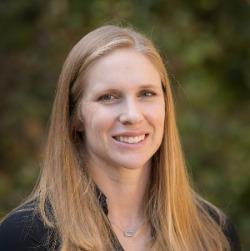 Bryant, a visiting assistant professor for three years at Westmont, has launched a study of the effectiveness of Christian aid organizations. Her research focuses on the efficacy of foreign aid pro- grams and how political factors influence the behavior of organizations providing aid, especially multilateral agencies.

“I have always admired how Westmont students and faculty consistently integrate their academic studies with deeper questions of faith, purpose, and justice,” she says. “I eagerly look forward to contributing to this broader purpose in service to our Lord.”

Last year, Bryant led Westmont students to the National Model United Nations in New York City, where several won awards. “The conference itself is incredibly demanding, but students leave with amazing memories as they gain first-hand experiences in policymaking, negotiation and working in cross-cultural contexts on pressing global issues,” she says.

She has a keen interest in improving data literacy among students and has also taught environmental politics. She graduated from USC and earned a doctorate from Texas A&M University. 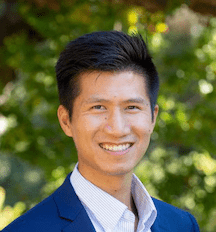 After graduating as valedictorian, Daniel Gee ’13 has returned to teach music and conduct the Westmont College Choir. He majored in both music composition and philosophy, earned a Master of Music degree at the USC Thornton School of Music and completed a Doctor of Musical Arts there. He served as the assistant conductor of the Long Beach Symphony, associate conductor of Choral Arts Initiative and ministered as a church choir director and youth adviser.

“I had a rich and formative experience at Westmont studying a wide range of subjects,” he says. “My professors were phenomenal, and while many are now colleagues, I still consider them mentors.”

As a composer, Gee has fulfilled several commissions, including one for the West- mont Orchestra. His work “The Ploughman” for chorus and piano was published by Colla Voce Music on the Jo-Michael Scheibe Choral Series.

“Music in all its manifestations is a breathtakingly diverse and rich gift from God,” Gee says. “Choral music contributes uniquely to this manifold witness in its accessibility and humanness. It seems that we often reserve our most important words for song.” 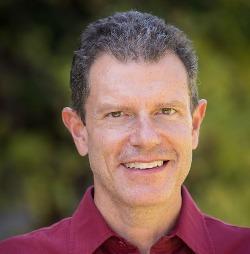 Haring-Kaye earned tenure as a professor of physics and astronomy at Ohio Wesleyan University and taught at Purdue University Northwest. He earned

his bachelor’s and master’s degrees at Florida State University before completing a doctorate there in nuclear physics.

He enjoys including students in his research. He has been a principal or co-principal investigator on four National Science Foundation grants; two cultivated research experiences for undergraduates. He has co-authored more than a dozen publications with students and supervised more than 40 student publications or presentations.

His research focuses on the structure of atomic nuclei through gamma-ray spectroscopy. Each nucleus emits a characteristic pattern of radiation that acts like a fingerprint.

“I am constantly amazed at the beauty, order and complexity of the world around us and in the universe as a whole, which strongly point to God’s purposeful design,” he says. “I look for opportunities to share these aspects with my students.”

Haring-Kaye has also taught astronomy, optics and analog electronics. “I see the Westmont Observatory as a signature component of the campus and a key instrument in training physics majors,” he says. 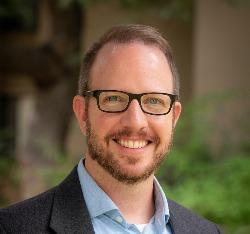 A scholar who specializes in population health, medicine and religion, Kent did postdoctoral research at Harvard Medical School and Massachusetts General Hospital. He graduated from Wheaton College, earned a master’s in theological studies at Regent College and then a master’s and doctorate in sociology at Baylor University. He is a co-investigator on a major Templeton grant for the National Spirituality and Health Consortium.

“Westmont students want to become saturated in the best of current scholarship and in the remarkable resources of our Christian faith,” Kent says. “The Chris- tian narrative is grounded in a passion for both justice and true knowledge.”

A large-scale quantitative survey researcher, Kent hopes to involve students in his work with major epidemiological cohort studies. He has published nine research studies this year, including several related to depression and religious belief.

“My research examines both positive and negative links between religion and mental health,” he says. “As Christians, we’re called to pursue truth no matter where it leads us, and inevitably that will take us to uncomfortable places where we have to confront ourselves and often cherished social institutions as well.”