Westmont Magazine A Novel Approach to History and Faith 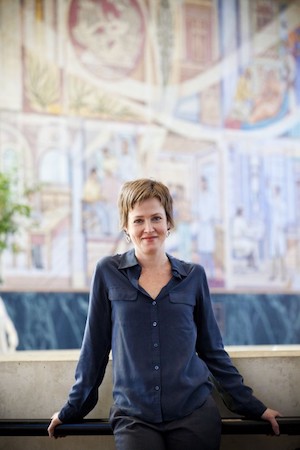 Stacia Brown ’94 always knew she wanted to write, but it took time to find the right fit. She tried academic writing while completing a Master of Divinity at Emory’s Candler School of Theology and a doctorate in the history of religion, also at Emory. She published articles in Sojourners Magazine. “I finally realized I wanted to write stories, to make things up and use my imagination,” she says.

Drawing on her historical training and desire to create something new, she wrote “Accidents of Providence” (Houghton Mifflin Harcourt, 2012). The book is loosely based on the experience of a woman imprisoned in 17th century London. “I wanted to be faithful to the period and culture but leave room to imagine and create,” she says. “We know what women’s lives were like from the outside, and we can hear their voices through court transcripts, but we don’t know what they were thinking. I believe they had deep and multifaceted thoughts and interior lives like we do today.”

For her dissertation, Stacia wrote about martyrs in 17th century England and their war of words. As the century progressed, religious rhetoric changed from embracing martyrdom as something noble to considering it suicidal and weird. “Christians were starting to become more modern,” she says. “I’m often overwhelmed that we keep repeating our own worst mistakes. Seventeenth century England represented much distrust and unwillingness to listen to others, with religion and politics wrapped up with each other.”

Through her fictional characters, Stacia explores faith-related issues, an interest that dates back to her time at Westmont. Religious studies classes asked the kind of questions she was asking herself, so the major seemed a good match. At the Urban Program, she did an internship at a homeless shelter; her first full-time job was working as a floor monitor for the swing shift in a shelter. “It was intense dealing with people with severe needs, substance abuse and mental illness,” she says. “There were no easy fixes; you did what you could.

“Seminary picked up where Westmont left off theologically,” she says. “I was interested in bringing a large number of voices to the theological table and having a broader conversation steeped in the church across lots of denominations.”

Stacia’s studies of the history of Christianity led her toward the theology of difference and otherness. “I wanted to read different kinds of theology to see if they had anything to say to each other,” she says. “I think we need to continue reading and talking across religious differences and with people outside our own religious communities. We live in a global community with different viewpoints, and they all deserve a place at the table, even those whose views we find abhorrent. Westmont is good at encouraging students to respect people’s viewpoints and listen and be willing to have those hard conversations.”

Stacia has worked at the Emory Center for Ethics, teaching and helping students think ethically, as an academic administrator in the provost’s office and is now a development director for Emory’s medical school. These jobs leave her with time to write; she finished her first novel in five years and is writing a second about missionaries in San Francisco in the early 20th century.

As a communicator, Stacia focuses on translating ideas and concerns from one world to another, a good skill for a historical novelist. Her background shapes her stories. “I gravitate toward characters who ask questions about what it means, or doesn’t mean, to fulfill their duty to their neighbor—especially when doing so directly threatens their own personal happiness,” she says.